You’ve seen it on movie posters and on store fronts, but you’ll only notice it if you’re looking for it. The Futura typeface is pretty much everywhere, a phenomenon Christian Weber and Sarah Schmitt call the “Futura type trap,” which also happens to be the name of their website.

The website first launched on September 15 in 2016 as part of a typeface exhibition at the Gutenberg-Museum in Germany. Since its conception, over 691 images have been documented featuring the Futura typeface in countries such as Austria, Portugal, and Ukraine. When an image is uploaded, Weber and Schmitt review the submission, then mark the location on an interactive map with a drop pin. 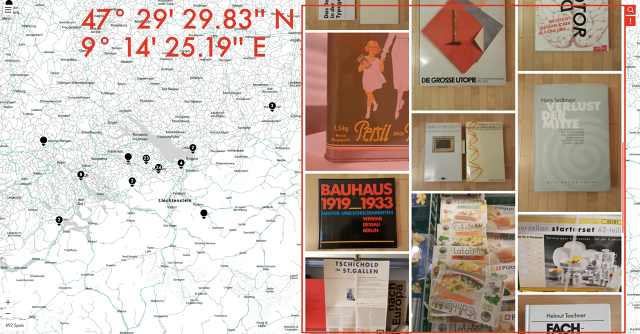 Based in Germany, Weber and Schmitt began working on the site in 2014 as part of a student project for the intermedia design masters program at the University of Applied Sciences Mainz. The team, which originally consisted of Weber, Schmitt, and fellow students Jan Lorenz, Franziska Mamitzsch, and Daniel Webberuß, developed the project as part of an exhibition,  FUTURA. THE TYPEFACE, curated by the professors of the program for the Gutenberg-Museum. Now, the site continues to grow and is constantly receiving submissions from Futura hunters. 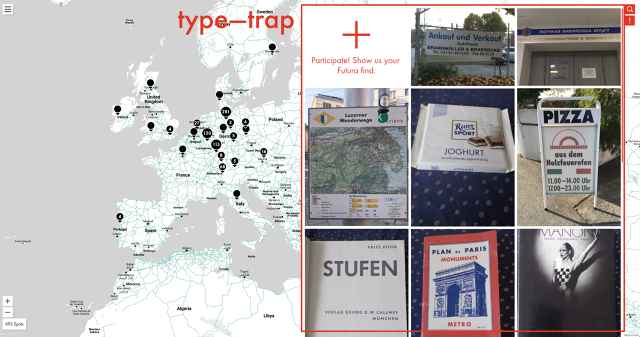 “There’s a challenge between the German cities Hamburg, Kiel, and Aachen,” the designers told Co.Design in an email. “They would like to become the city with the most Futura finds, but Kiel currently holds the first place.”

Check out their website here and be sure to be on the lookout for the Futura type out in the wild.

How to build a stylish landing page in minutes.