Do you have the courage to listen? Take One Small Step

Every day brings new evidence of how frustrated, angry, and disconnected from each other Americans feel. We are awaiting the outcome of the presidential election with a mix of anticipation and anxiety, but also hope for what comes on the other side of November 3. We can see that there is a way forward for our country if we have the courage to listen.

That’s why I’m proud to announce that we’re scaling up One Small Step, our multi-year national effort to begin to mend the fabric of a country at the breaking point.

Listen to a special broadcast we produced in partnership with NPR about the effort.

By bringing together strangers across political divides to have courageous and meaningful conversations about their lives, One Small Step helps to decrease feelings of contempt, allowing people in America to see one another as human beings.

Conversations recorded for One Small Step are not about politics, but rather about who we are as people: what we care about, and our dreams for the future. And just as with every StoryCorps conversation we’ve recorded since 2003, the interview becomes part of American history at the American Folklife Center at the Library of Congress (with participant permission). 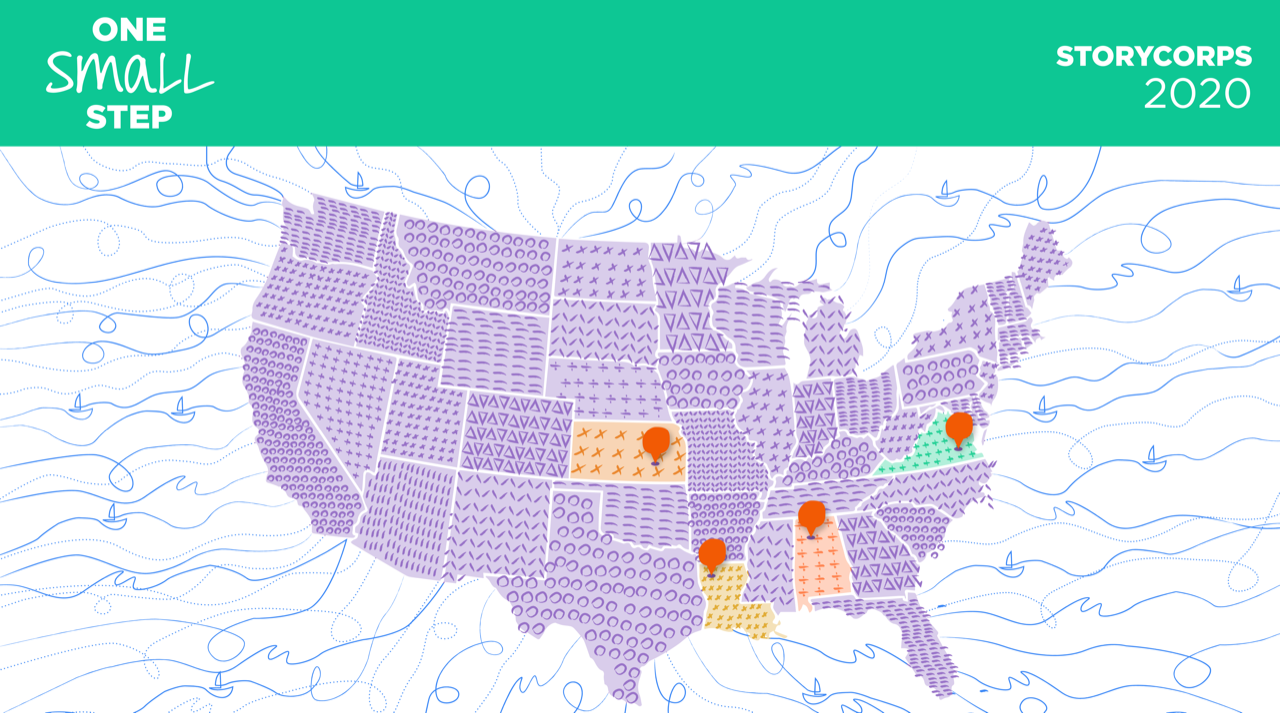 In 2020, we’re anchoring the effort in Birmingham, Alabama; Richmond, Virginia; Shreveport, Lousiana; and Wichita, Kansas. If you’re in one of these cities, please sign up to learn more about how you can help spread the word.

Our hope is that One Small Step, in these cities and across the country, will remind people in this country of the humanity in all of us, that it’s hard to hate up close.