This week has been one of the year’s strongest for new film releases. “Borat Subsequent Moviefilm” (Amazon) is the most talked-about movie in months. “On the Rocks” (Apple) reunites the director and star of “Lost in Translation.” The director of “Cast Away” and the “Back To the Future” franchise adapted Roald Dahl’s “The Witches” (HBO Max). The creator of “Dear White People” returned to feature films with an $8 million Sundance acquisition, “Bad Hair” (Hulu). And Ben Wheatley dared to remake Alfred Hitchcock’s classic, “Rebecca” (Netflix).

Of course, none of those films were available in theaters. Instead, the only new wide release was graphic novel adaptation “The Empty Man,” a 20th Century Fox title (released by Disney) produced in summer 2017. And while we don’t know the numbers for those home releases, “The Empty Man” placed fourth with $1.265 million, one of only four films that surpassed $1 million in gross.

“The Empty Man” is a typical Halloween-timed horror release, but it’s unusually long (137 minutes!) and saw little visible TV/cable advertising, received a last-minute trailer, no reviews (even the trades didn’t check in over the weekend), and a D+ Cinemascore. In short, not really the basis to determine audience interest in new films. Still, its poor #4 showing does nothing to help the cause of release rebooting.

Another dark signifier: No film averaged as much as $1,000 per theater. That’s never happened, ever, in any week that saw wide first-run films in release. It’s reasonable to believe that home-viewing titles gained much more attention, and more pleasure.

This weekend, 12 of the 20 highest-grossing titles were horror related. That includes 12 library titles, which accounted for over $2 million in gross — perhaps 300,000 tickets purchased. Theaters and studios are trying whatever they can to entice audiences, but seasonal titles that largely are available at home aren’t a sustainable option.

With Warner Bros. not reporting theater-specific grosses for “Tenet,” it is tricky to gauge the performance of newly reopened locations in upstate New York and Long Island. None of these appeared to gross among the top 100 theaters — and to be fair, we wouldn’t usually expect to see them in that context, even without New York City and Los Angeles County — but it does show a slower recovery. Warners reported that Regal Destiny USA in Syracuse was the #8 “Tenet” location. When Seattle reopened last weekend, that market provided five of the 10 highest “Tenet” results. Overall, “Tenet” held on to #3 with a 15 percent fall; it now stands at $52.5 million domestic, $341.4 million worldwide.

“Honest Thief” retained the #1 spot, dropping 43 percent — a big decline, especially considering the absence of competition. Liam Neeson’s 2019 action release “Cold Pursuit” fell 46 percent in its second weekend, but it faced three new wide openers. “The War with Grandpa” fell 25 percent in its third weekend and is at $9.7 million; neither film looks to pass $15 million.

That’s a decline from earlier openers like “The New Mutants” and “Unhinged,” both of which crossed $20 million. None of these titles would have likely reached $50 million in a normal market, but their shortfalls explain why studios are loathe to release expensive titles or spend even a low-end $15 million-$20 million to release a new film. 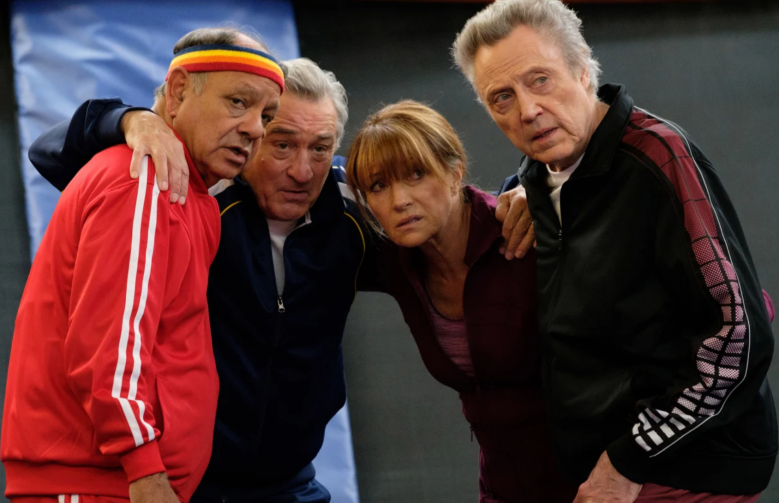 “The War with Grandpa”