Rhonda Fleming died last Wednesday in Santa Monica, California. The 97-year-old actress, who had left a successful 15-year career as a leading lady in studio films 60 years ago, was correctly noted in her obituaries as “the Queen of Technicolor” because of her flaming red hair, as well as her significant presence as a film noir actress, particularly in Jacques Tourneur’s masterpiece “Out of the Past” (1947).

Her films included a number of now-acclaimed auteurist titles like Budd Boetticher’s “The Killer Is Loose,” Allan Dwan’s “Slightly Scarlet” and “Tennessee’s Partner,” and Fritz Lang’s “While the City Sleeps,” to go along with more mainstream titles like “The Spiral Staircase” and “The Gunfight at O.K. Corral.”

Unlike actresses like Ingrid Bergman, Grace Kelly, Tippi Hedren, and others who made multiple films with Alfred Hitchcock, Fleming is less identified with the master. But he provided her with her breakout role in 1945’s “Spellbound.” A contract player for its producer David O. Selznick, she played a nymphomaniac under study by a psychiatrist and Bergman in the murder mystery, one of Hitchcock’s few Best Picture nominees.

The film is held in lower regard among his titles (its Freudian aspects have not dated well), but it did place Fleming among the remain actors that were still alive. We have previously listed the survivors, the last time two years ago when Barbara Harris (“Family Plot”) died. At that point, we counted 24 actors who had credited roles in Hitchcock’s features. The number now stands at 19, with along with Fleming, Doris Day, Katherine Helmond, Michel Piccolli, and Karin Dor no longer alive.

Fleming for much of her retirement (she had amassed lucrative holdings in real estate by the time she left movies) was married to sometime producer and exhibitor Ted Mann. His Mann Theaters included the Chinese (which he renamed the Mann Chinese) as well as significant Los Angeles area locations, particularly in Westwood. They were socially active until his death in 2001, keeping her a familiar figure in film business circles even though her popular fame waned.

It’s nearly impossible to track every actor who appeared in his work. (Anyone from Hitchcock’s early British films would have had to be a very small child.) However, there are still a number of still-living significant actors with major roles in his films.

Here are the best-known actors and/or roles (their age after their name): 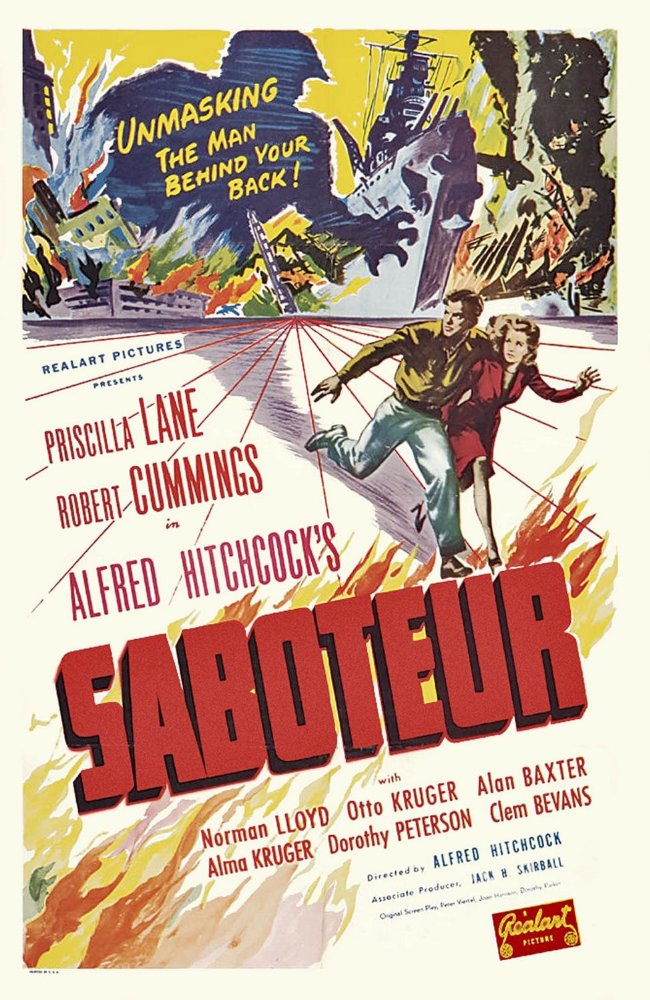 “Saboteur” (1942), a wartime spy film with a coast-to-coast chase, climaxes with a classic Hitchcock scene of the hero and villain fighting atop the Statue of Liberty. Lloyd was the villain, famously tripping over the side and begging Robert Cummings to save him in a foreshadowing of “North by Northwest” and “Vertigo.” He’s still an active presence in film circles today. He also had a less-prominent role as a psychiatric patient in “Spellbound” (1945), and his legacy also includes roles for Jean Renoir, Anthony Mann, Charles Chaplin, and Martin Scorsese.

This veteran character actor played Henry Fonda’s brother-in-law in “The Wrong Man.” He was a prominent Golden Age of Television actor; later in his career, he was Barbra Streisand’s father in “Yentl.” (Also making their very brief debuts in “The Wrong Man” were Tuesday Weld and Bonnie Franklin.)

One of the most luminous of Hitchcock’s blondes, her companionship with Cary Grant on his cross-country journey in “North by Northwest” is perhaps her best-known role. 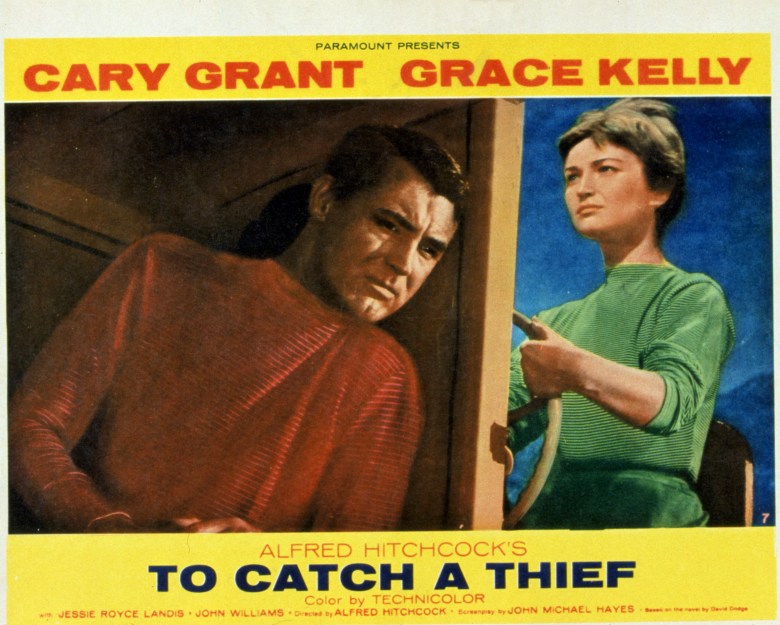 Remember Cary Grant’s surprise when he learns in “To Catch a Thief” that his rival as a Cannes cat burglar is a woman? That was Brigitte Auber. Her career otherwise, mainly in the 1950s, was in her native France.

His only child was a strong presence in two 1950s Warner Bros. films: “Stage Fright” (1950) with Marlene Dietrich, and more memorably as Ruth Roman’s precocious sister in “Strangers on a Train” (1951). Later, she has a brief but notable appearance in the early Phoenix-set scenes of “Psycho” (1960).

Hitchcock was grooming Miles for bigger things when he cast her in a somewhat thankless role as Henry Fonda’s wife “The Wrong Man.” She had already made an impact the same year in John Ford’s “The Searchers.” She became pregnant right as Hitchcock hoped she’d play Madeleine in “Vertigo,” but returned as Janet Leigh’s sister in “Psycho.”

Right in the middle of his early Bond films, Connery played the wealthy publisher who took a somewhat obsessive interest in “Marnie.” 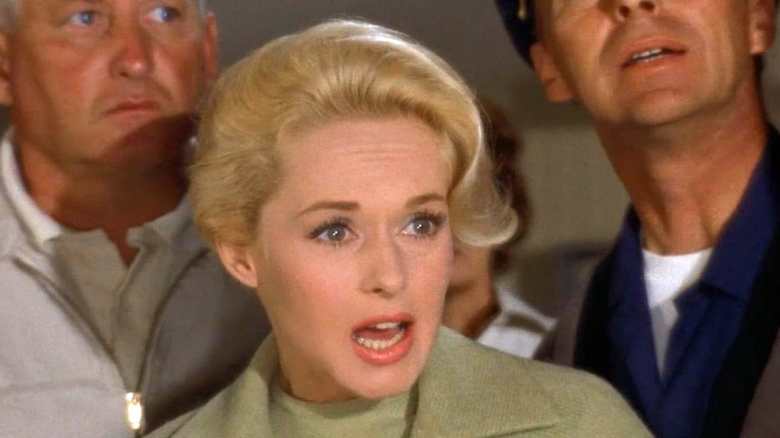 None of his actors is more closely tied for his or her work with him as Hedren. Her debut roles in “The Birds” (1963) and “Marnie” (1964) led to her charging her mentor with psychological abuse and more, with her career withering soon after working with him.

Her career would have been memorable without “Vertigo” (1958), but that film will forever be her legacy.

This legend’s film career began with her debut in “The Trouble With Harry” (1955) as a young mother in a New England town who must help the locals deal with an inconvenient corpse.

In the middle of her best-known role on TV’s “Upstairs Downstairs,” Marsh appeared in “Frenzy” — one of several delicious small parts played by major British actors.

After “The Sound of Music,” her next role was in Cold War thriller “Torn Curtain” (1966) as Paul Newman’s fiancee. 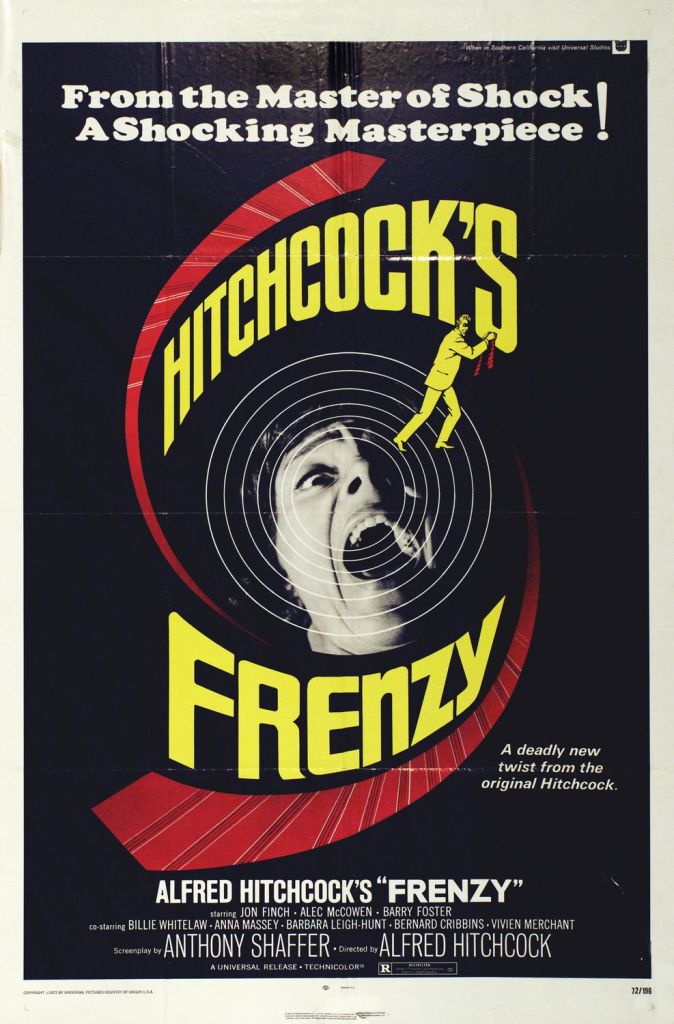 The film debut for this stage actress as the strangled woman in “Frenzy” (1972) is by far the best known in her career.

His biggest roles have been for TV, but Devane’s turn as a jeweler with a shady past in “Family Plot” was a standout in his film work.

“Marnie” is one of several supporting roles from the late 1950s to mid 60s from Baker, who here played Connery’s sister in law who warns him about his new passion.

Also in “Marnie,” she played a coworker of the title character. She remains a busy actress, mostly on TV. 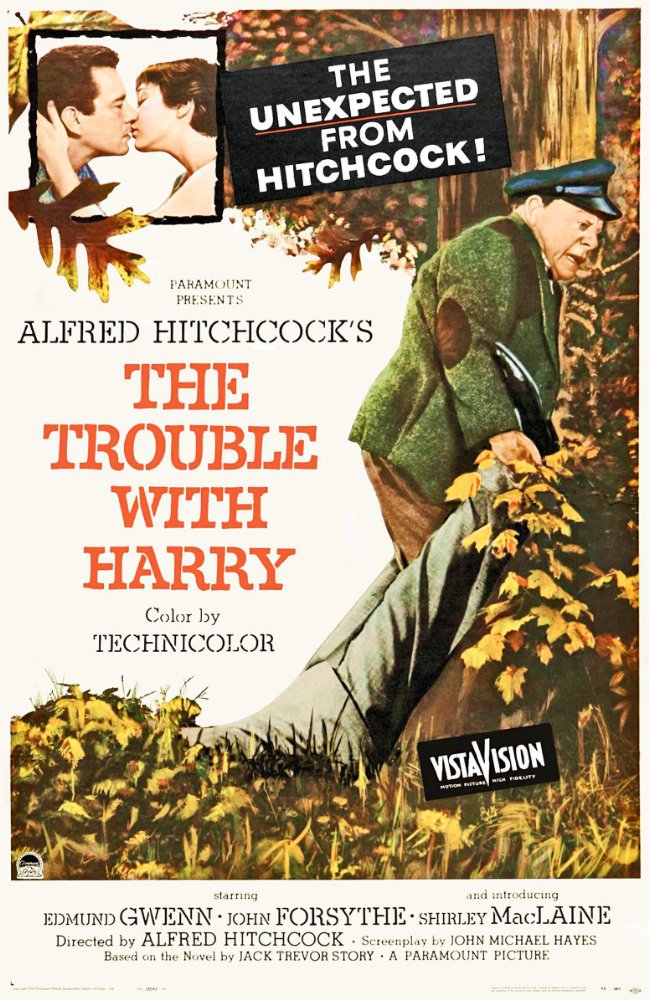 Before “Leave It to Beaver,” Mathers received his first credited screen role as the boy who first stumbles over the body in “The Trouble With Harry.”

Her role as Rod Taylor’s perky kid sister in “The Birds” led to an extensive career primarily in TV. She later had prime roles in the remake of “Invasion of the Body Snatchers,” “Alien,” and “The Right Stuff.”