‘Tenet’ No Longer #1 as ‘The War with Grandpa’ Wins Weekend Box Office with $3.6 Million

Despite the loss of more than 500 Regal Theaters, total grosses went up this weekend. Led by newcomer “The War with Grandpa,” the top 10 grossed about $9.7 million. That’s up from $8.5 million last weekend. With so many library titles adding to the pot, the full take might reach $13 million. By comparison. 2019 saw $141 million on Columbus Day weekend.

To be fair, with most of Regal gone and with New York, Los Angeles, San Francisco, and Seattle still closed, that might have reduced the potential gross by as much as half. Had Regal been open, the total would have been over $15 million. If all markets and theaters were open, the total might have been $26 million. The lack of product is a major factor, but this depressed level of business continues suggest that audiences have not restored their appetites for theaters.

After “Tenet” spent five weeks in the top spot, “The War with Grandpa” took no. 1. It opened at about half of what “The New Mutants” did in late August, with about the same number of theaters. 101 Studios made a major marketing effort here, including testimonials from customers about theater safety. That message was undercut by Regal’s last-minute retreat, but it did benefit as fresh product with very little else to see.

Star Robert DeNiro has gone this comedy route regularly, most recently with “Dirty Grandpa” with Zac Efron. That opened to $11 million. (Despite the title and star, “War” is not a sequel — it’s based on a children’s book — although audiences might have thought otherwise.) With that as a comparison, we might expect “War” to have doubled its opening, to around $7 million, under normal circumstances. It benefitted from familiar content (De Niro in a comedy as an unlikely grandpa), but lacked the same costar draw (this time, Uma Thurman).

Its Cinemascore was B+, although comedies often lag in this gauge. The Saturday trajectory was positive (+38 percent) and suggests the potential for word of mouth. Still, even a 4x multiple would only get this to $14 million. (Of note: “War with Grandpa” was filmed in early 2017 and originally slated for release in February 2018 through TWC’s Dimension label.) It’s another case of silver linings for independents right now, and more are coming: “Honest Thief” and “2 Hearts” this week (both from Open Road), and “After We Collided” (Voltage) the following. 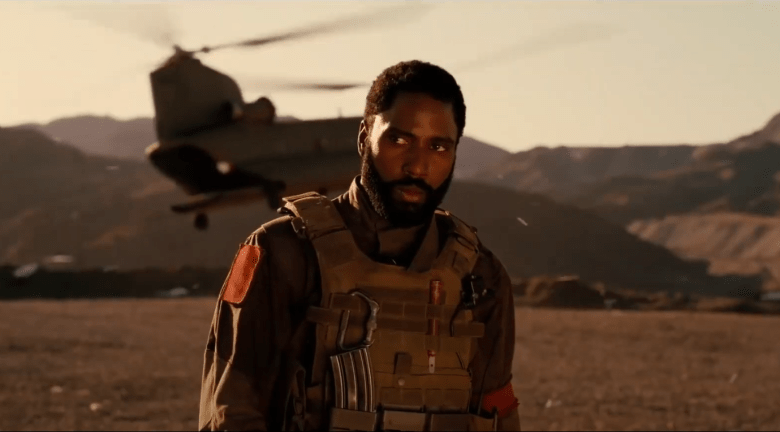 The three longer-running titles in the Top Ten continue the trend of stronger audience holds. Again, the lack of new titles remains the top reason, but particularly for “Tenet” and “Unhinged” (Solstice), the decrease of around 20 percent does show signs of an incremental return to theaters.

“Tenet” has passed $48 million in North America. Barring opening closed markets in the short term (Seattle due this Friday), it probably won’t hit the $2 million weekend mark again. With steady play, it should top $60 million domestic, with more possible. Worldwide it has reached $323 million, with a little under $8 million added this weekend. It remains on track for an ultimate $350 million-$400 million total.

That performance suggests that while Warner Bros. has done an impressive job in difficult circumstances, now is not the time for other studios to follow suit with expensive releases.

About $2 million of the top 10 came from three library titles – “Hocus Pocus,” “Coco,” and “Beetlejuice.” Also placing is the only other new title, “Honest Thief,” released by VVS in Canada, and opening there a week before its U.S. wide release October 16. A thriller with Liam Neeson as a bank robber doubled crossed by the FBI, its north of the border performance (good enough for #7 in the overall Top Ten) suggests a $3-4 million U.S. opening next weekend.