‘Tenet’ Earns $6.7 Million, Total Box Office Is Under $15 Million: Theaters Are in a World of Hurt

Aided by 100 additional theater openings, “Tenet” fell only 29 percent in its second North American weekend. That’s a good hold — however, that represents just $6.7 million in 2,910 theaters. Based on that drop, “Tenet” earned about $9.5 million in its opening weekend.

There’s lots of caveats here: About 70 percent of theaters are open in the U.S., but the top-grossing locations in New York and Los Angeles remain closed. This weekend didn’t have a holiday attached, and since “Tenet” played for four days (including Thursday with full shows) before the weekend, that would likely reduce the first weekend’s total.

The best news is that Warners reports that among the five top grosses for “Tenet,” four were in newly reopened areas. The top market was Los Angeles driven by cities in Orange County (Orange and Irvine), just south of Los Angeles. Fourth was the Paramount Drive-In (in L.A. County), with fifth best in Fort Lauderdale.

This provides support for Warners’ hope that as (or if) theaters in the largest markets do open, there will be residual interest in Christopher Nolan’s film. The domestic total is now estimated at $29.5 million.

That represents 15 percent of the worldwide total to date, which has now hit $200 million; international added another $30.6 this weekend. Comparisons are a bit inexact given the studio’s partial reporting, but that looks to be down from around $58 million last weekend. With most territories now in their third week, and China by far the biggest drop (down 66 percent, though at $10.2 million still the top-grossing country), this is overall a decent showing. Among limited figures given, Germany (-36 percent) and France (-34 percent) suggest normal ongoing performance.

International play was always given as the motive for this risky release. “Tenet” still looks on track for an over $300 million ultimate theatrical total. That would be likely lower than production and marketing expenses, but also only part of ultimate revenues (which, because of resistance to theaters, could be a higher part of the total).

And sadly, that might be as good as it gets from now until at least late October. Forget about any comparisons to normal times (which these certainly are not): The domestic theater total gross this weekend will fall short of $15 million. Roughly, that suggests perhaps $5,000 per theater — not enough to cover operating expenses.

For all the justified focus on “Tenet,” as important a result this weekend was the paltry $1.125 million earned by Sony’s “The Broken Hearts Gallery.” That was in 2,204 theaters, leaving a per-theater average of just over $500 and only placing fourth.

Numbers like these alleviate safety concerns about overcrowding, but they do nothing to encourage other distributors to fill in release-schedule gaps with smaller titles. At this point, it feels like money poured down the drain. Since films must observe normal theatrical windows to play top circuits , there is even less reason to go. 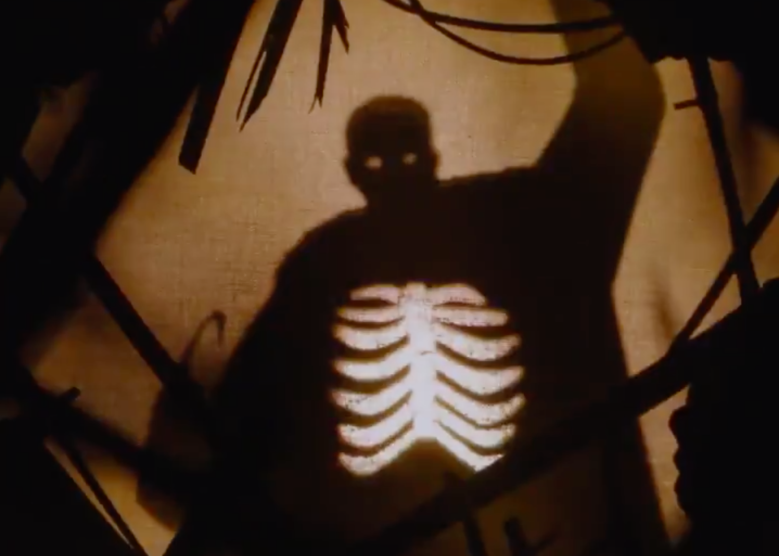 As the saying goes, the operation was a success but the patient is dying. Theaters are open, and operations have been smooth; it’s possible that more, and more significant, cities will reopen in the coming weeks. However, upcoming weeks will see no new major releases. With “Wonder Woman 1984” delayed until December — the sole potential blockbuster for next month — and Universal taking “Candyman” out of October 16 until next year, studios are saying it’s not worth it.

This leaves theaters in dire straits. This weekend, the average complex grossed under $5,000 (before concessions). More than half of that goes to film rentals. They have staff and other operational costs to pay, as well as rent to landlords. Theaters have a stronger hand in negotiating rent if they’re closed. Once open, they owe, and now they face weeks of operation at a significant loss.

Theaters weren’t fools in trying to reboot. They were operating from a weak position where opening gave a hope that audiences might flock to “Tenet,” and if so other top films would follow. They also feared not opening would encourage more VOD plays, which would lead to greater problems. Now, they face further financial stress.

Two holdover films followed “Tenet.” “The New Mutants” in second grossed $2.1 million in 2,704 domestic locations in its third weekend for a $15.3 million total. “Unhinged,” now in its fifth weekend, held well at $1.5 million, down only 20 percent and with a total of $13.8 million.

In fifth place is “After We Collided,” the sequel to 2019’s “After.” Playing only in Canada, It took in around $600,000 in around 300 theaters. International dates so far, excluding Canada, are $21 million. It is scheduled for U.S. play next month.

No other holdover titles grossed as much as $250,000. “Words on Bathroom Walls” came closest in sixth. Through four weekends it has yet to gross $2 million, despite playing as widely as possible.

Key international news was the bad opening for “Mulan” in China. For months, the assumption was Disney keyed all its delayed plans to this release. It came in at a paltry $23 million for three days. Piracy may have been a factor, with much of the world having PVOD access. Or, perhaps moviegoers aren’t into a foreign retelling of a local legend.

Controversy erupted in the U.S. last week when it was discovered that the “Mulan” credits thanked a sanctioned group in the Xinjiang region for production help. The Chinese responded by suppressing coverage of the controversy.