How Chadwick Boseman Committed Himself to Mainstreaming Stories of the Diaspora

In a world consumed by celebrity culture and stardom, Chadwick Boseman was a selective and consummate method actor. He rarely gave interviews, or allowed the public access to his personal life. Boseman, who died August 28 at the age of 43, never spoke publicly about his colon cancer diagnosis, which he received four years ago. “His parents are very humble and private people. It does not surprise me that he decided to be very private about his illness and through the stages of death,” said Terence Roberts, mayor of Anderson, S.C., Boseman’s hometown. “It speaks to his character. His values were instilled by them.”

As a performer almost obsessively dedicated to the details of his craft, tributes will surely praise Chadwick Boseman’s diligent preparation. While that indicated the commitment he brought to his characters, the pleasure in watching him on screen didn’t lie in his homework; it was his uncanny ability to disappear.

While an undergrad at Howard University, Boseman earned a slot in a summer theatre course at the University of Oxford’s Balliol College in England. His Howard University professor, actress Phylicia Rashad, arranged for his costs to be paid for by her celebrity friends. Later, he taught acting at the Schomburg Centre for Research in Black Culture in Harlem, and spent years in single-episode bit parts on shows like “Third Watch” (2003), “Law & Order” (2004), and “ER” (2008) before landing recurring roles on “Lincoln Heights” (2008-09) and “Persons Unknown” (2010).

Leading roles for Black actors were still few and far between when Boseman entered mainstream consciousness with his solemn yet stirring portrayal of Jackie Robinson in Brian Helgeland’s 2013 biopic “42.” There was a wonderful synchrony to his casting as the history-making rookie infielder and baseman, and the rookie actor’s own debut in Hollywood’s major leagues. They possessed a similar hunger to succeed, and Boseman exuded intelligence and charisma to spare.

In 2014, Boseman gave James Brown new life in “Get On Up,” bringing the whole of the character — Brown’s stage performances, his voice (with Boseman contributing some of his own singing), and his temper to vibrant life. It was a magnetic central performance that elevated an otherwise pedestrian biopic of one of pop culture’s most complicated figures. 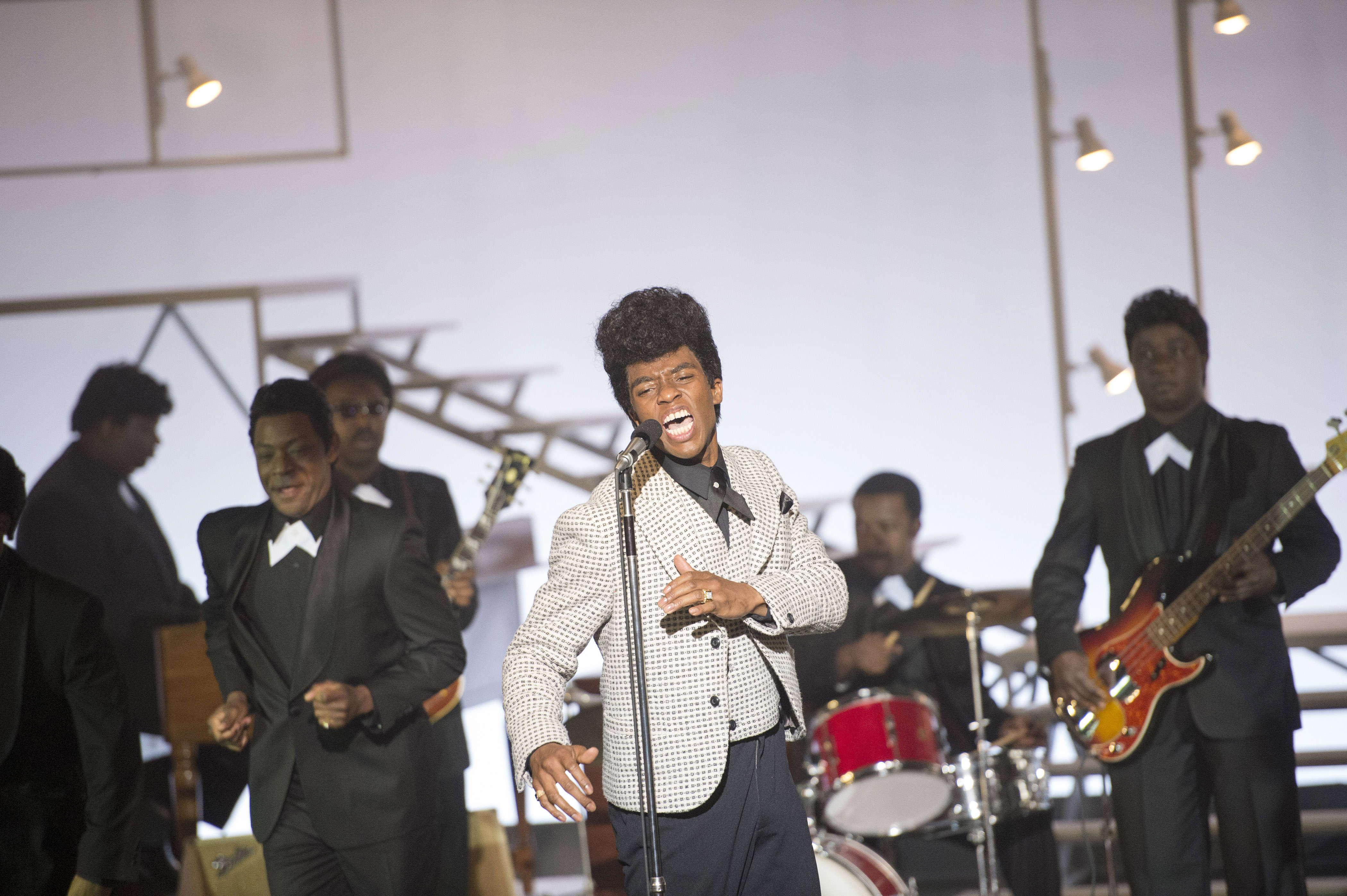 Beyond his own talent — which put him in an elite group of leading Black actors like Denzel Washington and Will Smith — Boseman chose to play larger-than-life characters with a palpable nobility and commitment to racial emancipation. As Hollywood began to face a racial reckoning with movements like #OscarsSoWhite and Black Lives Matter, it gave his performances an even greater sense of gravitas. Then, in late 2014, Marvel announced that Boseman signed on to star as Black Panther.

This was a watershed moment in Hollywood history. “Black Panther” offered a narrative that stepped into the vast and mostly ignored mythology within the African diaspora. Never before had such a racially specific work of speculative fiction received a rich budget and worldwide attention, and Boseman more than carried the load. Confirming his achievement was the film’s record-breaking worldwide gross of $1.3 billion.

Many actors can convincingly shapeshift, but he was one of a few capable of remolding himself entirely. He had to be athletic to portray Jackie Robinson. He had to have quick feet, flexibility, and amazing coordination to pull off some of the most famous dance moves of all time in “Get on Up.” And in “Black Panther,” he had all of that while exuding supreme confidence as he assumed the throne as Wakanda’s king.

Yamma Brown Alexander and Deanna Brown Thomas, daughters of James Brown, praised Boseman’s mastery of their father’s mannerisms and dance routines. “His splits were spot on, and he should have gotten an Oscar just for that,” Deanna Brown said. “The scene where he is walking down the hallway and they were chanting his name and you just saw the back of him, with that red suit on. Oh my God, oh my God, oh my God. I walked behind my father a lot on the road. That walk, he just had it. It touches me every time I see it.”

For “Black Panther,” Boseman developed the Wakandan accent himself, according to “Captain America: Civil War” co-director Joe Russo, and used it on- and off-camera during the production. South African thespian John Kani (who plays T’Challa’s father T’Chaka) taught him the Wakandan language, which is based on the African Xhosa language.

In a tribute on South African radio station 702FM, Kani said of Boseman, “The urgency in his demeanor was almost like the Creator was giving a signal that he hadn’t got enough time.” Boseman might have suspected as much. His battle with the emperor of all maladies began before production started on “Black Panther,” and his subsequent years were his most prolific.

Ten of his films were released on or after 2016, the year he would have been first diagnosed with colon cancer. After “Black Panther” was released in 2018, Boseman starred in smaller films like the action thriller “21 Bridges,” in which Boseman played an embattled NYPD detective thrust into a manhunt for a pair of cop killers, and Spike Lee’s “Da 5 Bloods,” playing Stormin’ Norman, the leader of a group of African American soldiers during the Vietnam War. It’s Boseman’s character who commits to redistributing their re-appropriated gold to Black neighborhoods — not unlike Black Panther’s decision to share Wakandan technology with people of African descent around the world, to help them conquer their oppressors.

In his final film, Netflix’s adaptation of playwright August Wilson’s “Ma Rainey’s Black Bottom,” Boseman portrays hot-tempered trumpet player Levee Green. He was also attached to star in an adaptation of the legendary true story of Yasuke, regarded as the first Black man to set foot on Japanese soil. He was brought to the nation in the 16th century as a slave to Jesuit missionaries, and served under Japanese warlord Oda Nobunaga.

We don’t know what else he would have done, but we do know Boseman had the talent, charisma, and work ethic to continue surprising audiences for decades. As the host of the April 7, 2018 episode of “Saturday Night Live,” he proved he could handle comedy. In 2014, he sold an untitled pitch to Universal. “Being a complete artist is what I’m interested in,” he said.

“There’s a plethora of stories in our culture that haven’t been told, because Hollywood didn’t believe they were viable,” he told the Associated Press in 2018. “It would be cool to see slices of history that you haven’t seen with African figures.”