AMC Theatres’ reopening plans, announced August 13, included more detailed safety measures, a gradual rollout, and several ticket and concession promotions. The element that grabbed the most media attention was the one featured in the headline of its press release: “AMC Theatres Reopens Its Doors on August 20 by Celebrating 100 Years of Operations with ‘Movies in 2020 at 1920 Prices.’”

There’s nothing wrong with a marketing tactic, and the stunt might lead some people to learn more about AMC’s overarching strategy. However, this is the world’s largest exhibitor announcing its return to business after being waylaid by the ongoing pandemic. By trumpeting one-day, 15-cent ticket pricing at approximately 100 locations — which allows audiences to see blockbuster classics like “Ghostbusters,” the same films that played drive-ins all summer — it reads as an industry addressing an existential crisis with a William Castle gimmick.

The irony is the National Association of Theater Owners has begun internal distribution of a major safety document, the NATO Proposed Health & Safety Guidelines, to its membership. IndieWire reviewed the eight-page document, which we obtained from a source outside NATO, and was prepared in guidance with UCLA epidemiologist Daniel Z. Uslan and in accordance with the World Health Organization, the Center For Disease Control, and the Occupational Health and Safety Organization.

The report, which was dated August 6, goes above and beyond the hodgepodge of state and local rules that govern theaters. They include enforcing masks at all times with exceptions only for eating and drinking, denying entry to those who refuse; daily symptom and/or temperature checks for employees; disinfecting auditoriums between screenings; staggered screening times, to avoid crowds; and publicizing the rules via signage, social media, and onscreen announcements. However, NATO has no power to enforce it. 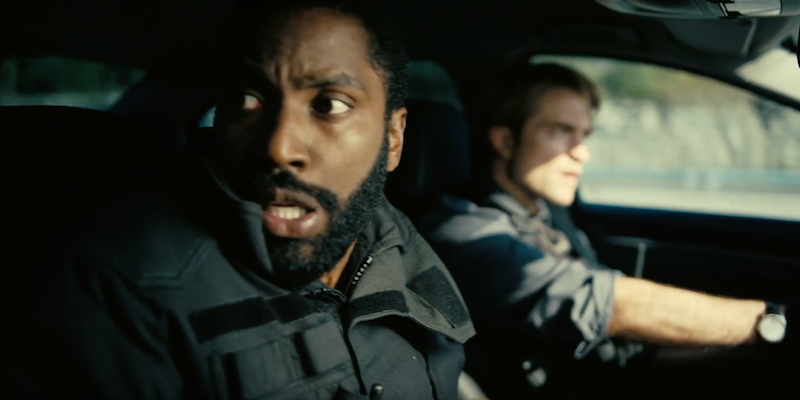 A letter sent from NATO to exhibitors indicated they were looking for signatories to volunteer their support in advance of upcoming public and government communication. Current signatories include the 19 chains that represent members of NATO’s executive board and operational task force, including AMC, Regal, Cinemark, and Alamo Drafthouse. Publicizing those that do sign could mean tacit criticism of those that do not.

If NATO can find full compliance among its membership, that would be an extraordinary win: It would mean that the industry agreed to run counter to a national narrative in which masks are political and science is debatable. However, with only days before AMC begins reopening, and less than three weeks before the onslaught of “Tenet,” all stakeholders will have to work overtime to deliver that message to an audience whipsawed by a federally confused pandemic response, ever-shifting release dates, and their own exhaustion in facing an upside-down world.

A theatrical audience reflects the public. For many, the idea of leaving their homes to sit in a dark room with dozens of other people is a nonstarter. Others may be eager to go, but balk at mask compliance. We’ve seen it many times before, in viral videos that documented altercations in public settings ranging from McDonald’s to Walmart; there’s no reason to expect something similar wouldn’t happen inside cinemas.

Theaters face nearly impossible circumstances, but further delays to reopening are not an option. They have hard costs, including obligations to landlords; the major chains have anxious stockholders. They also have PVOD breathing down their necks. Nature abhors a vacuum, and streaming is more than happy to fill the moviegoing gap.

Studios and exhibitors fought increasingly pitched battles over theatrical windows for years, and exhibitors were already mired in debt; when AMC broke away from its competitors to create a 17-day window with Universal, it created yet another disruptive element.

Even now, reopening will serve as a test and momentum is key. Will “Tenet” live up to expectations September 3, enough to set up the next major release on October 2, “Wonder Woman 1984”, followed by “Black Widow” November 7 and “No Time To Die” November 21? How does it look when you factor in the CDC warning that this fall could be the “worst ever” for public health? Studios will assess, continue with their PVOD alternatives, and bide their time.

Dealmaking intricacies further complicate matters. Many film rental agreements are based on total national gross — that is, the more a movie makes, the higher percentage a studio can collect. When social distancing and other COVID circumstances mean that a film grosses $100 million instead of $200 million, what does that do to the studio incentive? Theaters’ fragile operating margins remain unchanged.

All exhibitors large and small, and NATO, deserve credit for their imperfect fights against multiple crises. Even if reopening proved disastrous, the model wouldn’t change overnight. There is too much single-use real estate; too many completed, hugely expensive films that need a shot at theatrical revenue; too many exhibitors that each face their own unique, complex circumstances; and too many people who value having theaters close at hand. However, like so much in our COVID world, a return to normalcy may be too much to ask.