“Babe” turns 25 on August 4, and the sweet, endearing family drama from Down Under, about an orphan pig winning a sheepherding competition, revolutionized the talking animal movie in 1995. The underdog also became a surprising box office hit and Oscar contender for Universal. 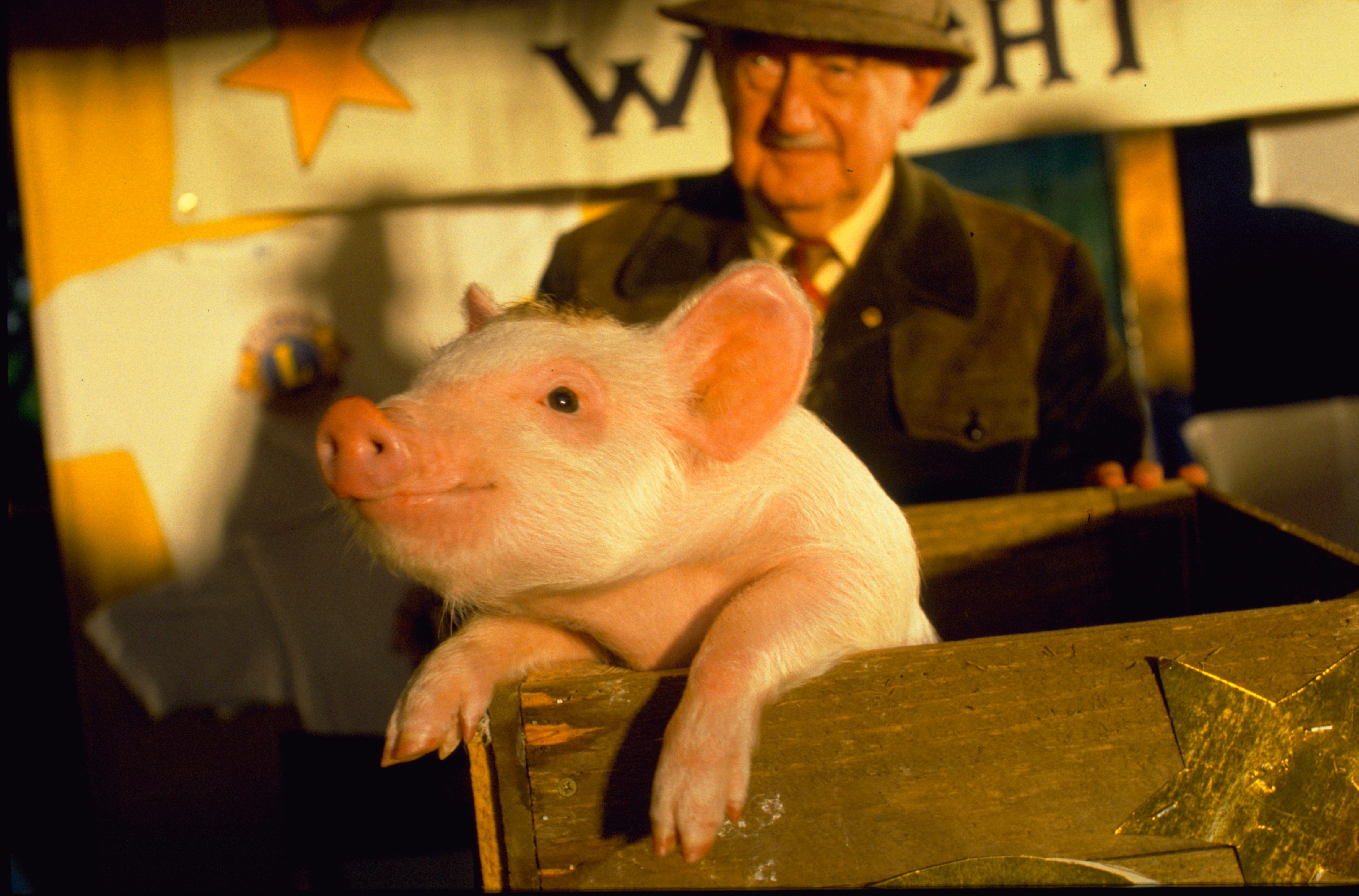 “To my knowledge, ‘Babe’ was the first [live-action] film where animals were the leading characters that actually spoke their lines rather than the dialogue being communicated by a narrator,” added Neal Scanlan, the creature project supervisor at Henson, who most recently has worked on the “Star Wars” franchise. “In order to achieve this — and by far the greatest challenge — required utterly lifelike animatronics that could articulate their mouths in order to convincingly pronounce words. It also required CGI to do the same to the footage of the real animals.”

It began with “Mad Max’s” George Miller and his Kennedy Miller production company acquiring the rights to adapt Dick King-Smith’s novel, “The Sheep-Pig,” into a feature shot in his native Australia, helmed by Noonan (“Miss Potter”). But it took nearly a decade for technology to catch up with need to realistically portray talking animals (Miller even phoned Stanley Kubrick about cracking his talking pig problem). 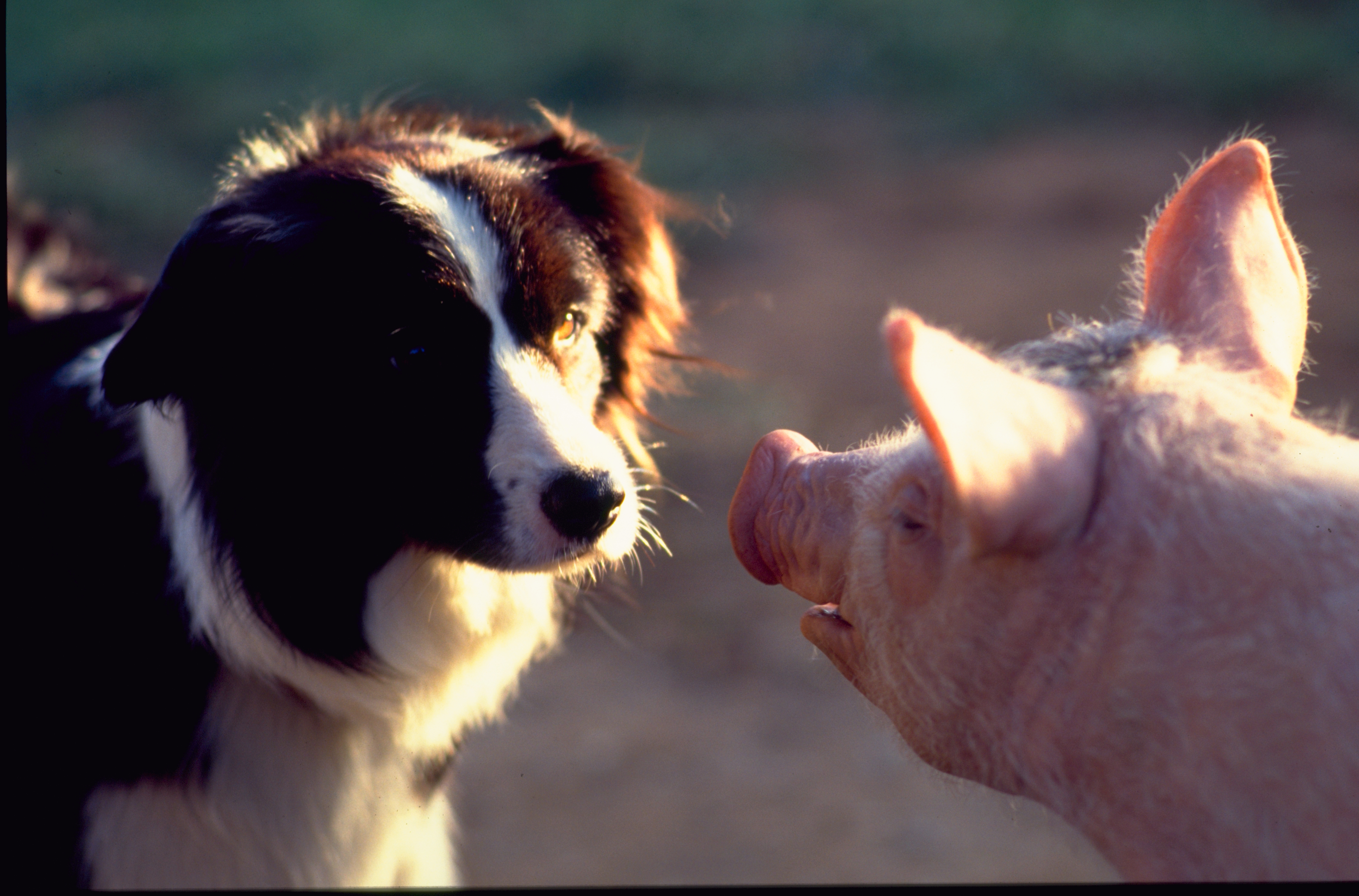 The 500 animals that appeared in the movie were trained by the legendary Karl Lewis Miller (“Beethoven” and “Cujo”). There were 42 pigs alone for Babe, along with an assortment of dogs, cats, sheep, cows, horses, goats, ducks, mice, and pigeons. The VFX worked on two fronts — mouth replacement and face enhancement. To create the illusion of believable human expressions, Rhythm & Hues overlaid CG animation over the live-action footage of the animals.

“The earliest example of that from my experience was a lot of the projection mapping we had done on ‘Terminator 2: Judgment Day,’” said Anderson. “So the idea that we could take something that looked realistic, split it, deform it, and reposition it made a lot of sense. Projection mapping had not been done on this scale, for this many shots, and with this subtlety. And they combined this with [other elements of] the CG mouths and internals, and then using morphing to help the animal performance around the eyes.”

Meanwhile, the craft of animatronics was pushed further with greater sophistication and nuance, controlled remotely by puppeteers, who took care of the rest of the necessary facial and body movements. “Although we had many years of experience in producing all types of puppets and animatronics at the Creature Shop, ‘Babe’ demanded that we reinvented the rule book,” said Scanlan. “Many new materials and techniques needed to be found and developed. A computer controller that allowed the puppeteers to control the characters was taken to the next level and the methodology of how to configure an animatronics for the numerous shots was revisited. 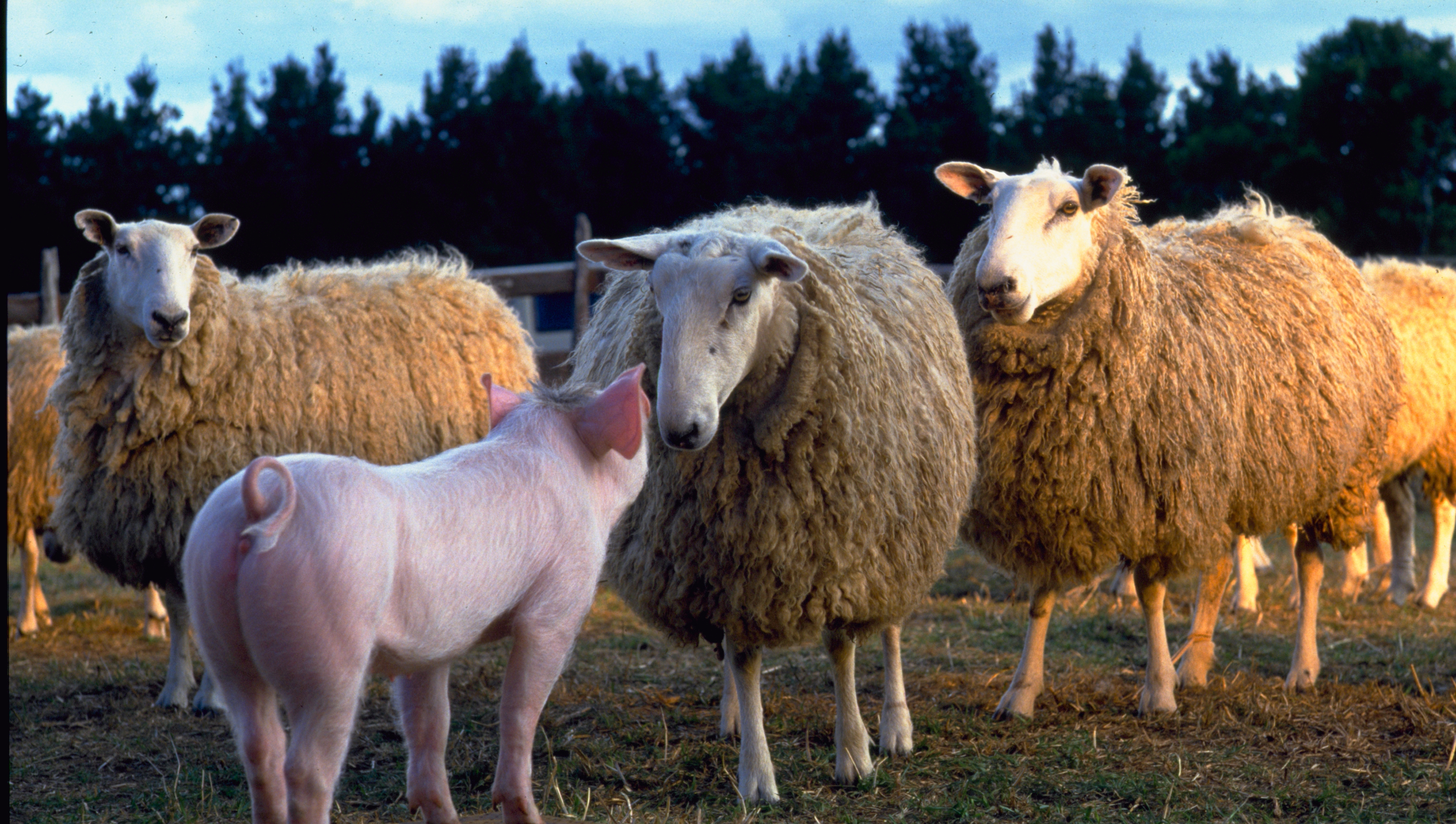 “In order to make the animatronic puppets appear to be real, we decided to build them in the way nature does,” added Scanlan. “We started with a metal/ mechanical skeleton that had motors and cables so it could be operated by the puppeteers. For instance, for Babe there was a standing version, a sitting version, and a lying version. To this skeleton, we added muscles that would squash-and-stretch as the body moved and on top of this was the skin. Babe’s skin was a brand new material at the time, a semi-translucent flexible silicone. Each hair was punched into the skin one at a time and took many weeks to complete. This in-depth approach was the same for each of the different characters. The animatronics were [handled] usually by two puppeteers who could control the head, body, and all the facial expressions, including the dialogue in real-time as per the director’s wishes.”

The silicone provided a nice translucency with light scatter, which predated the subsurface scattering that has become the norm today with CG. The best example of this was Babe’s introduction to the farm dogs in the barn and a discussion about his identity, which was beautifully shot by the late, Oscar-winning cinematographer Andrew Lesnie (“The Lord of the Rings: The Fellowship of the Ring”).

The key here was studying and capturing real animal behavior rather than creating anthropomorphic performances. “What’s amazingly hard for people to understand and believe in this day and age is that, before the first minutes of this film, animals did not talk,” Anderson said. “And so the whole entry into the film with the arrival of Babe was all layered in at degrees to get the audience to accept talking animals for everything that would follow. And once we owned them, now we were fully telling the story.”