John Waters on the Time He Got Arrested at a Drive-In, and Why They’re Ready for a Comeback

It will come as a surprise to no one that John Waters, as a wayward youth, once got arrested at the since-shuttered Carlin’s Drive-In in Baltimore. He used to spend lots of time at the local drive-ins, including Bengie’s Drive-In in Maryland, which is still open. Waters seems so synonymous with drive-ins, he even shot the final scene of 2000’s “Cecil B. Demented” at a local one.

“I spent a week in the drive-in filming that finale, so that almost cured me ever wanting to go back to the drive-in again,” Waters said during a recent in-person interview. The filmmaker donned an understated brown cloth mask, having just stepped out from his car after introducing the first in a double feature he programmed for the Provincetown International Film Festival over the weekend. We spoke in the fading dusk as ketchup-soaked killer bunnies appeared onscreen, our conversation occasionally interrupted by the honking of scared moviegoers.

“When I went to the drive-in as a troubled teen it was considered good form to honk every time you were scared,” Waters told the crowd in his introduction, his lively speech piped through clunky metal speakers, which date back to 1957 and can be dialed up and hung from car windows. “So please be scared, but every time you really feel threatened by a killer bunny please honk your horn. Honk for your life.”

Though the seaside festival had to delay its usual June date, it convened this year for PIFF Reimagined, a smaller version of the festival which paired virtual screenings with two live events hosted at the Wellfleet Drive-In just down the road. Friday night’s Waters double bill included “Night of the Lepus,” the Janet Leigh-starring killer bunny movie from 1972, and “Kitten With a Whip,” the more highbrow black-and-white Ann-Margret vehicle from 1964. 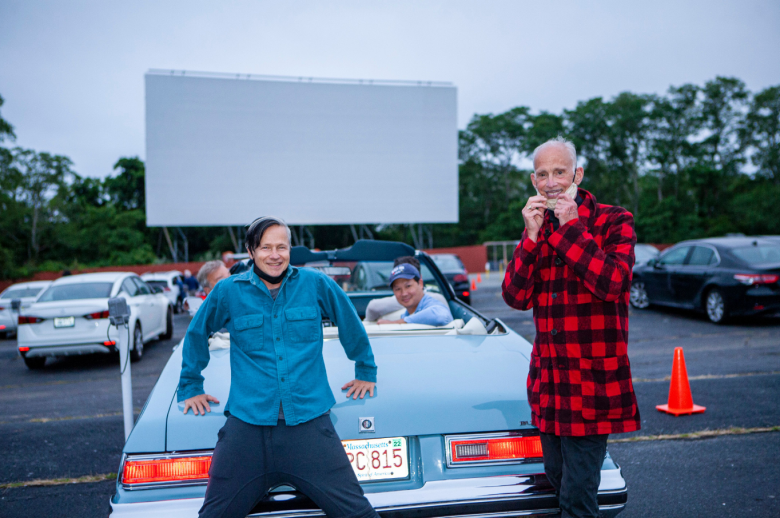 “It wouldn’t have been the movie I would’ve shown if it was the regular festival, I was gonna show [David Cronenberg’s] ‘Maps to the Stars,’ which maybe I’ll show next year,” said Waters. “But we’re at the drive-in, you have to see drive-in kinda movies, and this one I just always remember being so ludicrous. I haven’t seen it since, but I always remember the title and I just remember it ends at a drive-in.”

As more drive-ins prepare for an influx of new revenue this season, the businesses would do well to lean into nostalgia-laden pastime. Theaters should take a cue from Waters and program more exploitation fare, just like the old days.

“Nobody went to see ‘Night of the Lepus’ ’cause it was funny; they thought it was scary. They didn’t go to see Russ Meyer movies ’cause they were funny; they came to jerk off,” Waters said. “The drive-ins purposely showed the most extreme exploitation movies, especially in the winter. They showed the raunchiest ones in the winter. And people would go in the winter. It was like a hotel room, a place you could get away from your parents. That’s what people came for — they were packed. Drive-ins were the opposite of today, all drive-ins showed exploitation movies. ‘Blood Feast,’ that was their bread and butter. Russ Meyer movies, that’s where they were giant hits.”

A John Waters retrospective would do quite well at a drive-in these days, where crowds might finally be able to appreciate his films in the nostalgic setting. Oddly enough, the filmmaker insists his movies rarely played drive-ins, and never did well if they did. 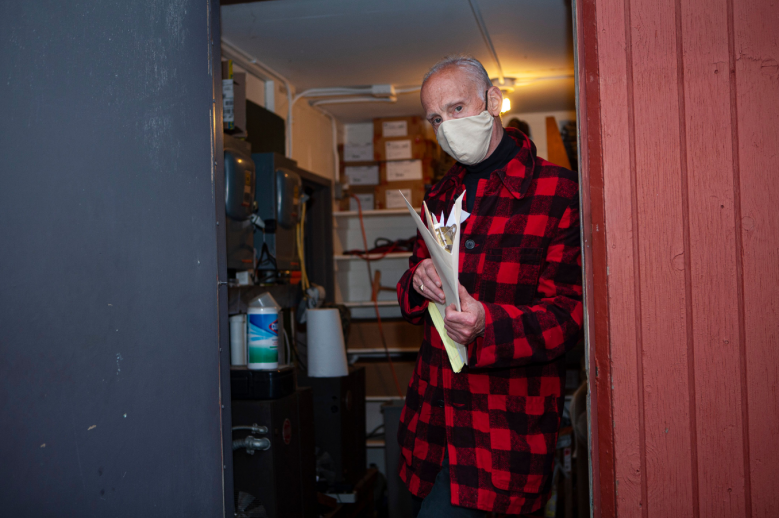 “My films always worked in the smartest, richest neighborhoods. The opposite of grindhouse. It never worked there. ‘Cause the audience knew we were making fun of the genre. In the classiest art theaters they did the best; they did the worst in grindhouse,” Waters said. “I made exploitation films for art theaters; that’s a whole different thing. And no matter what you think of them, I was definitely one of the first people that did that. They were made for art theaters. I never tried to have a real exploitation film, but if you knew that genre, it worked parodying it in an art thing. And that’s what midnight movies ended up being.”

Now in his 56th summer in Provincetown, Massachusetts, Waters is laying low with his writing and staying away from downtown. He occasionally eats outside at restaurants, but hasn’t graduated to dining in.

“It’s switching holding cells from Baltimore to here, but I write every morning, it doesn’t matter where, and here I go to a beautiful beach, so that’s good. I’m happy I’m here,” he said. “I miss life. Am I going crazy? No, but life is a chore these days. It’s tedious.”