‘Shaft’ on Independence Day: The Film That Changed History on July 4th Weekend 1971

This weekend marks the 49th anniversary of the release of “Shaft.” Released in 1971, it grossed about $90 million in adjusted prices — a huge success, more than 25 times its cost. More importantly, it forced studios to acknowledge the Black audience segment that was long taken for granted.

By 1969, Hollywood studio filmmaking was 105 years old. There were Black directors, but they were too few and far between. The first Black director was silent filmmaker Oscar Michaeux, whose parents were former slaves. In the sound era, the first Black director was Spencer Williams (“The Blood of Jesus,” 1941), an actor best known as Andy of Amos n’ Andy. And while films in the 1960s began to tell Black stories such as “Lilies of the Field” and “A Raisin In the Sun,” they inevitably reflected white perspectives and denied Black audiences the full range of portrayals of their life experiences.

“Shaft” director Gordon Parks was one of the top photojournalists of his era. Already in his mid-50s, he initially made some public TV documentaries as well as some film consulting work. It was his second feature. His first, “The Learning Tree,” was released in October 1969. Based on Parks’ fictionalized account of growing up in Kansas, it wasn’t a breakout hit, but probably grossed around $40 million adjusted. That was good enough to lead to his second film.

In the interim, Melvin Van Peebles (like Parks, a renaissance man with a professional portfolio good enough for a dozen people) made two features. His first, the French-produced “The Story of a Three-Day Pass,” had a limited U.S. release. But it was enough to get the attention of Columbia Pictures. “Watermelon Man,” a comedy starring Godfrey Cambridge as a white bigot whose skin turns black overnight, opened May 1970 to modest results.

Van Peebles was dissatisfied with the compromises needed to satisfy a studio, and self-financed his next film. That was “Sweet Sweetback’s Baadasssss Song.” Independently released by Cinemation (previously known for exploitation films), it was a huge success at key big-city theaters despite its rating (“Rated X by an all-white jury,” its ads brilliantly displayed).

There was no centralized reporting of grosses in 1971, even less so from independents. Some reports claim as much as $90 million adjusted gross, but that’s unlikely; it never had a wide release, with very little racial crossover. But for an adjusted budget of under $1 million, it was highly profitable and caused multiple white producers to search out similar low-budget projects that became known as blaxploitation. 1970 also saw Ossie Davis’ directorial debut, “Cotton Comes to Harlem,” with adjusted gross over $50 million.

“Shaft” outpaced all these. It played much wider, and bolstered by Isaac Hayes’ Oscar-winning theme song (a #1 hit), it fit the image of a revolutionary film while still conforming to mainstream norms. Its hero had swagger, not unlike James Bond. He was a world-wise private eye, and he wasn’t there to make white audiences comfortable. Unlike most earlier films with Black characters, it had a contemporary urban setting far more relevant to the intended audience than the milieu of, say, “Guess Who’s Coming to Dinner.” 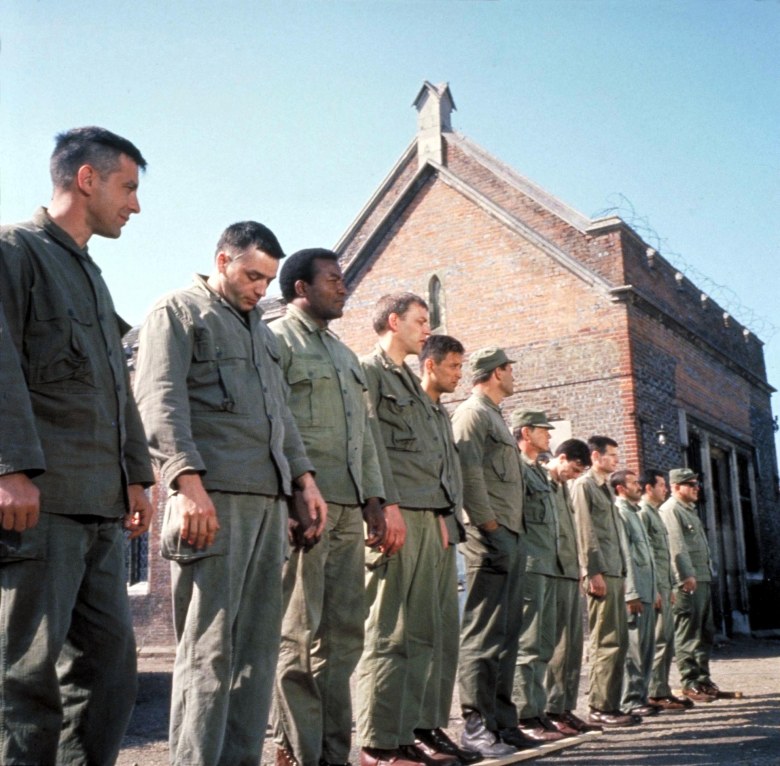 “Shaft” built on some recent successes in which Black actors shifted to more assertive characters, including the success of football star Jim Brown as a key part of the ensemble in World War II action smash “The Dirty Dozen.” Then Sidney Poitier evolved after an already impressive career (which included two of the top six 1967 films, plus the Best Picture winner) with a game-changing moment in “In the Heat of the Night” that resounded with all audiences.

As a detective investigating a murder in a small Southern town, he’s slapped by a local white official — and he slaps him back. It’s a moment that would have been unthinkable even a few years earlier. That moment and its resonance (to experience it with a Black audience at the time was to feel the earth move) was the kind of reaction that gives courage to cautious studios.

By the early 1970s, MGM management was floundering and its ownership was more interested in selling its real estate assets than being creative and “Shaft” was its only real hit for 1971. As a result, Hollywood saw eight Black-directed releases in 1972, including “Super Fly” (Gordon Parks Jr./Warner Bros.), “Trouble Man” (Ivan Dixon/20th Century Fox), “Buck and the Preacher” (Sidney Poitier/Columbia), “Come Back Charleston Blue” (Mark Warren/United Artists), “Melinda” (Hugh A. Robertson/1972) and “Blacula” (William Crain/AIP).

Parks himself quickly made the sequel “Shaft’s Big Score” in 1972, to decent if lesser grosses. He only made two more features (“Super Cops” in 1974, significant for its mainly white cast, then the biopic “Leadbelly” in 1976, which saw little interest when Paramount released it). Van Peebles directed a handful of other independent features, none rising to the level of interest of “Sweetback.”

Over the next two decades, the most successful Black director by far was Sidney Poitier. His helming career often gets short shrift among his huge achievements, but his hits included “Uptown Saturday Night” and its two sequels as well as “Stir Crazy” with Richard Pryor and Gene Wilder, which became the biggest-grossing film by a Black director until “Black Panther.”