Did Filmmakers Finally Get What They Wanted in the Sony a7S III? This week, we dive into surprises of all kinds from the Emmys to a long-awaited Sony announcement. Plus, we have our own 5-word memory test.

For a full list of the Emmy nominations, head to this online PDF from the Television Academy. Headlining our Deals of the Week, the DJI Ronin-SC Gimbal Stabilizer Pro Combo is 39% off.

This week in filmmaking deals: Right now, you can get a Joby GorillaPod 5K Tripod Kit with Rig for 31% off. Also, save $100 on both the Canon EOS R6 Mirrorless Camera with RF 24-105mm f/4-7.1 IS STM Lens and a RØDE VideoMic Pro+ On-Camera Microphone. Big savings on the DJI Ronin-SC Gimbal Stabilizer Pro Combo with a whopping $210 off. Finally, Adorama is running a special on the Easyrig STABIL Stabilization System that saves you $320.


The Joby GorillaPod 5K Tripod Kit is kind of the Cadillac of tabletop tripods. It’s got 5 articulating arms (3 at the base, 2 on the sides) with 1/4″ -20 threads and cold shoe mounts that not only allow you to mount your camera but lights, mics, action cams, smartphones, and a myriad of other filmmaking accessories, as well. You can save a cool $50 on this rig, which is on sale now for $110. Take advantage of this price drop on the CAME-TV Astral Wireless Follow Focus.

CAME-TV has made a name for itself for offering quality filmmaking gear at prices low-budget creatives can afford. Its Astral Follow Focus is no different, offering powerful wireless focus, iris, and zoom control for under $300. But now, CAME-TV has dropped the price by 15% on this already inexpensive unit so filmmakers of all stripes and financial situations can take advantage of what a follow focus system can offer their productions.

Should we call this Sony a7S III week?

If your internet has been out of commission for the last 72 hours, while you were away, Sony made the a7S III official. Hooray! We no longer have to speculate or ask or try to pinpoint exactly what the camera will be.


Sony kept its eyes on improving what already existed rather than stretching its legs too far. The 12.1MP full-frame mirrorless camera received a complete overhaul from the inside out, starting with a new sensor design with larger photosites and a processor that’s said to be 8x faster. The camera sees a new menu structure that has settings for both video and stills, faster AF performance, better low light capabilities, a flip-out LCD, and a full HDMI port, among many other improvements.


Even though it took Sony more than 5 years to release a successor to the popular a7S II, the silver lining is that some fans took to Twitter and dropped some hilarious memes to show their appreciation. They’re not messing around. My RØDE Reel is giving away a whopping $1 million in cash prizes alone.

The world’s largest short film competition is back with yet another chance for aspiring filmmakers to show off their cinematic skills and win a ton of gear and prizes in the process.


But this year is a little different. My RØDE Reel is upping the ante and offering an unprecedented total of $1 million in cash to contest winners—and that’s on top of the mountain of gear being given away. In fact, the winner of the Judges’ Prize gets $200,000 in cold hard cash…boom! Nearly a quarter of a mil…plus, like, 30+ pieces of gear and software that will fill out your filmmaking arsenal rather nicely.

The competition is really simple. Make a 3-minute short film, use a RØDE product to make that film, record a behind-the-scenes video that features you and your crew using that RØDE product, then upload your short and your BTS video to YouTube and send My RØDE Reel the links. It’s that easy.

Daydreaming in Japan – A Coloring Book by Denise Rashidi

Daydreaming in Japan – A Coloring Book by Denise RashidiAoiroStudio07.31.20

Our good pal Denise Rashidi released her new book entitled: Daydreaming in Japan. It’s not any kind of book, it’s a coloring book! This book utilizes her stylish, ‘pastel-ish’ and detailed illustrations of the hidden backstreets of Japan. You know my love for the country of Japan, Denise does a remarkable job to illustrate its authenticity and by also adding her own signature. Make sure to check it out and if you don’t know about Denise’s work, make sure to check her previous feature abdz..

It features 24 single-sided coloring pages and is the first entry of her “Daydreaming in” series which centers around the theme of “Fernweh” (n., German, a longing for distant places), wanderlust and nostalgia. 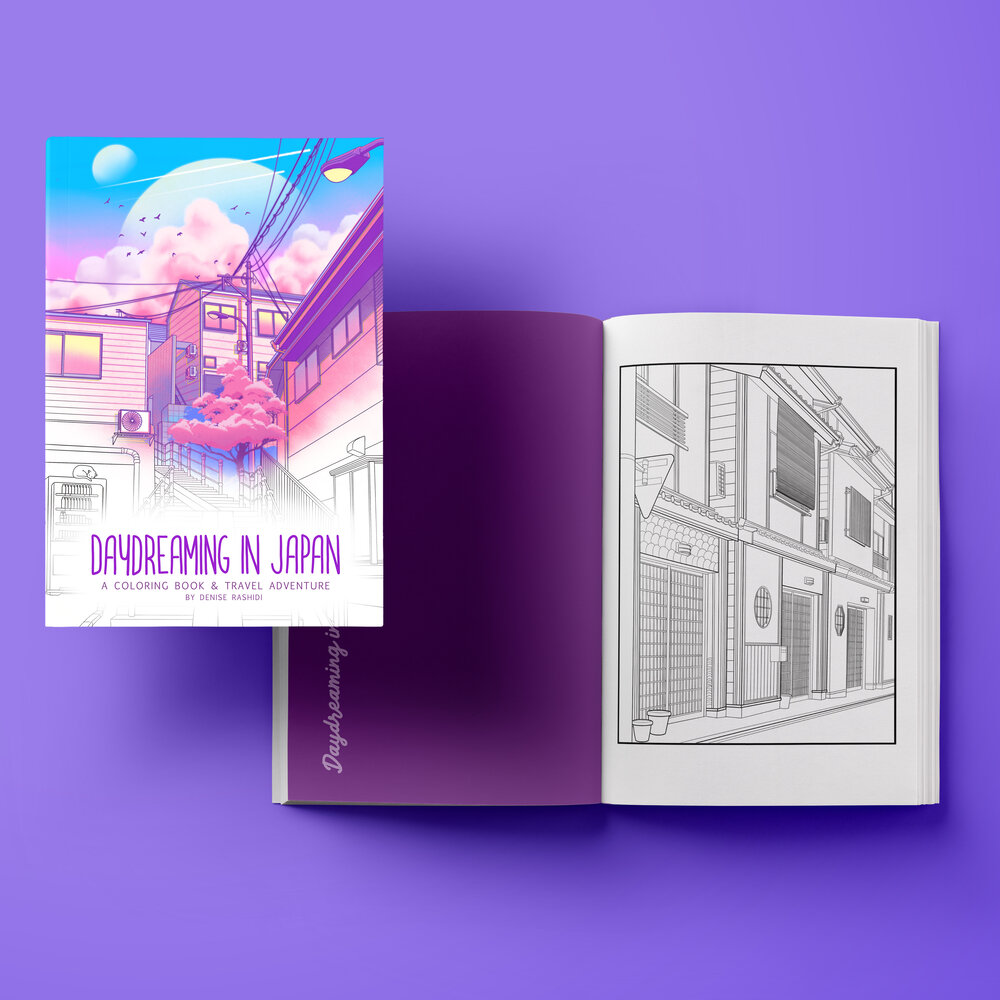 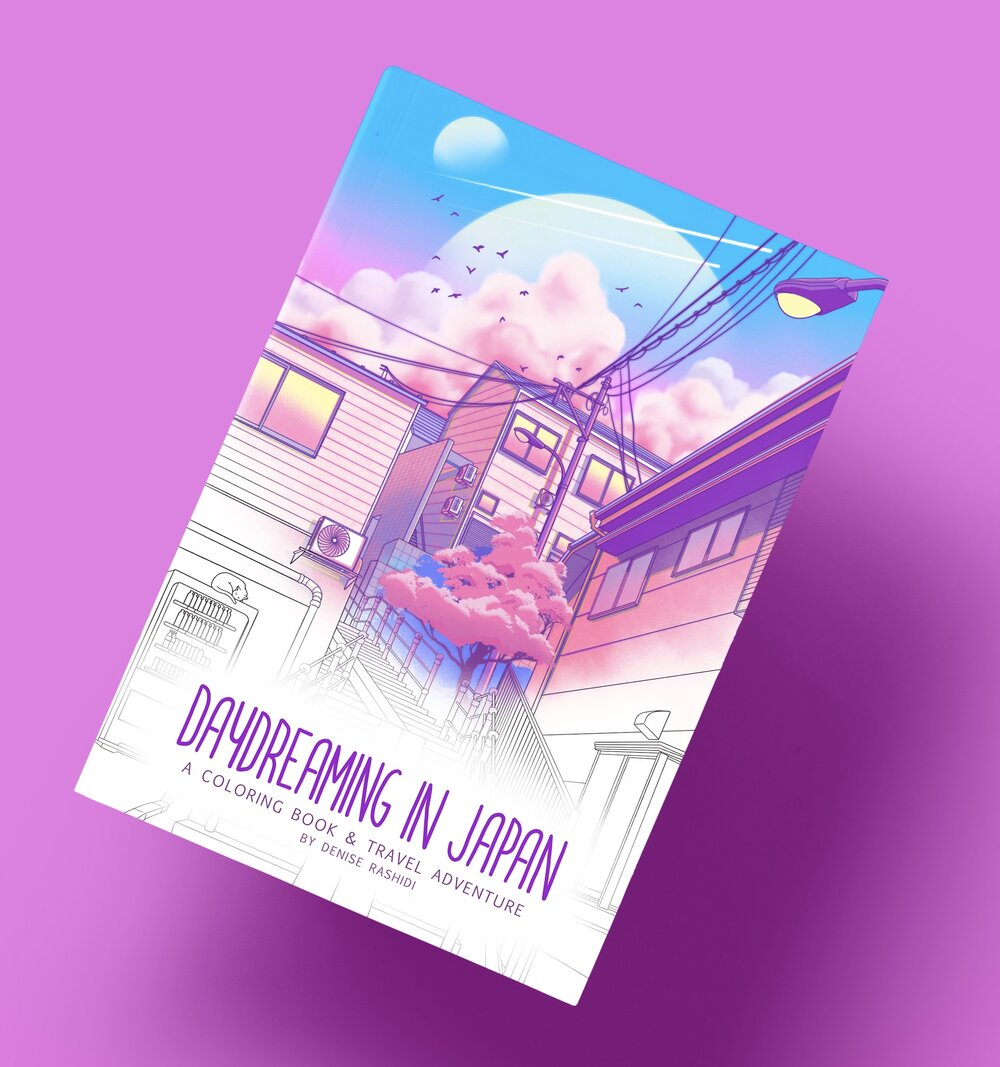 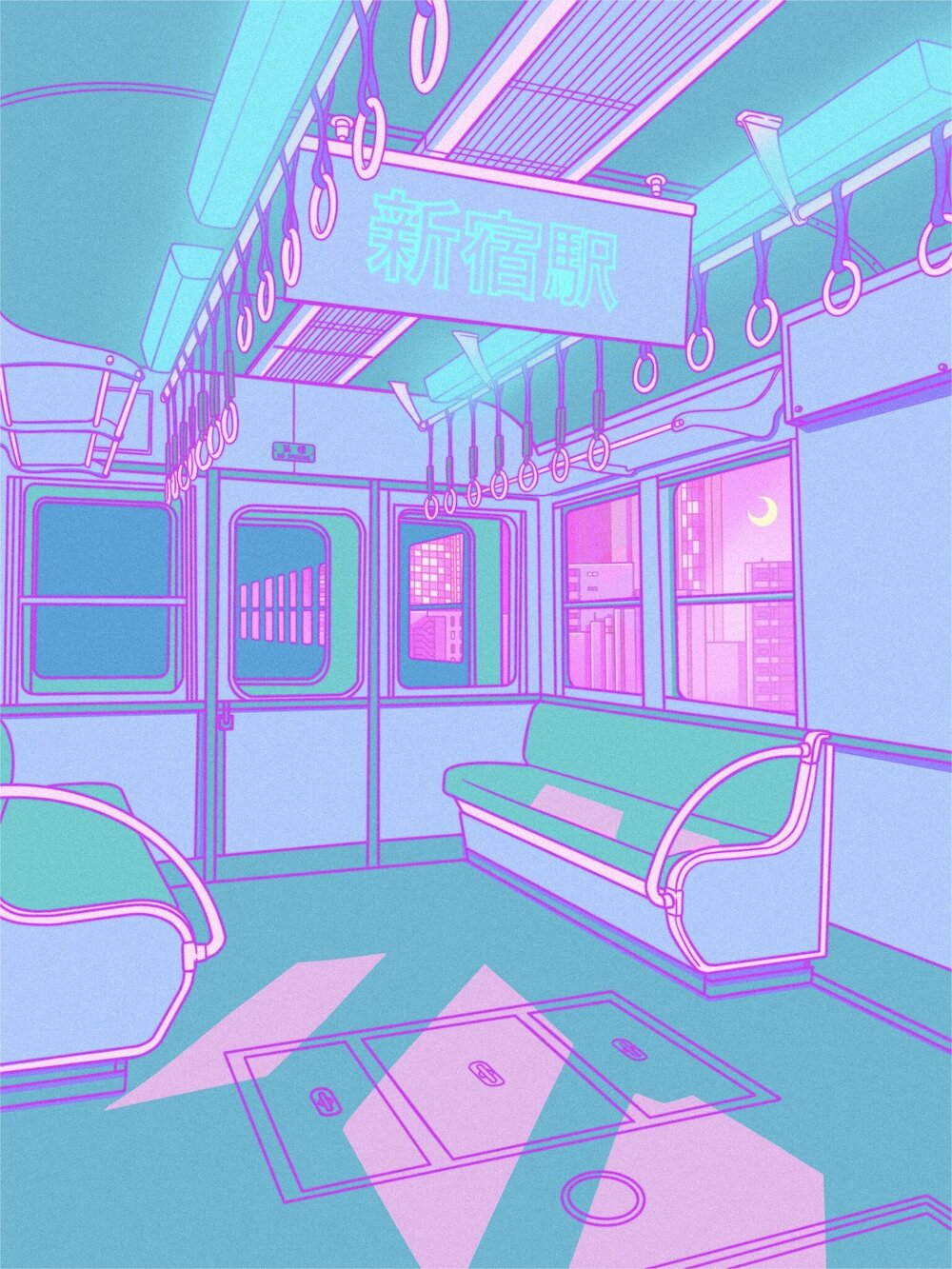 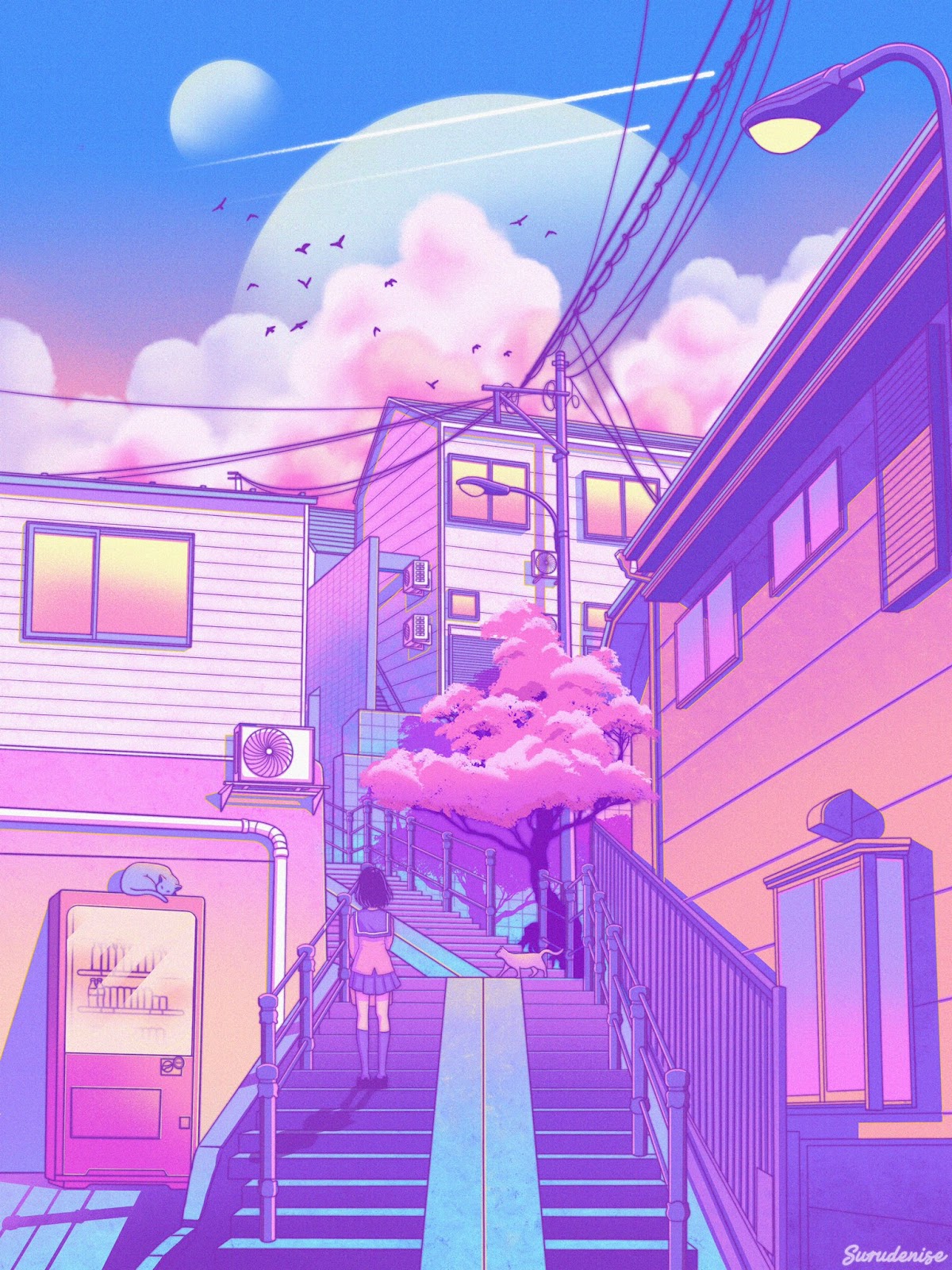 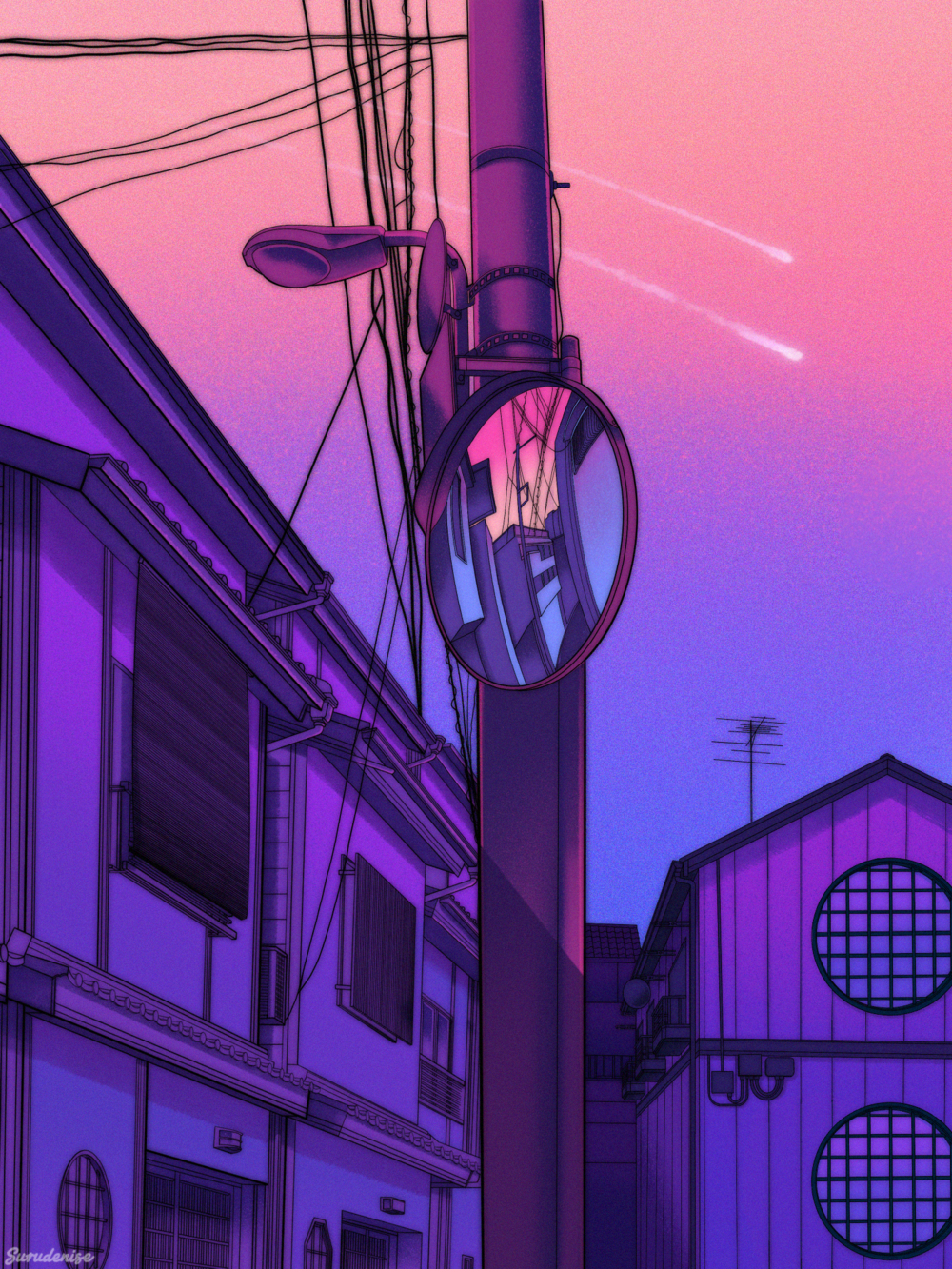 Once the name CES stood for Consumer Electronics Show. But the trade show has evolved with the tech industry it reflects; tech touches our lives in a myriad of ways today, with smart cities and cars joining smartphones at the cutting edge, and the Internet of Things (IoT) and artificial intelligence tying it all together. […]
Source: Digital Trends VR

‘Kissing Booth 3’ Shot in Secret, Already in Post-Production and Coming from Netflix in 2021

“The Kissing Booth 2,” the second installment in Netflix’s wildly popular franchise, is currently No. 1 on the streamer’s viewing charts. Riding high off the popularity of the new film and the 2018 original, both directed by Vince Marcello, Netflix has given the go-ahead on a third movie. But perhaps the most exciting piece of news, as reported by Deadline, is that “The Kissing Booth 3” has already finished filming after shooting quietly alongside “Kissing Booth 2” last year in South Africa. Marcello is reported to be currently in post-production on the film, which Netflix will launch sometime in 2021. Netflix confirmed the news to IndieWire.

The news was revealed by star and executive producer Joey King during a live-stream fan event hosted on Sunday. The third film will continue to explore the romantic ups and downs of Elle (King), her boyfriend Noah (Jacob Elordi), and her BFF Lee (Joel Courtney). “The Kissing Booth 3” will be set in the summer before Elle heads off to college. She’s been accepted into Harvard and Berkeley. Torn between her boyfriend and her best friend, which will she choose?

“The Kissing Booth” films are based on the novels by Beth Reekles, adapted by Vince Marcello, with Jay Arnold co-writing “The Kissing Booth 2.” In IndieWire’s review of the new film, Kate Erbland writes, “While the first film was rife with sexist rhetoric, casual slut-shaming, and a ‘bad boy’ lead who never met a put-down (or a punch) he didn’t like, its sequel tones down the offensive BS, finding something sweeter and far more enjoyable in the process. Even for audiences not turned off by the regressive attitudes of the original, its oddly aggressive tone was never, well, romantic, a misstep that Marcello now attempts to rectify. And yet the greatest strength of ‘The Kissing Booth 2,’ an overstuffed (clocking in at a whopping 132 minutes) mishmash of genre tropes and tricks, isn’t its many romances; it’s King, who finally gets to spread her wings and her comedic chops.”

Two-time Academy Award-winning actress Olivia de Havilland passed away Sunday at the age of 104. Immortalized for her work in “Gone With the Wind” and “The Adventures of Robin Hood,” many might have actually missed the features that showcased de Havilland’s true range and talents. That’s where this list comes in. In honor of the woman who broke Hollywood’s contract laws and was one of the last living Old Hollywood legends, here are 11 features that, while not her most well-known, reveal her gifts as a screen icon capable of playing many roles.

Together, they will award the festival’s top prizes, including the Golden Lion, which last year went to “Joker” under jury president Lucrecia Martel.

Heading the jury for the “Luigi De Laurentiis” Venice Award for a Debut Film are Claudio Giovannesi (Italy) as president, Remi Bonhomme (France), and Dora Bouchoucha (Tunisia). The festival’s Venice Virtual Reality jury will be led by Celine Tricart as president (USA), and also include Asif Kapadia (Great Britain) and Hideo Kojima (Japan).

Daniele Luchetti’s “Lacci” will open the 77th edition on September 2. The selection is notable, as “Lacci” has become the first Italian movie to open the Venice Film Festival in 11 years. The last Italian opener was in 2009 with Giuseppe Tornatore’s “Baarìa.” Luchetti’s “Lacci” is based on Domenico Starnone’s 2017 novel of the same name about a potential affair that threatens a marriage. The cast includes Alba Rohrwacher, Luigi Lo Cascio, Laura Morante, Silvio Orlando, and Linda Caridi.

Slated to be the world’s first major film festival to resume operations during the pandemic, Venice will be a slimmed-down affair. Around 50 films will be announced as part of Venice’s official selection on July 28. The main competition, officially titled Venezia 77, will feature approximately 20 films. All other titles in the official selection will debut either in the Out of Competition section or the Horizons section. “Lacci” is included in the festival’s Out of Competition section.

The festival will also host outdoor screenings this year.