Movie Theaters Are Closed, but Their Value Isn’t Lost to Us Yet — Analysis

As the COVID-19 pandemic continues to dismantle civilization as we know it, many of the rituals that we once accepted as part of our social contract have already have been reconfigured. Movie theaters may not be a matter of life or death — at least not for those of us who weren’t employed by them — but at a time when most of us have little to do besides sit home and re-evaluate every aspect of our collective existence, film industry pundits have pounced on the idea that theatrical exhibition will soon be unmasked as one of those great American grifts; as an outmoded scam that people will no longer be willing to pay for if and when things ever go back to “normal.” As The Ankler columnist Richard Rushfield recently said in an interview with The Ringer: “It’s not like the average American is going to miss the habit [of going to the movies during the pandemic] and it’s not like they need much reason to stay away from theaters forever.”

Such thinking is the logical conclusion to a story that Hollywood has been telling itself since the early days of streaming, and for now, it fails to convince. Movie theaters are struggling, but their experiential value hasn’t faded, and that’s enough of a reason to assume that they aren’t gone for good.

Consider where we were a few weeks ago. 2019’s domestic box office totaled a staggering $11.4 billion (down four percent from the all-time record set the previous year), and Disney’s undeniably disturbing portion of that was offset by a wide array of original hits like “Once Upon a Time in Hollywood,” “Knives Out,” and “Hustlers.” We’re still only a month removed from the Safdie brothers’ “Uncut Gems” cracking $50 million, and a Korean-language film doubling the local gross of “Cats” before winning Best Picture. (If you somehow still haven’t seen “Parasite,” you have some options.) Netflix itself has proven that people will pay money to see good movies in theaters even if they’re available to stream at home, and the theatrical model has managed to survive a hyper-entitled digital culture that thinks downloading a torrent is no different than buying a ticket. 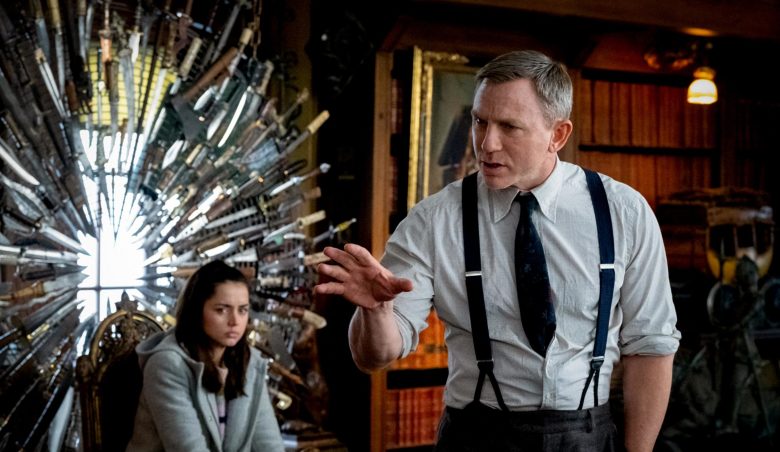 There’s an embarrassment of evidence that different modes of viewing can co-exist, but the prevailing wisdom maintains that the future won’t be satisfied until it’s fully cannibalized the past — that people don’t want to go to the movies, and that the studios would rather they didn’t have to worry about it. But while Rushfield is right when he goes on to say that shoddy multiplexes haven’t done themselves any favors over the last few decades (eternal shame on AMC for not masking its screens!), he’s wrong about the rest. People still want to go to the movies, and whenever this pandemic ends, that desire won’t go away.

But first we have to face the facts: This is unquestionably the worst crisis that movie theaters have ever faced. For more than 100 years, American cinemas stayed open during wars, terrorist attacks, and presidential assassinations; it only took this virus just a few days to so completely paralyze the industry that the National Association of Theatre Owners is asking the government for a bailout, boutique chains like the Alamo Drafthouse have furloughed all of their employees, and New York cinephiles have started a charity fund for the city’s beloved cinema workers. Many independent theaters may never be able to open their doors again.

The global film industry on the whole has already lost $7 billion due to the pandemic, and is estimated to have lost $17 billion by the end of May. The bleeding will continue long after that, and when it does finally come to an end, millions of Americans will be out of work and without less disposable income to spend on $20 tickets for “Peter Rabbit 2.” And then you have to factor in the lingering trepidation that will continue to affect theaters after the smoke clears, especially if our inept government isn’t able to account for constant new clusters of the virus or make a vaccine widely available to all people across the socioeconomic spectrum. Lingering trepidation will affect theaters long after. And to think, it was only two weeks ago that it seemed like the 4K restoration of “Come and See” would be the most depressing movie event of the year.

Assessing the carnage, analyst Rich Greenfield predicted that “studios are going to think more and more about why they are relying on third parties to distribute their content.” And like all big ideas, that thinking started with “Trolls: World Tour.” 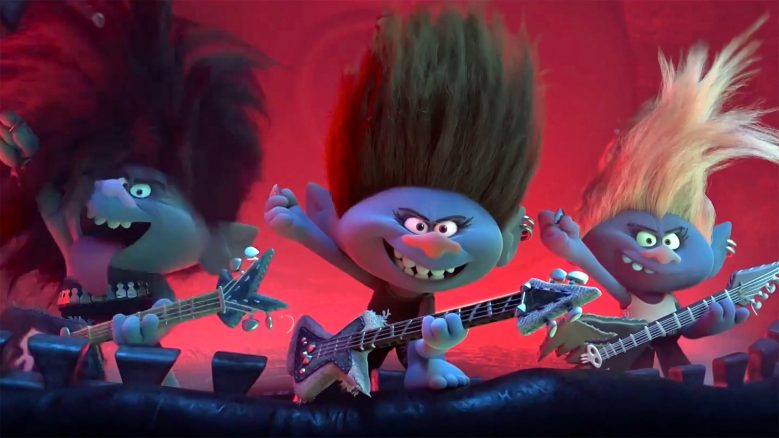 On March 16, Universal announced that — due to the impending pandemic — the sequel to 2016’s “Trolls” would be skipping its planned theatrical run and going direct to premium VOD. For exhibitors, it surely felt like being kicked when they were down. The original “Trolls” was basically just a feature-length promotional campaign for the hit single Justin Timberlake wrote for it, and yet it still grossed $346 million. Despite that cancelling the wide release of “World Tour” was the only way of calling any real industry attention to it, some journalists responded to the news as though it were the Berlin Wall falling down all over again.

When Universal later announced that it was going to pivot “The Invisible Man,” “Birds of Prey,” and the Focus-released “Emma.” to VOD after the pandemic cut into those movies’ theatrical runs, people acted as though it were some kind of opportunistic Trojan horse attack into viewers’ homes, but it’s exactly like this strategy guarantees a quick fix: As IndieWire’s own Anne Thompson explained: “Traditionally, no studio would favor straight to video; digital rentals and sales are 62% smaller than they were in 2004, and they cannibalize the higher-value channel of theaters.”

Regardless of how the pandemic reshapes the film Industry, the taxonomical gap between theatrical and streaming content will continue to grow wider. But that will only further entrench the need for both to exist, and casual movie fans who think they want to watch everything at home are missing the forest for the trees: They’re forgetting that the way we watch things has a direct effect on the way we make things, and that — as Quibi is threatening to prove — the standards of theatrical entertainment are the last bulwark we have against a corporatized push towards passive viewing. It’s a cultural war based on the premised on the idea of art that only asks for half of your attention, and has the nerve to sell that as a feature instead of a bug.

More importantly — and this bears repeating — people want to go to the movies! People want to go to the movies so badly that drive-in theaters across the country saw an immediate surge in ticket sales as soon as multiplexes began to close their doors. Exhibitors don’t just ask consumers to pay a premium for a bigger screen and louder sound, they offer a fundamentally different viewing phenomenon than you can have at home. They offer a rare pocket of freedom in an overloaded world, a publicly ritualized opportunity to engage with art in its proper frame, and a collective experience that even the most introverted among us will be craving before long.

Streaming technology is a remarkable tool that allows for life-changing levels of exposure and access, but movie theaters have become one of the only affordable places in modern society where people of all backgrounds and political affiliations can reconcile themselves with a shared reality — where we can laugh together, cry together, and experience the indescribable horror of watching “Cats” together. There’s a reason why cinemas have emerged as a bellwether for China’s recovery from the COVID-19 pandemic: “Green Book” may not be the best way to bait people into leaving their houses, but it’s the thought that counts.

Staring at the horizon in the days after this crisis began, Georgetown economics professor James Angel told Variety to think of the pandemic as “a wildfire that comes through. The conditions build up, and there’s very dry brush at the end of an economic cycle. And suddenly, after the fire, everybody starts to rethink ‘Do we really need to rebuild the same house in the same spot?’” If there’s still a film industry when the fog lifts, there’s no doubt that it will be a wildly different place. Some of its proverbial houses will be condemned forever, while others will need to be knocked down and rethought.

But whatever happens in the meantime, it does no good to raze cinemas to the ground and salt the earth where they once stood. Movie theaters aren’t about to be unmasked as an archaic inconvenience that should be consigned to the ruins of our pre-coronavirus world. On the contrary, they’re about to become a painful reminder of how suffocating it can be to experience spectacle in private. And the only way to emerge from this tragedy with a strong foundation on which to rebuild and improve film culture is to embrace the conviction that one day, movie theaters will open their doors again.