Reflector is Kicking Off the SXSW 2020 Interactive Opening Party 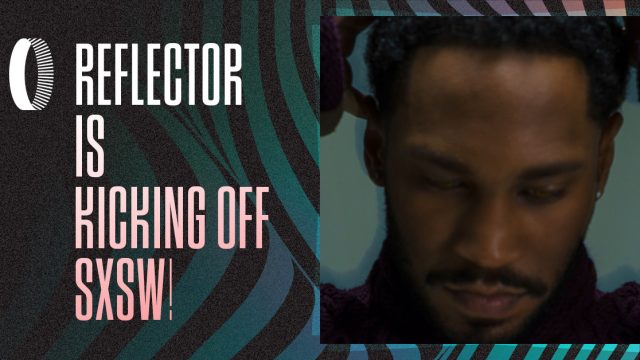 Reflector is headed to SXSW! In fact, we’re not just attending, we’re sponsoring the official SXSW Interactive Opening Party – as the ultimate convergence of art, media and tech, it’s the perfect venue for us to showcase Reflector’s new approach to storytelling. While we can’t reveal too much about what we have in store, here is some useful information about our party as well as a couple of details on another activity we have planned:

We’re opening the door to a wholly mysterious world

You’ll be introduced to our singular vision of storytelling at the SXSW Interactive Opening Party. Expect an experience that bridges our world with somewhere a bit more…fantastical. As the night unfolds, you can expect a blurring of the lines that separate reality from the unknown. Montreal DJ Kaytranada will be headlining the party.

Later in the week, don’t miss Alex Amancio’s talk in the new Game Industry track at the SXSW Conference. In A Journey Through the Universes of Transmedia IP, Alex will discuss the incredible potential of developing expansive “Storyworlds.” As the walls between distribution channels continue to crumble, the potential for a new form of storytelling is arising — one where fictional worlds transcend the media they inhabit. This opportunity allows for interconnected narratives across films, video games, comics, podcasts, novels, and other media, empowering audiences to interact with their favorite IP in unprecedented ways.

Previously a creative director at Ubisoft, Alex was one of the visionary talents behind Assassin’s Creed and has launched a wide range of projects in the fields of experiential entertainment, creative entrepreneurship, and technological innovation.

When? March 17th
Where? JW Marriott, Room 203/204
Who’s invited? The conference is open to all SXSW badge holders, with primary access for Platinum and Interactive badges

If you’re headed to Austin, we want to see you there! You’ll be among the first to get a taste of the immersive experiences we’re building for 2020 and beyond. If you can’t make it, we’ll be posting more about the experience in the coming weeks.

The post Reflector is Kicking Off the SXSW 2020 Interactive Opening Party appeared first on SXSW.