Smells Like Teen Spirit: Three Locarno Standouts Consider the Beauty and Torment of Being a Teenager

The following essay was produced as part of the 2019 Locarno Critics Academy, a workshop for aspiring film critics that took place during the 72nd edition of the Locarno Film Festival.

Growing up is hard.

For an adolescent just making their way into the world, it seems like the physical changes, mood swings, and all the conflicting emotions that come with transitioning into adulthood are the most cataclysmic events in the world — a matter of life and death.

But what does it mean to observe this period from some distance, particularly through the cold lens of a movie camera? ‘’I probably never saw a happy teenager.” Italian director David Maldi remarked casually while promoting his new film “L’Apprendistato,” which premiered at the 72nd Locarno Festival in the Cineasti del presente competition.

It might seem like a joke, but Maldi takes very seriously this job of documenting adolescence, especially as a mysterious and sensitive rite of passage to adulthood. Maldi is interested in the contours of adolescence and how they serve as a bridge to a meaningful life, or lack of it; “L’Apprendistato” is the second in a hopeful trilogy dealing with teenage angst that Maldi started with 2014’s “Frastuono.”

An ancient hotel’s catering school provides the perfect backdrop for this moody, quiet-until-it-isn’t movie about a semi-controlled experiment that’s conducted in the space between fiction and documentary. The film isn’t strictly one or the other, but exists instead in an interesting middle ground that seems rather suited for reaping fertile lessons about this fraught period. The protagonist is a 14-year old named Luca (Luca Tufano). One minute he’s minding cows and goats on his family’s farm; the next he’s stolen away and plunged into a strange institution where rules are rigid and everyone is expected to conform. This closed-off environment contrasts psychologically with the spontaneity that teenagers gravitate towards, and physically with the wide open spaces that Luca conflates with home. This transition is to prepare him for a life of discipline, where he can eventually contribute to society as a well-adjusted member.

These intentions may be noble but it doesn’t mean that they are any more clearer —or more meaningful — to the teenagers who are attempting to process this conflict of emotions. “L’Apprendistato” uses the protagonist’s brief but eventful journey to question these ideas of conformity. Luca’s expressionless face is the guide into this phase as he soaks up all of the knowledge that is being imparted through recitals, lessons and practice. He recognizes that he is in a position where he can get a better life for himself, should he stick with the training. But it doesn’t stop him from acting out and testing just how far he can push the patience of the authorities. 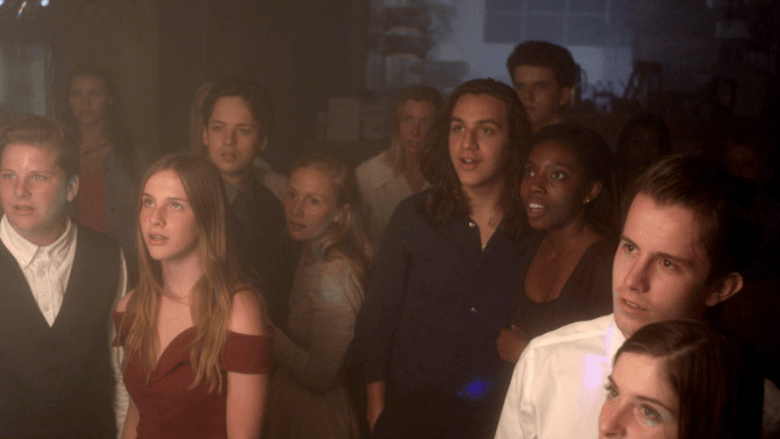 Through quiet observation, Maldi subtly questions the importance of conformity, especially as it’s expected to be embodied in young adults. How much is lost when people are forced into a rigid societal structure, and how much is gained? Does adulthood really entail submitting to a merciless, routine system where everyone knows their place and acts only within a structured order. And who gets to decide these things anyway?

There is no way for Luca — or the viewer — to have all/any of these answers, but questions are encouraged every step of the way. To observe adolescence is to be in a constant state of motion, and so Maldi’s gaze is always restless, observing the smallest changes in his characters through the simplest of details such as folding a napkin or properly placing a table spoon. The adolescent’s body changes along with the mood and the warm, muted colors which Maldi applies invites viewers in not just as spectators gazing in, but as participants who have at some point have dealt-or will deal- with the emotions that Luca is facing.

With little in the way of plot, “L’Apprendistato” makes effective use of sound to build up tension. An unseen bell chimes to hint at some restless energy, while a mysterious drum depicts not just foreboding but also nervous uncertainties as the characters are put to test. “L’Apprendistato” takes a snapshot of a particular point in time and makes a judgment- free submission that adolescence can be beautiful if all of the complex dimensions are embraced. Luca and his band of brothers may rightfully challenge their place in the scheme of things at some point, but such considerations are merely fleeting as they submit to a system designed to steer them towards manhood.

American director Tyler Taomina’s “Ham on Rye” goes one step further by investigating what happens with teenagers who fall out of this nurturing loop. While similarly concerned with juvenile rites of passage, ”Ham on Rye” does away entirely with any form of rigidity or structure and embraces a free-wheeling, nostalgic aesthetic that plays like a flip side to the classic teen spirit films of John Hughes. On the final night of high school, a group of suburbia teenagers gather at a deli to participate in a strange ritual that will launch them into the next phase of their lives.

For most of these college bound kids, this is their last night under total parental guidance and they intend to bask in this innocence for as long as they can, even as they can feel the past falling away beneath their feet. Instead of following its graduating class off to college, “Ham on Rye” hangs back with the underachievers and burnouts; having failed to escape small-town living, they have little choice but to get together every night and share the feeling of being stuck in place. It’s a purgatorial existence that Taormina expresses through an approach that hews closer to “The Virgin Suicides” than to the likes of “The Breakfast Club.” Layering its non-linear narrative with a confused nostalgia for the unspecified past, Taormina’s mood piece is more invested in capturing the ennui and painfully awkward moments of adolescence than it is in forcing them into a digestible story. It does its best to present its stunted characters without judgment, but there is no coming out of “Ham on Rye” without some measure of appreciation for the discipline that’s been drilled into the youngsters of “L’Apprendistato.” 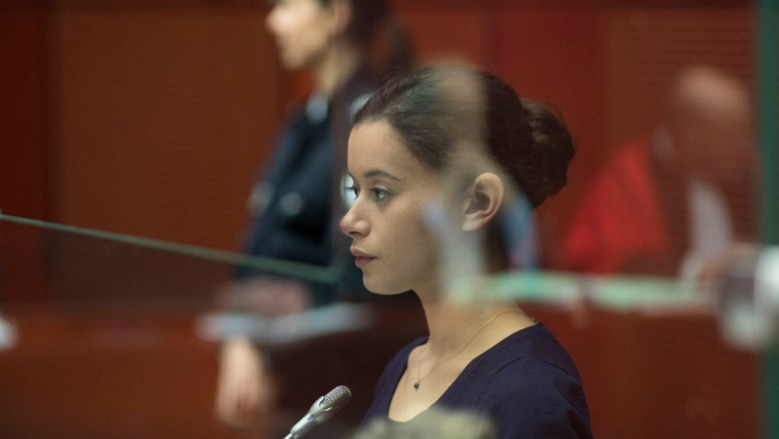 “The Girl with a Bracelet”

Stéphane Demoustier’s dark and provocative “The Girl with a Bracelet” occupies a fascinating middle ground. A French remake of the 2018 Argentine thriller, “The Accused,” the film begins with a wordless opening scene in which a teenage girl named Lise (Melissa Guers) is abruptly whisked away from a family vacation by a group of policemen. When the story picks up two years later, we learn that Lise has been accused of a horrifying crime: the murder of her best friend.

“The Girl with a Bracelet” departs from standard courtroom thriller formula by steadying its unnerving gaze on Lise. Demoustier isn’t especially concerned with Lise’s guilt or innocence, and Guers’ face is an impenetrable mask. This approach liberates the film from the confines of a murder-mystery, and allows it to blossom into a rich study of human relationships. Specifically, the relationship between Lise and her parents, Lise and her friends, and Lise and the world around her.

A murder accusation is likely to alter the course of anyone’s life but Lise seemingly takes it all in stride, her stoicism a sign of the strength that comes with the teenage feeling of being alone in the world. Raised in privileged circumstances by two loving but distant parents, the only genuine connection Lise shares at home is with her kid brother. Demoustier carefully shades Lise’s solitude in the midst of her family’s well-meaning (but ineffectual) efforts to help her, and draws contrasts that with the warmer interactions she has with other people her own age.

“The Girl with a Bracelet” updates the original’s concerns to ponder what it might feel like to be a teenager in today’s thoroughly modern and increasingly connected world; a world that’s changing faster than some adults are able to understand it. At some point during the trial, it starts to seem that Lise’s morals — or lack thereof — and her sexual empowerment are what’s actually on trial.

A roomful of adults can’t quite wrap their heads around how an adolescent so carelessly admits to multiple sexual partners, gender fluidity, and sex without intimacy. Something is lost in translation between the generations, as even language becomes an obstacle (the older group can’t fathom how easily Lise and her friends say “I love you” to each other, and how those words may not mean quite the same thing they once did). “The Girl with a Bracelet” suggests that social media has isolated everyone on their own solitary island, and that communication between adolescents and adults has deteriorated as a direct result.

“The Girl with a Bracelet” works as a cautionary tale, but it’s more convincing as a declaration of independence, and a testament to the timeliness need for teenagers to find their own way. It’s a theme that can also be gleaned from Luca’s controlled rebellion in “L’Apprendistato,” and the harmless loafers of ‘’Ham on Rye.’’None of these films pretend to be able to solve the crises of growing up, but together they shine a valuable light on how isolating that experience can be. Maybe even how isolating it needs to be in order for young people to find their own way.

Coming of age is difficult, yes. And confusing and wondrous and terrifying. But there is beauty to be found in all of these complexities. Some adult guidance is useful, but most young people just want to figure life out on their own terms — even if it leads to ruin.