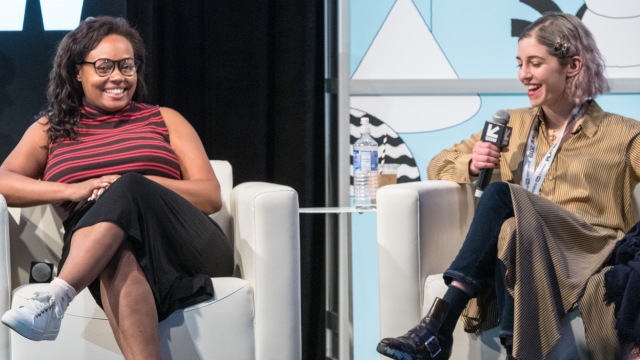 Believe it or not, we are already gearing up for the 2020 SXSW Conference! Take a look at the Film Tracks – Film & TV Industry and Making Film & Episodics – as well as Film-related Convergence Tracks.

Have a session idea for SXSW 2020? We want to read them! Enter your idea into the PanelPicker® before the July 19 deadline. Learn more about PanelPicker® below, it’s as easy as 1, 2, 3!

Explore the current and future states of film and television, as seen through the independent lens. Sessions in the Film & TV Industry Track cover topics including distribution, financing, representation, technological advancements, and the ever-changing nature of this creative medium.

Covering the range of film and television creation from script to post-production, these sessions are designed to guide filmmakers through the strategies and techniques that are crucial in crafting these media. Hear from a range of speakers, including industry experts and legends, as they share their experiences in shaping groundbreaking work.

The Experiential Storytelling Track investigates how new and experimental strategies are reimagining and redefining the creative methods used to develop cutting-edge narrative structures. While blending more traditional methods of storytelling with technology-enhanced media, audiences can explore new worlds and experiences.

Explore all 20 Tracks of the SXSW Conference including cross-industry programming within Convergence Tracks which are open to all SXSW Badges.

PanelPicker® is the official SXSW user-generated session proposal platform developed to encourage the community to pitch their proposals for our daytime conference programming. This easy, two-step online process allows the SXSW community to have a voice in what creative and thought-provoking programming is scheduled for the event.

Read the PanelPicker FAQ for important information about SXSW, the PanelPicker entry process, and valuable tips. Propose 2020 SXSW session ideas through PanelPicker® before the final deadline on July 19 at 11:59pm PT.

Mark your calendars for August 1 when registration and housing opens for the 2020 SXSW season. In the meantime, get inspired by previous Keynotes, Featured Sessions, Red Carpets, and Q&A’s on our YouTube Channel.