‘Always Be My Maybe’: That Emotional Ending and the Cast and Crew’s Favorite Sequel Ideas

[Editor’s Note: The following contains spoilers from “Always Be My Maybe.”]

“Always Be My Maybe” comes full circle for its ending with celebrity chef Sasha Tran (Ali Wong) opening a restaurant that’s a departure from the “elevated Asian cuisine” she’s known for and returning to her culinary roots. Her New York eatery is a homey place called Judy’s Way in honor of her boyfriend Marcus’ (Randall Park) late mother, who had taught her to cook Korean food, especially kimchi jigae, a comforting and hearty stew.

“This is what I want to do: the kind of food that makes people feel at home, the way your mom always made me feel,” Sasha tells Marcus.

It’s one of many heartfelt and earnest moments in a romantic comedy filled with emotional scenes, ranging from an ugly breakup to a sweet but mortifying public declaration of love. Although Park and Wong are known for their comedic sensibilities, both were tasked with selling sentiment as well.

Of the two stars, Park has been acting longer and in a wider range of projects, ranging from his acclaimed ABC comedy “Fresh Off the Boat” and “Veep” to Marvel movies and “The Interview.” “Randall is just amazing. We’ve seen him be so funny so many times,” said director Nahnatchka Khan. “Ali obviously is known for her stand-up more than anything, so with this there was a lot required of her.”

Although Wong puts on an exaggerated persona for her stand-up acts that can be seen in the Netflix specials “Baby Cobra” and “Hard Knock Wife,” she’s not as well known for her scripted acting roles. She’s appeared on a number of shows including “Are You There, Chelsea?” “Black Box,” and “American Housewife,” but none of those are breakouts. She also provides the voice of anxious songbird Bertie on Netflix’s animated series “Tuca & Bertie.”

“She has a lot of emotional moments. You go through the script together, and we identified those moments,” said Khan. “She just killed it. She was ready for it. She didn’t shrink from the moment. She cares so much about the finished product that she will do whatever it takes, so she worked with an acting coach, as did Randall. Everybody was just wanting to get it right, and I think it was just their process of just going through it over and over again.”

Daniel Dae Kim, who plays Sasha’s ex-boyfriend Brandon, also had nothing but praise for Wong. “She’s legitimately good,” he said. “I leaned over to my friends watching the movie [at the premiere] last night saying that she is not only an actor, but she can lead a movie. Period. She’s so committed to her choices. She doesn’t apologize for herself. She just goes for it, and it makes her endearing, and charming, and funny, and very sympathetic.” 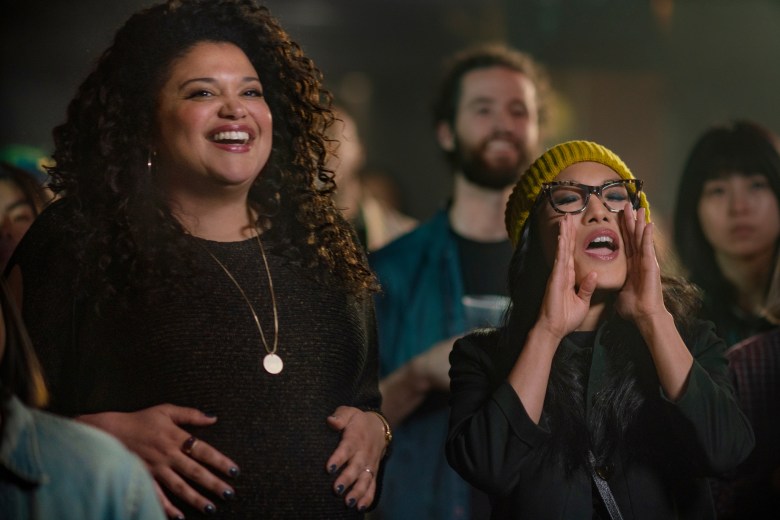 Michelle Buteau and Ali Wong, “Always Be My Maybe”

By the end of “Always Be My Maybe,” everyone achieves their happy ending. Sasha and Marcus are together, with him willing to hold her purse on the red carpet and also pursuing his musical calling with his band Hello Peril. Marcus’ dad has a love interest, Sasha’s parents have reconciled with her, and even Sasha’s friend Veronica (Michelle Buteau) has had her baby and named Sasha the godmother.

While this story is complete, the cast and crew of the movie were enthusiastic about continuing the story in the world that Wong, Park, and writer Michael Golamco created. No sequel has been announced yet, but that didn’t stop speculation about what could come next.

“Oh my gosh, what the fuck, yes. Put that shit into fruition,” said Buteau. “What happens? Where are they now? What does Veronica’s kid look like? I’m into all of it, yes. Does Sasha have a baby now?”

While Wong also wanted to follow Buteau’s character Veronica, Khan circled back to the idea of Sasha and Marcus beginning their family. “I was just joking with those guys that if you do a sequel, you could actually go back to the original Mariah [Carey] title of the song and do ‘Always Be My Baby’ and then have a baby.”

The baby idea has merit because so much of Wong’s onstage persona revolves around pregnancy and childbirth. Not only is she visibly pregnant in both Netflix specials, much of her material discusses how women’s bodies are affected in the most graphic ways after birth. 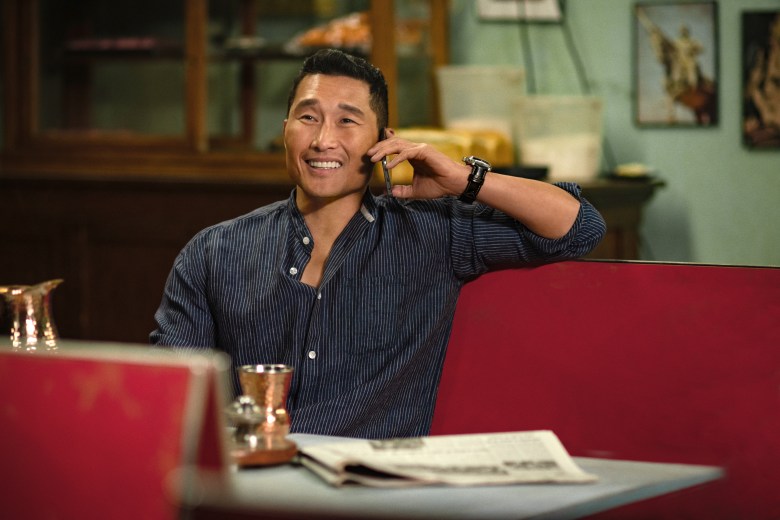 There’s another supporting character ripe for a sequel: Kim’s Brandon Choi. A big-time restaurant developer who decides suddenly that he and his then-fiancee Sasha should go on a break, he’s on a soul-searching trip to India where he begins to hang out with celebrity chef and “Top Chef” host Padma Lakshmi. It’s at this point that he calls to break up with Sasha.

Kim revealed that there actually was discussion to include more of Brandon’s story. “There’s a scene that we were talking about putting into the movie where he actually comes back. I thought that would be a nice way to close off his arc and also kind of show how far Ali had come, and then that’s closure to that relationship in a way that’s different from a phone call,” he said. “I do think he goes through change, and that’s the way that I worked on the character, but we just never really got a chance to see that. So absolutely, yeah. Let’s see the redemption of Brandon or Brandon learns his lesson.”

Park had perhaps the most unexpected idea for a sequel. In the movie, when Sasha and Marcus are heading home after their disastrous game night with Keanu Reeves, they start making out in the backseat of the Uber. But as the camera pulls out, it’s revealed that not only is the driver witness to this hot-and-heavy interlude, but so is the shotgun passenger (Yaroslav Poverlo0, a man holding a grocery bag with a baguette of bread sticking out of it.

“That’s fun to think of. A lot of the side characters, they all knocked it out of the park,” he said. “I’d want to do one about the guy in the Uber Pool, with the bread.” 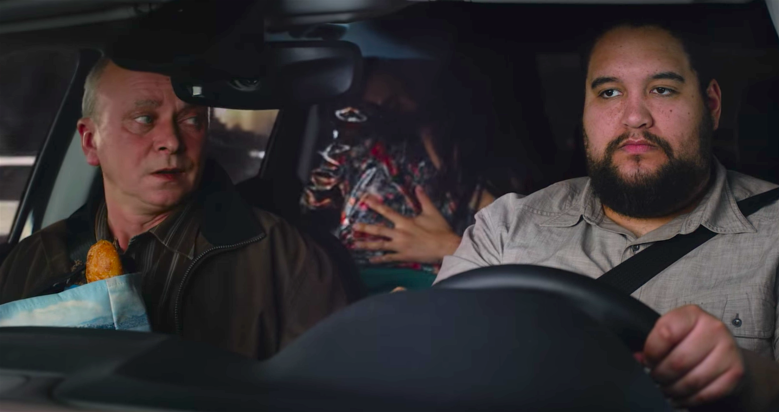 “Always Be My Maybe”

”Always Be My Maybe” is currently streaming on Netflix.