A sketchy comedic drama about two very different (yet oddly similar) women who harness the mystical powers of passive-aggressiveness in order to straighten each other out, Dolly Wells’ “Good Posture” struggles to find a central focus even as lived-in characters and an excellent cast help this debut capture life’s transitional phases with the kind of toothpaste-on-the-bathroom-mirror messiness they sometimes demand.

It helps that Wells is as humane behind the camera as she tends to be in front of it. A warm and casually brilliant actress whose performance in “Can You Ever Forgive Me?” is starting to merit her the attention she’s long deserved, the London native has always had a way of mining empathy from exasperation, and — even though she never appears onscreen — that’s still perhaps the greatest strength of her otherwise patchy first effort. Sure, the screenplay hinges on an entitled brat who constantly dares the audience to turn its back on her, but Wells sees real heart under all that sulking and keeps things fun until the rest of us see it too.

Lilian is not, by most accounts, a “likable” character. Played to mewling perfection by “Tramps” and “The Meyerowitz Stories” breakout Grace Van Patten (a major talent who’s one high-profile gig away from mega-stardom), the recent film-school grad may lack the attention span required to actually sit through an entire movie, but she’s smart enough to recognize that she isn’t the kind of person who typically makes for a good protagonist. For one thing, she has no idea what she wants and doesn’t seem all that interested in figuring it out. For another, even the idea of wanting things seems like it’s foreign to Lilian. 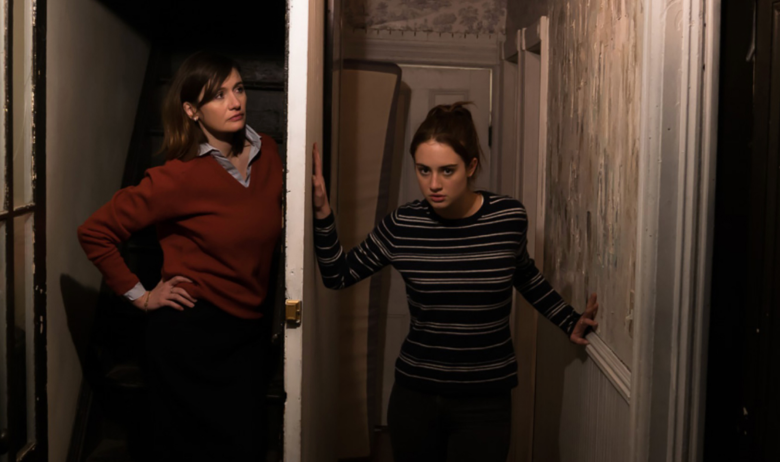 The beauty she’s inherited from her dead mother has made her lazy, and the money she’s gotten from her father (Norbert Leo Butz) has made her spoiled. The kindness of men — her dad included — has been enough to get her this far, but now that she’s left the nest of academia for the first time in her adult life and forced to fly on her own, Lilian is beginning to realize that “this far” isn’t close to far enough. When her boyfriend loses patience with her helpless pout and hermetic lifestyle, there’s nothing she can do but pack up her shit and move into a brownstone down the street.

A reclusive, famous writer named Julia Price (Wells’ longtime friend and “Doll & Em” co-star Emily Mortimer) has a spare room in her towering Bedford-Stuyvesant apartment, and Lilian’s well-connected dad is close enough with the author to call in a favor. Lilian, who arrives just in time to see Julia’s musician husband (Ebon Moss-Bacharach) storm out of the house, doesn’t get off on the right foot with her new host, as Julia is even more of a shut-in than she is. But as the two women start leaving hostile messages for each other in the pages of Lilian’s notebook, the cocoons they’ve built for themselves both start to chip open in almost imperceptible ways. Don’t hold your breath for any major transformations or dramatic come-to-Jesus moments; this (mercifully) isn’t “Finding Forrester,” it’s the kind of low-budget, outer-borough indie that ends with someone cracking a tiny smile as a pop melody bubbles up around them.

It takes a while for “Good Posture” to earn that upbeat energy. At first, the fun and percussive score feels like it belongs to a different film, as it clashes with the sullen vibe of the opening scenes. But as Lilian shuffles from one half-hearted scene to the next, befriending the dog walker who lives in the basement (Timm Sharp) and deciding to make a documentary about Julia’s life without asking for the author’s permission, Van Patten starts to make something of her character’s listless entitlement. For Lilian — who’s described as feral, but seems more like a domesticated zoo animal trying to survive her first nights in the wild — her greatest defense mechanism is that she doesn’t judge other people. At least, not permanently. She’s down to discover who they really are, even if they can’t even see it clearly. This may be a shaggy little maquette about someone growing sick of themselves, but Lilian’s open-hearted altruism complicates things in such an arresting way that the movie soon feels much bigger than all that. 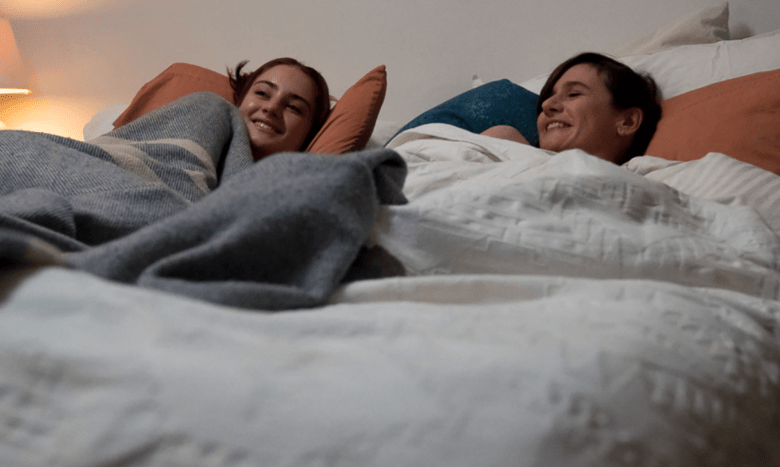 With Julia reduced to a disembodied voice for much of the story, Wells finds a number of amusingly unexpected ways to fill out the cast. Chief among them: the hilarious John Early, who plays the ill-equipped cameraman Lilian hires to shoot her documentary. The role is very much a John Early type — cartoonish, self-involved, and silly enough to disguise some genius-level comic wit — but nobody does it better. Sharp is strong as an ultra-neurotic foil for Lilian’s consequence-free lifestyle, and Mortimer shines when called upon.

But the biggest and most surprising assists come from the trio of authors who Wells enlists as talking head interviews in Lilian’s film-within-a-film. Martin Amis just sort of grumbles for a bit towards the end, but Zadie Smith and Jonathan Ames give genuine performances here, the former displaying a gift for deadpan (and wonderful chemistry with Early — please someone cast them in a buddy comedy) and the latter being his exuberant self. These video testimonials are interspersed throughout the film, and almost turn “Good Posture” into a Christopher Guest comedy whenever they pop up. Wells’ debut can be shaky on the dramatic side of things, but she has the kind of comedic instincts you can’t teach, and knows exactly how to play a scene to a performer’s strengths. She makes her actors look good, even in a glum movie that relies on the drab and depressive aesthetic of a gray Sunday afternoon.

More of a snack than a fulfilling meal, “Good Posture” is too scattershot to make good on the full potential of its protagonist — a movie so keyed in to how people can help one another can’t afford to underserve its central relationship this severely — but there’s also a nice literary messiness to Lilian’s growth, and a shrewd attention to the kind of support that women can only provide each other. While not designed to be an earth-shaking debut, “Good Posture” is more than enjoyable enough to suggest that Wells is no slouch.