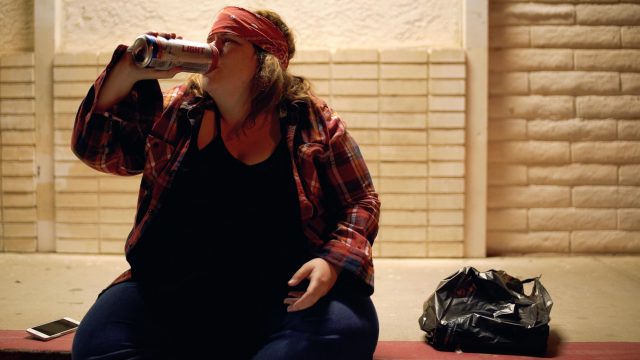 The 2019 SXSW Film Festival is almost upon us and we can’t wait to have you here! Before you make your way down to Austin, TX, get to know films from our lineup a little bit better with our Filmmaker In Focus series. Dive into our Q&A with directors Colby Holt and Sam Probst, as they tell us about their film Pig Hag, which will World Premiere in Narrative Feature Competition.

Colby Holt/Sam Probst: This film is a love letter to all the women who have befriended gay men. We are their confidants, therapists, and best friends. The men in their lives who truly know them. Who they tell everything. Here is to your ally-ship – the ones who stick up for us. Who value us. Who stand alongside us. You are beautiful the way you are. We stand beside you too.

CH/SP: We had several women in our lives going through a small crisis at the same time – around when they hit their mid-thirties. If they weren’t married or pregnant, people would start asking about it, and pushing them towards it – making them feel like they needed to get to it, or it would be too late. They start referring to pregnancies as geriatric at 35! We just felt the whole narrative being created for them was wrong. These friends of ours were strong women doing what they wanted with their lives and they were being made to feel like they were incomplete somehow. So this is really a cautionary tale of what could happen if you succumb to that line of thinking.

CH/SP: Do what works for you! Don’t accept someone else’s narrative for yourself. You know best what you want out of life. Everyone’s success looks different. Everyone’s timeline for their life is different. Don’t force it.

How did you find your subject?

CH/SP: Pig Hag isn’t a documentary, but the story and lead character were inspired by one of our dear friends. She was a little surprised and confused when we asked if we could make a film based loosely on her experiences. But she ended up loving the script and will be in attendance at the festival!

CH/SP: We were in a rideshare from the airport in Nashville on our way to visit family! The driver was pretty silent while he had two gays freaking out in his back seat, but he offered us a kind congrats to whatever had happened when we got to our destination. His name was Stephen and we will never forget him.

CH/SP: We felt like if any festival was going to program a film like Pig Hag it was going to be this one. It deals with tough issues in a grounded and offbeat way that we felt would play well with the vibe of SXSW audience, who might be willing to go somewhere weird, but honest. We can’t wait to share it.

Add Pig Hag to your SXSW Schedule. Stay tuned in the coming weeks as we share more interviews with our SXSW 2019 filmmakers!

The post Colby Holt and Sam Probst Discuss Their Inspiration For Their Film Pig Hag – SXSW Filmmaker In Focus appeared first on SXSW.