American independent cinema has gone through several generations since the end of the 1990s. The accelerated evolution might mirror the technological advances of the past 20 years, from the easy availability of early, consumer-grade digital cameras to the ubiquity of streaming platforms, as well as new social networks and the rising impact of regional film festivals.

You can put all that in perspective by spending a week in, of all places, Wrocław, Poland, where the ninth edition of the American Film Festival concluded this fall. The festival thoughtfully reframes highlights from the preceding year’s run of major (and minor) film gatherings, cherry-picking selections out of Sundance, South by Southwest, Tribeca, and others, as well as more multiplex-friendly items (“A Star Is Born,” “Halloween”) getting a premium introduction to the Polish market.

But the festival isn’t a rehash. While accounting for work along an auteurist arc from Frederick Wiseman (“Monrovia, Indiana”) to Alex Ross Perry (“Her Smell”), the program also offers a deep-dish context, as well as serious hang time for an array of guests that included producers Sara Murphy and Ryan Zacarias (supporting Rick Alverson’s “The Mountain,” with star Tye Sheridan), Aaron Shimberg (“Chained for Life”), Matt Grady (of indie distributor Factory 25), Ryan Scafuro (“Phantom Cowboys”,) and Nicole Brending (for the world premiere of “Dollhouse: The Eradication of Female Subjectivity in American Popular Culture,” a savage takedown of the Whitney/Britney celebrity-industrial complex, cast with dolls and painstakingly constructed over years in the filmmaker’s Twin Cities apartment).

Read More:Camerimage: ‘The Fortress’ Wins the Golden Frog at the Cinematography Festival

There was a Hal Ashby retrospective (complete with a Hal Ashby lookalike contest) and well-considered retrospectives devoted to a pair of American indie “OGs,” Sara Driver (“Sleepwalk”) and Alexandre Rockwell (“In the Soup”), whose ’80s and ’90s work evoked that distant, haptic pre-digital era (and the scummy wonderland of pre-Giuliani NYC) with undiminished vibrancy. That generational range established, the fest’s annual U.S. in Progress program — sponsored by the Warsaw production company Papaya Films — unveiled four new films from American directors whose varied approaches spoke to the vitality and diversity of the contemporary indie scene.

Each of the selections received awards of post-production services from Polish studios, designed to aid in final polishing before festival submissions of the completed films. They included three debut features, as well as “Initials S.G.,” the latest effort from the filmmaking duo Rania Attieh and Daniel Garcia (“H.”), who were unable to attend. (Producer Iván Eibuszyc, who represented the film, opted out of media coverage). IndieWire asked the other three filmmakers to take us behind the scenes of their promising features, which should be lighting up the festival circuit in the new year.

One quiet night somewhere in a midwestern small-town, an adolescent girl, still wearing her high school marching band uniform, goes missing. The effects of the vanishing ripple through a small community, where middle-class decorum and apparent family values give way to dark secrets, psychological dysfunction and a profound emotional yearning. Chicago writer-director Jennifer Reeder’s debut feature – following multiple short films – flips the script on all the male cult auteurs whose names might come to mind from the above description (Lynch, Waters, Solondz and so on), evoking a gothic Americana from the perspectives of four teenage girls.

Reeder set herself a goal: “How do you make a feminist teen horror film where you still have a dead girl, who’s dead within the first 10 minutes of the film?” She asks. “How do you make that feminist? I hope I did that.”

The idea of the “missing teenage girl” is a staple in horror films and thrillers, Reeder notes. “I wanted to take that and make something that is maybe a little less predictable.” 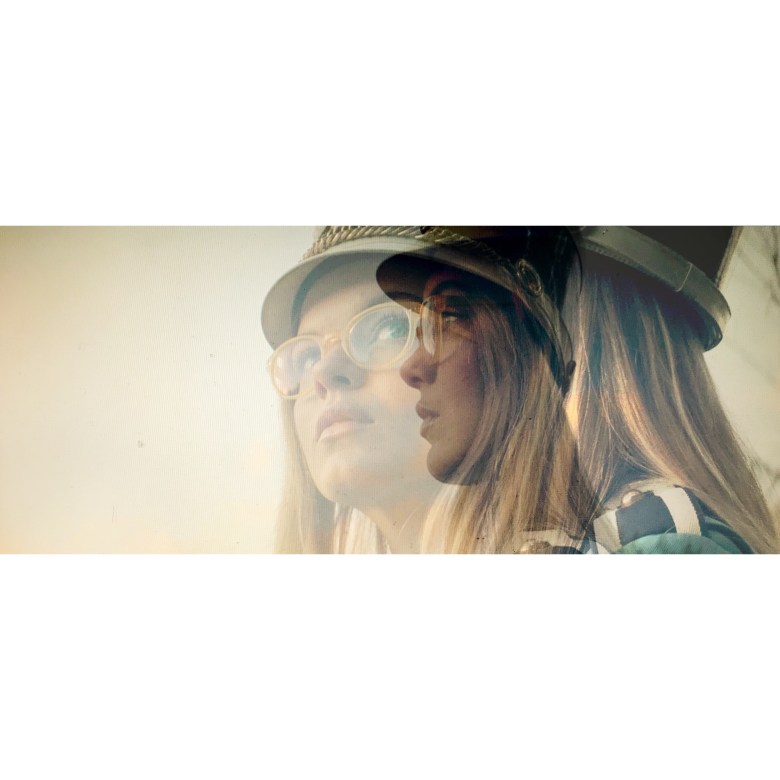 Among the flourishes that Reeder employs are telling musical interludes that take place in a high school choral class, featuring a cappella versions of ‘80s new wave and pop hits, like New Order’s “Blue Monday” and “Our Lips Are Sealed” – also an aspect of earlier short films (“A Million Miles Away”). The interludes are sweetly melancholic, offering emotional cues while also giving old lyrics contemporary meaning.

“My experience of someone singing a lamentation is really transformative,” Reeder says. “The human voice in song is close to a kind of religion for me. I wanted to make a film that had those moments. It’s a little like a Greek chorus.” The movie, with its kitsch-loving art design and cotton-candy colors, its subversion and affection for high-school rituals and family dinners, also inverts what audiences have come to expect of coming-of-age stories. It’s the adults, Reeder explains, who are having a hard time, struggling with their identities. The kids are all right.

“I fully believe in filmmaking as an art form so I wanted to make things that felt really experiential, something that hovered slightly above reality, with characters that feel like kind of archetypal representations of who they are in the world,” Reeder says. “Yeah, and create something that feels magical, a specific kind of world that you either want to exist in for an hour and 50 minutes or you don’t.”

“Once Upon a River” (dir. Haroula Rose)

A more traditional coming-of-age story, “Once Upon a River” nonetheless boasts a most unconventional heroine in Margo Crane (newcomer Kendi DelaCerna), a 15-year-old girl being raised in a riverside cabin amid the wilderness of western Michigan by her Native American father, after her white mother has abandoned them. Margo is a prodigy with a rifle, an eagle-eyed huntress, who idolizes Annie Oakley, and a stoic loner who guardedly strives to prove herself in a community dominated by men. Her strong will carries her forward through a succession of horrifying events that compel her to leave home, and find her way through a series of encounters, as she goes in search of her mother.

Rose adapted the film from the 2011 novel of the same name, written by Bonnie Jo Campbell, who like the filmmaker also graduated from the University of Chicago.

“I really love that it’s about friendship and resilience in really difficult times but in a really unique way,” says Rose, an accomplished singer-songwriter with a string of short films to her name, and credits on such Sundance breakouts as “Fruitvale Station,” on which she was an associate producer. “She’s on an odyssey. It’s essentially a road movie, but in very particular circumstances, and she’s a girl becoming a woman among all these men but still kind of holding her own. There were so many things that are unexpected about it that I liked.”

Much of the film was shot an hour north of Chicago, around Antioch, Ill., in a landscape that was familiar. “I grew up around the midwest, and just loved the people and the way it felt. It feels like it’s in a different time in a pretty charming way, and there is still also this darkness.”

Darkness and cold. While Rose picked up a lot of visual character shooting outside, the climate exacted a price. “You have to learn to wear lots of layers of long underwear,” she says. “There were some days that were brutal.” As timing would have it, the film’s big romantic scene took place on the coldest night of the production. “And they had to be fairly revealing,” Rose says of the actors. “At least we got to wear clothes. I felt for them.”

Luckily, the cast was full of troupers. Rose relied on a bounty of Chicago talent, including up-and-coming young actor Sam Straley. (ABC’s “The Kids Are Alright”). She also found seasoned screen and stage actors like John Ashton (“Midnight Run,” “Gone Baby Gone”), who takes a key role. Her young lead, discovered with only a few weeks left before the shoot began, proved a charm, as well, projecting the true grit that the movie needed in every single scene. “You don’t want it to be this abysmal, dark, sad thing the whole time,” Rose says. “She has this inner light that is so appealing.”

Read More:Sundance No-Shows: 10 Indies We Can’t Wait to See that Won’t Be at the Festival 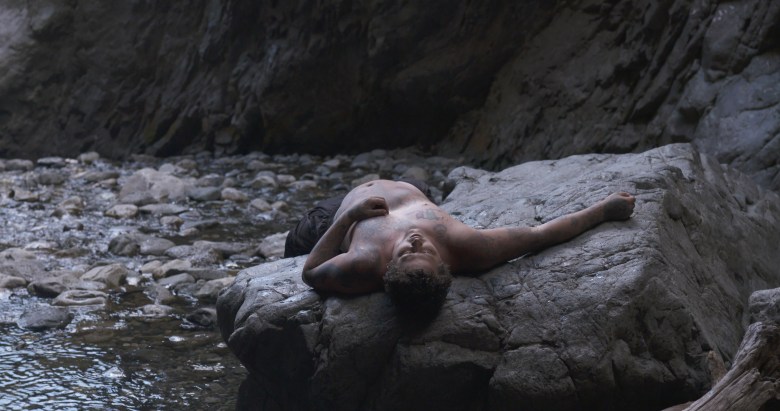 An apocalyptic nonfiction-ish account of a tribe of Soundcloud rappers eking out a marginal existence in the desolate hills of western Colorado while staying high and recording odes their adventures with the aid of Auto-Tune, “Crestone” feels like a breaking news alert from the planet Mars. But for filmmaker Marnie Ellen Hertzler, it all began in high school.

That’s where she met her cast. “They used to be the cute skater boys,” says Hertzler, who grew up in Raleigh, N.C. The filmmaker eventually landed in Baltimore, where she teaches, and has made numerous experimental short films that toggle between video art, animation and memoir. As unusual as it sounds, “Crestone” might be her most conventional work, as Hertzler and her cameraman collaborate with the rappers to create a shambling storyline out of daily life in the middle of nowhere: breaking into houses to look for food, ceremonial tattoo gatherings, recording sessions and hikes to investigate mysterious caves, with the ominous hints that this is all that’s left after some unnamed catastrophe.

“I told my DP that I wanted the camera to be their friend that’s super high,” Hertzler says, of cameraman and co-writer Cory Hughes. “Stumbling around with them, the camera gets super-close sometimes, but also loves them and loves gazing at them.” The filmmaker herself is the only woman in view, appearing in some outtake-like moments among the all-male cast. “I know them so well, they are the fringe, and they live a lifestyle that is sometimes frowned upon, and they glorify, and they constructed for themselves,” she explains. “And it’s beautiful. So I wanted to show that.”

If thoughts of “Gummo” come to mind, that’s not far off the mark. “That was the first movie I ever got on Netflix home delivery,” says Hertzler. “Which was so random. And I wasn’t expecting it. And I was this good girl in high school who just got Netflix and I got ‘Gummo.’ I thought: This is what movies can do to you?”