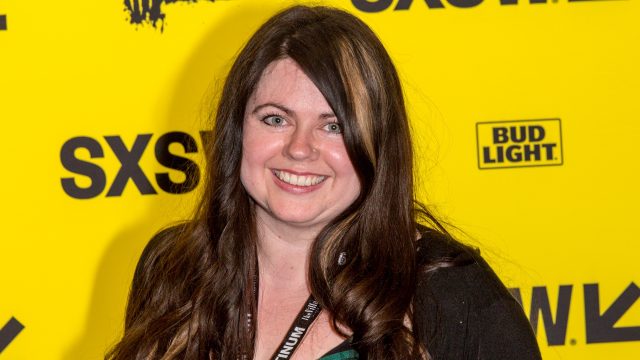 At SXSW 2018, we celebrated the 25th Edition of the SXSW Film Festival and had the pleasure of sharing stories, memories, and reflections from our distinguished alumni. We had a blast telling these tales and want to keep the party going! Today we spotlight Lindsey Dryden.

Dryden has been to SXSW in many different capacities over the years as a director, producer, and speaker. She was a part of the Film Mentors and Round Table programs in 2014 and 2016. In addition to producing 2017 Festival Favorite selection Unrest, she participated in two panels: UNREST VR: Finding the Form to Tell Your Story and Queer Voices On and Off Screen. Dryden recounts her SXSW experience about debuting the documentary features Lost and Sound and Unrest below.

“SXSW changed my life when Janet Pierson saw something special in the first feature documentary I directed, Lost and Sound (World Premiere, SXSW 2012). I had spent three years swimming around in the stories of music lovers who had lost their hearing and were now trying to rediscover sound – a story really personal to me – and Janet seemed to recognize the quiet power of its narrative. I got the news that we had been selected the night before my 30th birthday, standing in a cinema lobby in London with friends, and thanks to SXSW that was the beginning of an extraordinary year traveling with the film. It was also the start of an unexpected love affair with Texas, and of some of the closest relationships in my life. What is it about this festival!? To my surprise, I met people that I’ve come to love, some through the Airbnbs we rented, some in line for a film, and one literally wandering in the street, both of us looking for a place to dance.

Since 2012, I’ve shared adventures, road trips, travels, marriages, and births of babies with them, and I try to be in Austin for several months of each year. So SXSW is about people and love as well as film and career for me. I’ll never forget standing in the wings of the Paramount Theatre, moments before Lost and Sound‘s world premiere (me all shaky and sweaty, Janet radiating calm and easy-going appreciation), when she said, ‘You know, once I saw your film I just could not stop thinking about it. I couldn’t get it out of my mind.’ That vote of confidence has always stayed with me, and motivated me when my weird ideas aren’t working or I’m losing faith in the film industry.

Films I love had launched at SXSW, so it meant the world to join a group of appreciated outsiders and glorious weirdos. The audiences are so special too; they really show up and care about the work, and people are refreshingly unpretentious here. I remember walking up the street in awe when people were queuing round the block for my film, and feeling a bit beside myself when I heard them gasp and laugh and cry during the screening. Someone even tried to stuff $50 into my hand after the world premiere when she heard how hard it had been to fund the film!

We went on to bring a feature documentary I produced, Unrest, to SXSW in 2017 and in the years between I’ve mentored, hosted Q&As, spoken on panels, and thrown parties during the festival with my Queer Producers Collective crew (LGBTQ+ two-step dancing, anyone?). Oh, and I’m a film production professor part-time, so it’s been extra special to see some of my brilliant students’ work selected, like the short doc Dead Tissue Love in 2018. Unrest‘s selection for SXSW was no doubt part of its trajectory to being included in the 2017 shortlist of 15 feature documentaries considered for an Oscar nomination, and I hope to bring my future films to Austin, too. Janet, Jim [Kolmar], Austin, the team, and SX’s audiences have been inspirations and supporters that I treasure. SXSW Film really was the beginning of a magic journey for me.”