Alfonso Cuarón Fell in Love With ‘Twin Peaks: The Return’ While Making ‘Roma’: ‘I Wish More Shows Were Like That’

When Alfonso Cuarón was shooting “Roma,” his personal ode to the Mexico City neighborhood where he grew up, he didn’t have much time to watch anything else. But once he started the post-production, he discovered a new obsession: David Lynch’s “Twin Peaks.” Cuarón watched Lynch’s uncompromising Showtime relaunch of the enigmatic show while putting the finishing touches on his own passion project, and he breezed through it. “I loved ‘Twin Peaks,’” Cuarón said in an interview ahead of receiving the Vanguard Award at the 2018 IndieWire Honors. “I wish more shows were as bold as that.”

Cuarón is not exactly a stranger to television production. He directed for the Spanish-language anthology series “La Hora Marcada” early in his career and co-created the short-lived 2014 NBC series “Believe.” However, he has mostly stayed away from the medium even as more filmmakers have been attracted to the range of possibilities it offers up now. “There are amazing expressions of narrative and character, but not that many cinematic experiences in the medium,” he said. “At this point, the examples of those miniseries that I deeply admire more for narrative than filmmaking.”

“Twin Peaks” provided a counterpoint. “You have this filmmaker who’s not constraining his narrative,” Cuarón said. “He’s just creating his world, and that world is not only story — it’s also his atmosphere, his cinematic approach. I love it. I love the ambiguity of it, the spookiness of it. I think it’s like wading through the subconsciousness of a very, very wacky mind.”

Cuarón added that he does watch plenty of new shows, and appreciated that they provided storytelling opportunities no longer found in the risk-adverse studio arena. “Television offers an amazing opportunity for narratives, and character,” Cuarón said. “Studios are completely afraid of those things. They’re somehow afraid they’re going to scare people away from the theaters or distract people from the visual effects.” 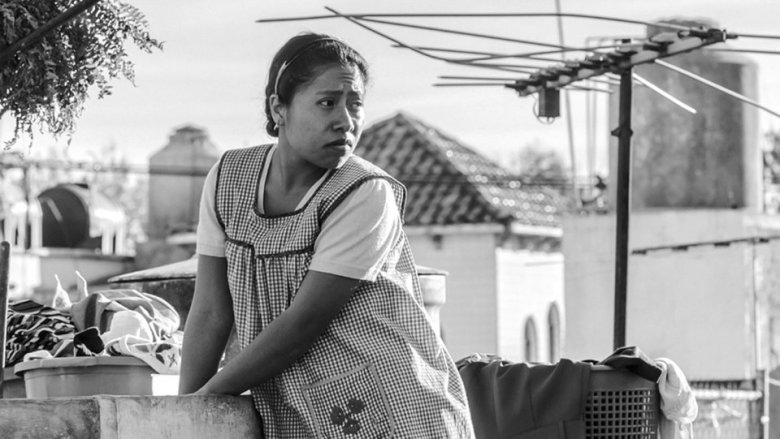 Cuarón’s films often experiment with time, and the two-and-a-half hour “Roma” has been designed for audiences to gradually become comfortable in its 1970s setting. He saw television as an extension of his own impulse to have looser standards about running times. “This whole thing about the length of films was a convention that was created early in the life of cinema and inherited over the years,’ he said. “It was not a commercial paradigm. Now I think new media are challenging that.”

Cuarón added that he does pay attention to other shows, “but with many of them, I get confused which is which,” he said. “I’m addicted when I watch them, but when I’m finished, I forget if it was the Danish detective one or the American gothic one.” Nevertheless, he acknowledged the potential on the horizon. “There are some amazing writers and directors gravitating television, if we we can still call it that,” he said. “It’s exciting. We’ll see how everything evolves.”

Netflix releases “Roma” in New York and Los Angeles on November 21, with more cities added December 7 ahead of its streaming and wider theatrical release on December 14.