Jonah Hill’s ‘Mid90s,’ ‘Can You Ever Forgive Me?’ and ‘Wildlife’ Start Strong

In a year when once-standard specialized two-city platform openings over $20,000 have become increasingly rare, three films pulled that feat this weekend. “Mid90s” (A24) lead the way, followed by “Can You Ever Forgive Me?” (Fox Searchlight) and “Wildlife” (IFC).

This is particularly notable in a weekend where the top two nostalgic wide releases, “Halloween” and “A Star Is Born,” pulled older adults. And at the same time, three recent limited releases — “The Hate U Give” (20th Century Fox), “The Old Man and the Gun” (Fox Searchlight), and “Free Solo” (Greenwich/National Geographic) –all grossed over $1 million in their wider breaks, with the first two breaking into the Top Ten.

This impressive opening falls a little below recent top-dog  “Free Solo.”  Set in 90s Los Angeles, Jonah Hill’s directorial debut, which follows a 13-year-old who escapes his troubled home life by immersing himself in skateboarding, drew an atypical specialized audience mostly under 35, at which A24 excels. Though it earned good reviews, the film reached non-core arthouse moviegoers not driven by awards potential as much as story and characters.

What comes next: The national expansion starts this week. 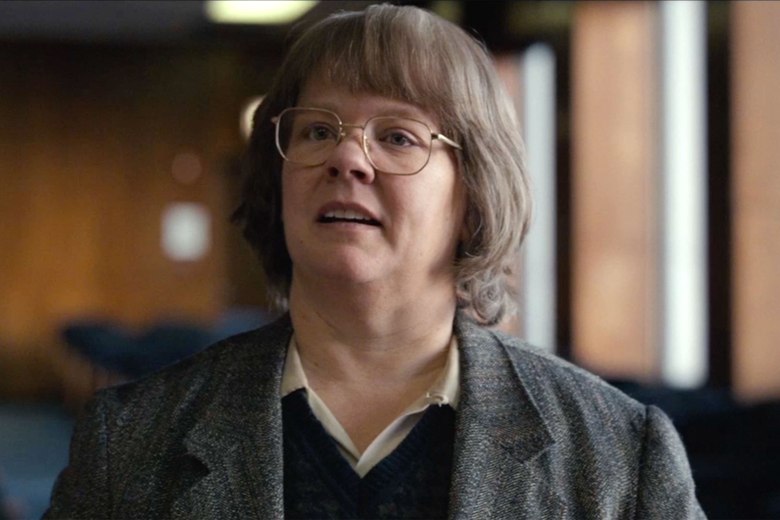 Can You Ever Forgive Me? (Fox Searchlight) – Metacritic: 87; Festivals include: Telluride, Toronto 2018

Melissa McCarthy’s foray into quality drama, playing a real-life biographer whose life takes a strange turn toward forgery and deception scored high-end reviews. Its debut in five major New York/Los Angeles theaters faced competition as well as some audience resistance toward a mainstream comedienne not known for more sophisticated fare. These are decent results though, well ahead of Searchlight’s recent “The Old Man and the Gun.”

What comes next: Five more cities join this week ahead of a national rollout over the next month.

Paul Dano’s directorial debut about an adolescent Montana boy faced with a sudden family crisis as his dad leaves to fight forest fires started decently for a rural film without big city appeal, with the potential that it could find similar success beyond big cities.

What comes next: The start of its national expansion begins this week.

The Price of Everything (HBO) – Metacritic: 75; Festivals include: Sundance 2018

Showing a strong response in a single 100 seat theater, this documentary about contemporary high art sales found strong initial interest, much like other creative-world films.

What comes next: Seven more cities open this Friday ahead of its HBO presentation.

What They Had (Bleecker Street) – Metacritic: 71; Festivals include: Sundance, Toronto 2018

With a veteran cast including Hilary Swank, Michael Shannon, Blythe Danner, and Robert Forster, this story of older parents and their needs as they confront the last stages of life scored modest reviews and didn’t find strong interest in its initial New York/Manhattan in what was a very competitive week for new films.

What comes next: Eight more cities open this week with a wider release beyond that.

On Her Shoulders (Oscilloscope) – Metacritic: 82; Festivals include: Sundance, South by Southwest 2018

This documentary about a survivor of ISIS slavery who has turned to activism opened in Manhattan to very strong reviews and a degree of interest.

What comes next: Los Angeles opens on Wednesday, with limited engagements in major cities to come.

Horn from the Heart: The Paul Butterfield Story (Abramorama) – Festivals include: Newport Beach 2018

This documentary about the Chicago (white) blues musician opened to modest results in Manhattan.

What comes next: Los Angeles is next on November 5.

Wim Wenders’ 1987 West Berlin-set romantic fantasy (whose influence is seen on “Angels on America” and “Birdman”) had a strong reissue showing in New York in a 4K restoration.

What comes next: This should get the usual calendar and limited engagement national release. 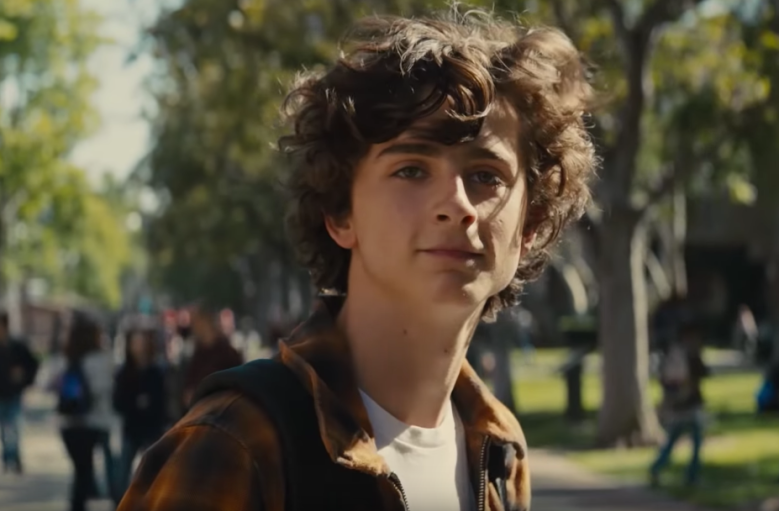 Amazon’s father/son drama drug-centered drama with Timothee Chalamet and Steve Carell in its second weekend is performing a little ahead of other specialized releases from the last three months. That should position it for decent wider play as multiple other titles compete for the same audience ahead. This won’t break out, though: the company’s “Manchester By the Sea” in the same number of theaters on its second weekend averaged $25,000/theater (helped by Thanksgiving weekend placement).

A topical story about tricky family get-togethers in a divided America is finding little response in its quick second weekend expansion, despite the presence of Tiffany Hadish and John Cho in the ensemble. 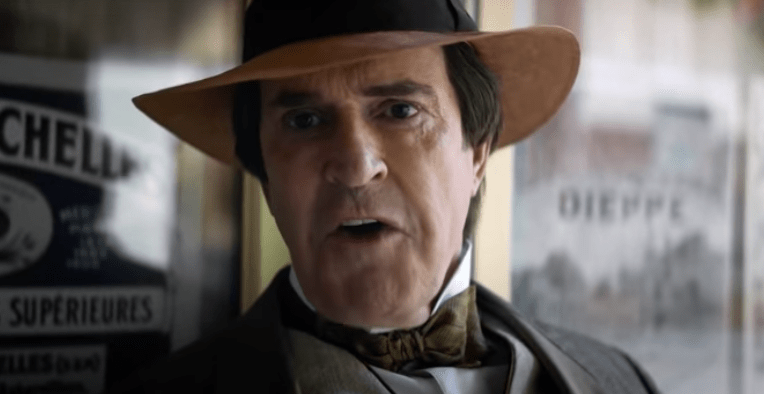 Rupert Everett directing as well as playing Oscar Wilde is getting only modest interest in its second week expansion. 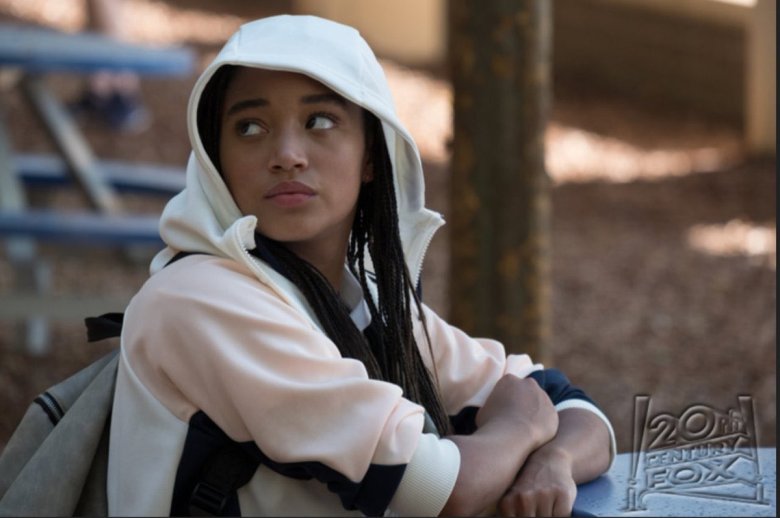 George Tillman Jr.’s highly regarded drama of ordinary people confronting police violence went very wide in national release on its third weekend. 20th Century Fox has handled this with the finesse of a specialized unit, giving it a second week in the Top Ten (#6 this weekend, close behind “First Man” which has half again as many theaters). This looks like it could sustain a few weeks at many of these theaters.

The Old Man and the Gun (Fox Searchlight) Week 4

This film starring Robert Redford as a bank robber placed in the Top Ten as its widened this weekend. These are decent results on par with his earlier solo role in “All Is Lost” at about half as many theaters per screen. It should end up somewhere between $8-10 million.

While this major nationwide expansion for National Geographic’s breakout Yosemite climb documentary no longer boasts the same limited-release theater averages, it did amass a decent total. It’s a more rapid trajectory than the summer’s top non-fiction films: “RBG” did $1.2 million in its second weekend at 179 theaters. “Free Solo” might not be quite as high, but its ability to do this well without built-in older art audience appeal is still impressive, and its totals will likely get considerably higher. 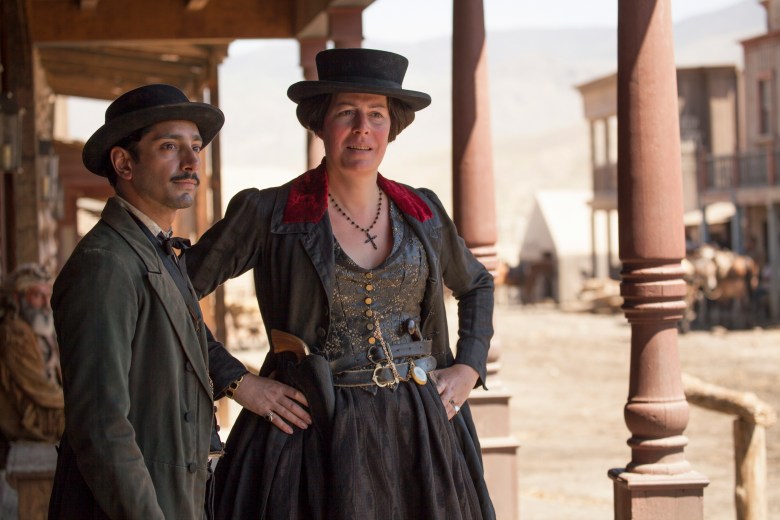 Whatever the variability of its success with its productions, Annapurna remains a strong distribution company as it corrals a large number of theaters. However, the result of this huge expansion showed overreach. Jacques Audiard’s well-received Western with Joaquin Phoenix and John C. Reilly managed a dismal average of $650 per theater.

Keira Knightley’s turn as the French writer has had a rapid expansion. It looks like the film (with partner 30West) it will amass around $5 million.

Tea With the Dames (IFC) Week 5

Maggie Smith, Judi Dench and friends in a garden discussing their careers continues to carry some modest appeal.