‘Halloween’ Breaks Records, While ‘A Star Is Born’ Shows October Can Work for Box Office and Awards Play

In another hit from a very strong October, “Halloween” is the month’s second-best opening weekend ever (yes, that includes adjusted). Its $77.5 million total is just a little below what “Venom” debuted to two weeks ago, at 10 times the budget.

Meanwhile, “A Star Is Born” became the second release this month to reach $200 million  — a first for October. Only four films total have done this — “Meet the Parents,” “Gravity,” “Shark Tale,” and “The Martian” (at 2018 prices).

That puts October 2018 in the hunt for the best ever (though it will need to approach $1 billion to do so, with about $625 million in so far). The only thing holding it back is the bulk of the revenue comes from these three hits; beyond them, there isn’t a lot that’s doing strong business.

The 11th entry has the biggest start of any film in the four-decade “Halloween” franchise, and already has topped the grosses of all but three (adjusted). It will easily be the biggest other than John Carpenter’s 1978 original ($184 million, including an additional $400,000 this weekend).

Though “Halloween” trails “It” as best horror opener (and vies with “Interview of the Vampire” as second best), it’s set a number of records ranging from standard to esoteric. It is the biggest Halloween-adjacent opening, and the biggest start for any film from Blumhouse Prods. (“Paranomal Activity 3” in 2011 was its previous best at $61 million).

But here’s one “Halloween” record that escaped attention: It will be far the biggest initial gross for any film with a lead played by a woman over 50. She, of course, is Jamie Lee Curtis, who first portrayed the heroine as a teen. (Second best was the recent “Oceans 8” with Sandra Bullock, 54.) Audiences were drawn by Curtis’ link to the original, a film that ranks with “Psycho” and “The Exorcist” among iconic horror films.

Here’s another apparent record. “Halloween” should have the biggest opening for any film that premiered at the major fall festivals. Studio films that followed their Toronto premieres with a wide release either bowed right away (“The Magnificent Seven”) and/or were Oscar contenders (“Argo”). “Halloween” waited more than a month after its Midnight Madness presentation, and its initial weekend will more than double any prior Toronto world premiere.

Is a major drop likely? A couple of things suggest it could hold better than many top horror openers, most of which fall over 50 percent in their second weeks. To its benefit, there is one more weekend ahead of the actual holiday, and the film has room for growth. Almost 60 percent of its audience was over 25, very high for a horror film. And though strong, the 40 percent African-American/Latino share was lower than typical, as was the 53-percent male audience. That means if word of mouth is strong (the B+ Cinemascore, though just slightly over “good” by this scale, is still high for the genre), a $40 million second weekend is possible. 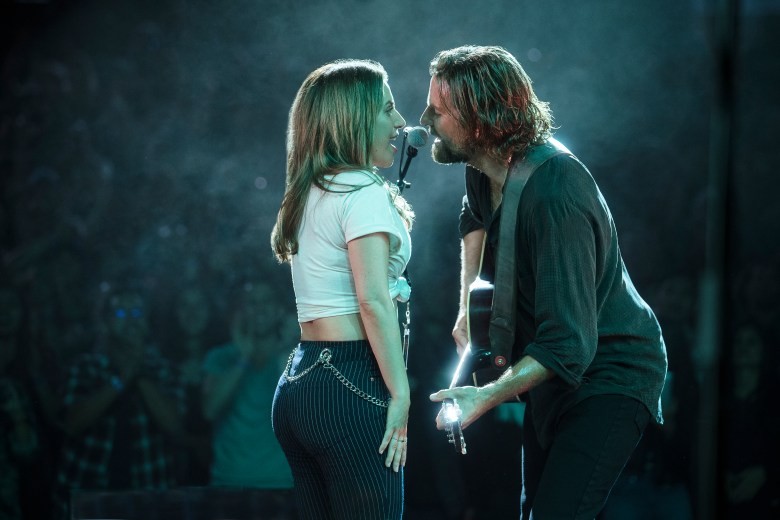 With a drop of only 32 percent, Bradley Cooper’s “A Star Is Born” retained its second-place showing (with the last two weeks’ #1, “Venom,” dropping to third). With $126 million in, it should hit around $200 million. Beyond its considerable awards chances, that makes it a very successful film (especially with its economical $36 million production budget). It is ahead of recent Warner Bros.’ last two Best Picture Oscar winners, “Argo” and “The Departed” (both of which were October releases).

This should be a top five film for the next few weeks — and likely top 10 through Thanksgiving into early December,  decision-making time for many awards groups. If it does end up a big winner, this could justify future awards releases moving into early-fall dates. 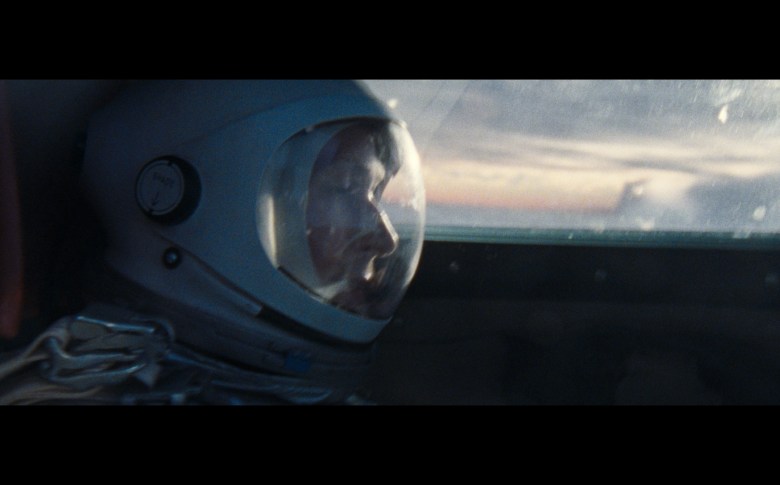 That said, Damien Chazelle’s “First Man” is struggling through its October release. While its reviews are excellent, this weekend saw a 46 percent drop from its disappointing initial numbers of barely $16 million. There’s been unexpected audience resistance to its retelling of the first moon landing: “A Star Is Born” and “Halloween” are getting more of the older ticket buyers on whom “First Man” depends, while niche films like “The Hate U Give” and “The Old Man and the Gun” are both in the top 10. At worst, “First Man” will gross around $50 million (and unless foreign responds better, lose money).

“Venom” dropped 48 percent in its third weekend. At around $100 million or a bit higher in cost, this Marvel entry is a big winner for Sony. It should top out around $225 million domestic, and worldwide will soar to over $600 million (China and Japan are ahead).

A second-weekend drop of 38 percent for “Goosebumps 2: Haunted Halloween” moved it ahead of “First Man.” This lower-cost ($35 million) family film should further benefit from pre-Halloween viewing next weekend.

Any hopes that “Bad Times at the El Royale” would find quick interest after its weak opening went away with its 54 percent drop. Perhaps it finds a footing later when it reaches home viewing.

Two platform-opening films — “The Hate U Give” and “The Old Man and the Gun” — placed in the Top 10.

Read More:Jonah Hill’s ‘Mid90s,’ ‘Can You Ever Forgive Me?’ and ‘Wildlife’ Start Strong