What a great time to be a designer, even better if you are working with UI and UX. If you stop for a minute and think that less than five years ago there landscape of tools for UI and UX were very poor. Fireworks was gone and Sketch was in its infancy. Fast forward to today and the story is very different. There’s an abundance of tools and they keep getting better. That’s the case of the new Adobe XD version that Adobe released today. Go ahead you can download it already.

The new Adobe XD improves on many areas, without losing its great quality before, that is speed. I really like how they carefully add features, always thinking about the right way to do it, without bloating the experience. For this release it’s not different.

Adobe invited us to a demo of the new XD where they showed a little bit about the behind the scenes and how XD was built. From early prototypes to the brand new features. It was definitely awesome to see the roadmap they created coming to life; and for this release they have great additions, including voice control, auto-animate, responsive design features and plug-ins and many more. I will list the three main features for me.

This was easily my favorite feature. I believe it’s crucial for designers to move beyond static images and think about how things behave on the screen. With Auto-Animate you can now easily create prototypes with immersive animated transitions. Simply duplicate an artboard, modify object properties, such as size, position, rotation, etc., and apply an Auto-Animate action to create an animated transition between artboards. See more of Auto-Animate in the video below. 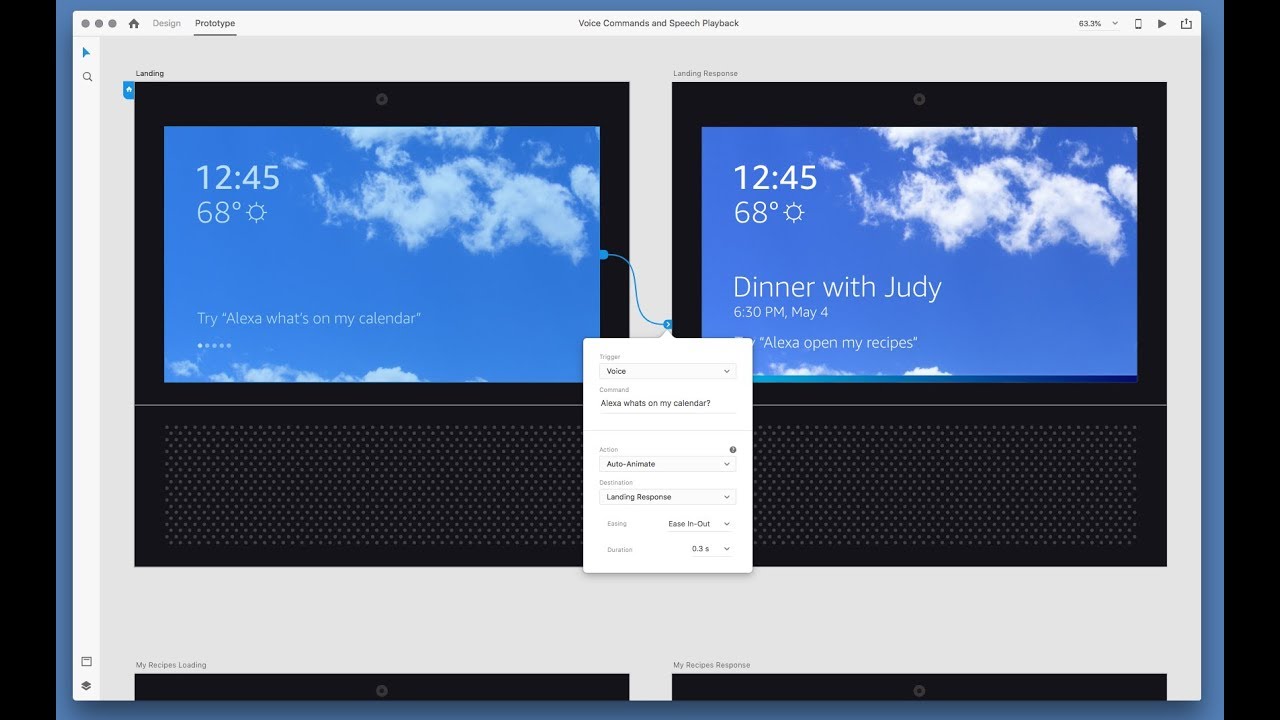 This was one feature that I was a bit skeptical, but after seeing the demo I was sold. It’s extremely useful for any voice triggered design. Now you can use voice triggers and speech playback to create audio interactions for smart assistants and other experiences beyond the screen.

Automate tasks, design with data, and import assets from the web with new plugins. XD also integrates with popular productivity apps like Slack, JIRA, and Microsoft Teams. The extensibility that this feature adds is really important for the success of the platform. We can see all major players doing this. Adobe with its influence might have an edge here though.

Those were the top three features but the list doesn’t stop there. There are many more like:

They also are very focused on having a close relationship with the UX community. As they mentioned: “We’d love to continue the dialogue! Help us shape the future of Adobe XD by submitting feature requests or file bugs. You can follow our handle @AdobeXD for updates or reach the team on Twitter using #AdobeXD. You can also talk to us using Facebook, where we share videos and updates as well as answer questions during live sessions”.

This release is packed with great features and highlights Adobe’s commitment to their goal to create the best interface design tool, which is ironic, because they did have the best one, it was called Fireworks. I know, that’s past and we should focus on the here and now. That is what Adobe is doing. With a cadence of well-crafted features; always focus on speed and performance; and close relationship with the UX community they might have a chance of succeeding as the best design tool. It’s too soon to tell because there are great tools out there and that is fantastic for us.

Personally I believe the biggest challenge is to close the gap between design and engineering. To provide tools that realistically allow designers to innovate but streamline the process of translating this to code. Added on top of that real time collaboration and you will have the best tool. At this moment there is no tool that does that, each one has its strengths and weakness. Will XD be the one to do that? I don’t know. But it’s definitely becoming an amazing tool.

For more information make sure to check out: https://www.adobe.com/products/xd.html