Inspiring Books – Shoe Dog: A Memoir by the Creator of Nike

Inspiring Books – Shoe Dog: A Memoir by the Creator of Nike

Book are always a great source of inspiration, there’s always something new to learn. I believe we all know that, but there are books that are truly special, and the book I want to share with you today ranks at the top of my list. The book I am talking about is Shoe Dog: A Memoir by the Creator of Nike by Phil Knight and it’s a fantastic read, one of those you feel sad when you are getting close to the end.

.. you are remember for the rules you break…The book, as the title says, tells the story of Nike. From the simple dream of Phil Knight to try to reproduce the same disruption the Japanese did in the camera industry but in the shoes industry. He believed he could beat the Europeans, Adidas and Puma, by selling cheaper, but high quality running shoes. On top of that, Phil, was a runner, and his first partner was his running coach, who loved to tweak and improve shoes.

I won’t spoil the whole book, but the message that resonated with me was the pursue of your dream, the importance of passion and persistence, and probably one that I was not expected, the subliminal power of living in the here and now. I love the connections he makes in the end, but I will let you find out. Here’s a better description of the book:

“So that morning in 1962 I told myself: Let everyone else call your idea crazy . . . just keep going. Don’t stop. Don’t even think about stopping until you get there, and don’t give much thought to where “there” is. Whatever comes, just don’t stop.”
― Phil Knight, Shoe Dog 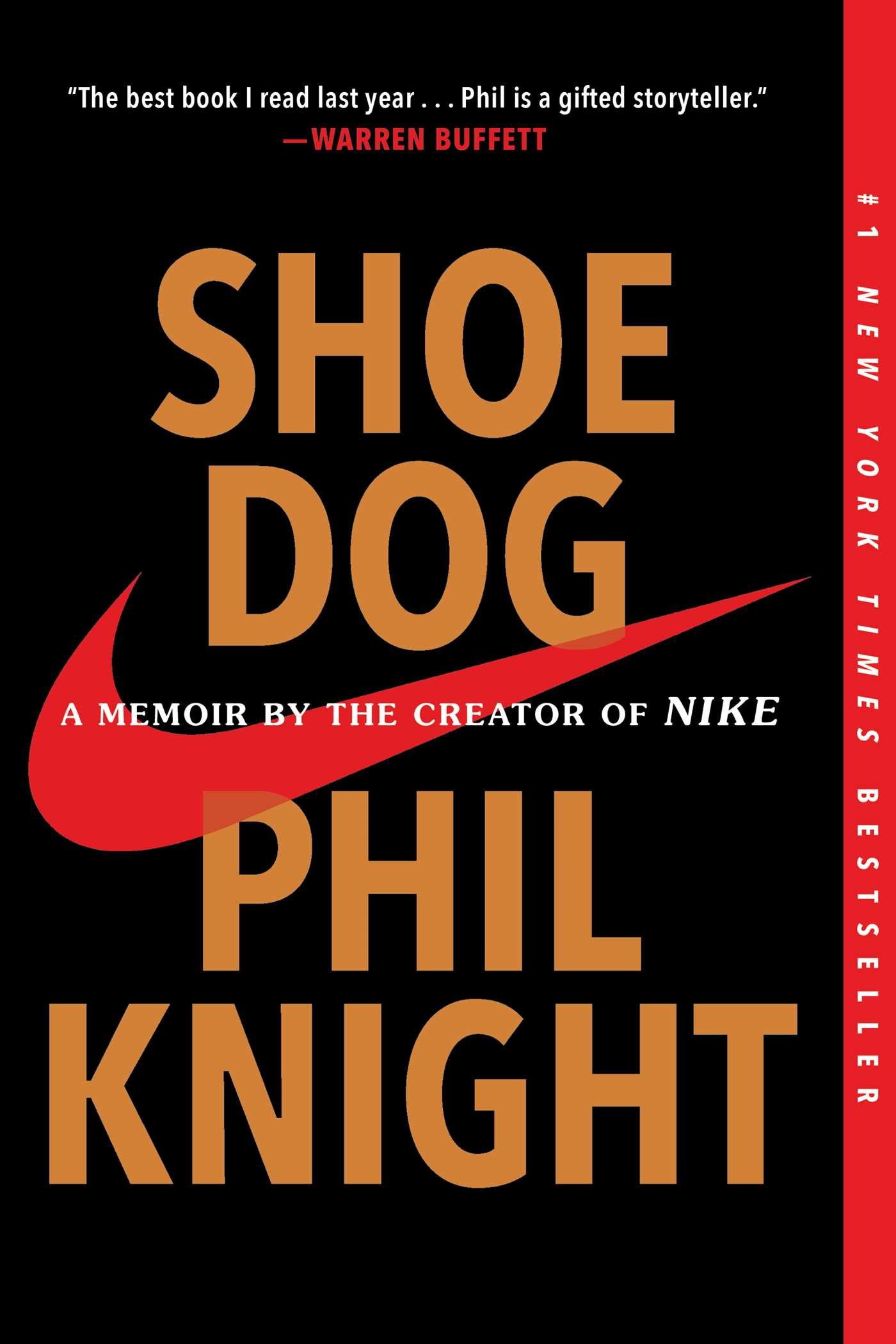 In this candid and riveting memoir, for the first time ever, Nike founder and CEO Phil Knight shares the inside story of the company’s early days as an intrepid start-up and its evolution into one of the world’s most iconic, game-changing, and profitable brands.

In 1962, fresh out of business school, Phil Knight borrowed fifty dollars from his father and created a company with a simple mission: import high-quality, low-cost athletic shoes from Japan. Selling the shoes from the trunk of his lime-green Plymouth Valiant, Knight grossed $8,000 his first year. Today, Nike’s annual sales top $30 billion. In an age of start-ups, Nike is the ne plus ultra of all start-ups, and the swoosh has become a revolutionary, globe-spanning icon, one of the most ubiquitous and recognizable symbols in the world today.

But Knight, the man behind the swoosh, has always remained a mystery. Now, for the first time, in a memoir that is candid, humble, gutsy, and wry, he tells his story, beginning with his crossroads moment. At 24, after backpacking around the world, he decided to take the unconventional path to start his own business – a business that would be dynamic, different.

Knight details the many risks and daunting setbacks that stood between him and his dream – along with his early triumphs. Above all, he recalls the formative relationships with his first partners and employees, a ragtag group of misfits and seekers who became a tight-knit band of brothers. Together, harnessing the transcendent power of a shared mission and a deep belief in the spirit of sport, they built a brand that changed everything.