In July 2008, Farah Ebrahimi told Rose Elizabeth Gorman the story of her three migrations. She first migrated from Iran to the United States at age 10. She then returned to Iran to aid democratic groups in the Iranian Revolution. The third migration was a risky escape back to the United States after her husband was executed for opposing Ayatollah Khomeini. 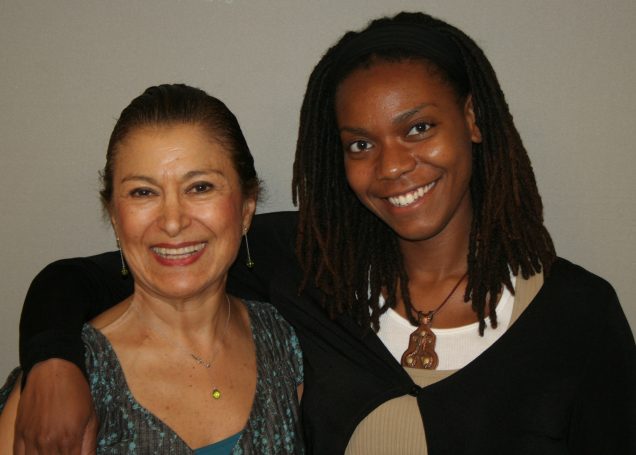 Farah explains that she migrated as a child to the United States while her mother completed her education. She ended up staying in the United States until she met her first husband, with whom she decided to return to Iran together to take part in the Iranian revolution. “We returned to Iran, hoping that we would get to take part in this great event that was going to change Iran into a progressive, forward-looking, democratic country… However, this story didn’t end so happily.”

One day, after returning to Iran, her husband left home and never returned. Farah learned that he had been imprisoned and later executed for his role in the opposition of Khomeini. While he was imprisoned, he sent her a hidden message urging her to return to the United States with their child. She immediately went into hiding before attempting a risky escape. “[After] two and some months, we met with smugglers who took us from the Azerbaijan section of Iran, which is the northwestern part of Iran, through the Iranian part of Kurdistan to the Iraqi part of Kurdistan to the Turkish part of Kurdistan… There, we were under arrest of the Turkish government because we had crossed the border illegally. We were not allowed to leave Turkey until the government did a background check, which generally took two to three months.”

With the assistance of her brother, an American general, and a high-level Turkish intelligence officer, Farah, her young daughter, and her unborn son were eventually able to leave Turkey and return to the United States, where they continue to live.

Rose asks Farah, “How do you define home?” “Very good question. And I think it’s a question for all people like us, who are not true immigrants, but exiles as well as immigrants. We are always conflicted. Part of us belongs here, part of us belongs there, part of us doesn’t belong anywhere. We are the people caught in a perpetual search for a final identity. Very different from my daughter and son, who are very firmly Americans, or Iranian-Americans, as you would hyphenate it, and are comfortable with that identity. We are the semi-exiles.”