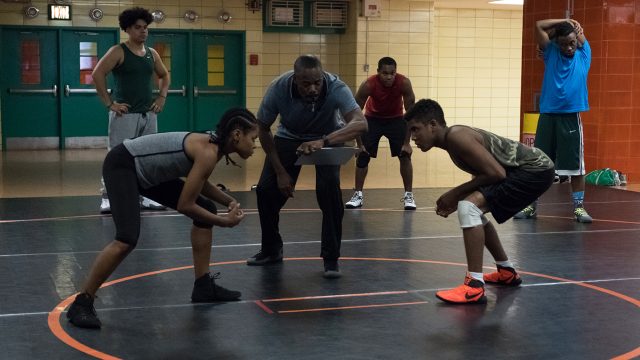 LUNA, the first nutrition bar for women, is committed to enhancing the representation of women in the film industry. In 2000, LUNA created LUNAFEST, a traveling film festival by, for, and about women. Now in its 17th year, LUNAFEST continues to give female filmmakers the spotlight and the platform to break through in a male-dominated industry.

“Women fill less than a third of the directing pipeline,” said Ritu Mathur, LUNA brand director. “Women still struggle to secure finance or interest for female-oriented movies. As champions of women, we are thrilled to announce these awards and continue to fulfil the promise we originally made to women filmmakers in 2000 when we founded LUNAFEST.”

For the SXSW LUNA Gamechanger Award in Narrative and the SXSW LUNA Chicken & Egg Award in Documentary, LUNA and SXSW are proud to be partnering with Chicken & Egg Pictures, a nonprofit devoted to supporting women nonfiction filmmakers whose artful and innovative storytelling catalyzes social change, as well as with Gamechanger Films, the first equity fund established exclusively to finance films directed by women.

On Her Shoulders demonstrates the power of documentary storytelling for social change. The film tells the story of Nadia Murad, a 23-year-old Yazidi survivor of genocide and ISIS sexual slavery. Noted documentarian Alexandria Bombach follows Nadia’s tireless efforts to tell her story, efforts that lead her down paths of advocacy as she becomes the voice of her people. On Her Shoulders is a remarkable film that spurs the audience honor Nadia’s courage not simply with empathy, but with real action.

LUNA and Gamechanger are proud to award the 2018 SXSW LUNA Gamechanger Award in Narrative to Olivia Newman’s film First Match.

Olivia Newman took bold risks with this inspiring and complicated underdog story about 15-year-old Monique, who joins an all-boys wrestling team in an attempt to connect with her estranged father. A beautifully crafted film (which also won a SXSW Audience Award), First Match showcases a range of well-drawn characters and exemplifies the ability to tell a story that empowers women without vilifying men. We commend Olivia’s hard work in sticking with her story throughout the seven years it took for her film to go from a short that toured with LUNAFEST back in 2014 to a fully-realized feature.

The films submitted for both categories were all strong, thought-provoking, stimulating, and stylistically varied. They demonstrated the breadth and the strength of women’s voices and vison in the field of nonfiction and narrative filmmaking today.

Because of that, two additional films have been singled out for Special Recognition Awards: Jenny Murray’s ¡Las Sandinistas! and Suzi Yoonessi’s Unlovable.

In Documentaries, we salute Jenny Murray’s ¡Las Sandinistas! for spotlighting the incredible women who fought on the front lines of Nicaragua’s Sandinista revolution to bring about social and political reform for their country, and how their battles for equality continue to the present day.

In Narrative, we recognize Suzi Yoonessi’s incredible musical comedy Unlovable, which brings to life a story of a young women coming to terms with her sex and love addiction. We also salute the film’s star, Charlene DeGuzman, for co-writing this story based on her own life experiences.