This week’s sad, moving profile of Brendan Fraser included one especially troubling detail: Fraser alleging that the former President of the Hollywood Foreign Press Association, best known as the group that hosts the Golden Globes, groped him in 2003. Following that accusation, the HFPA says it is “investigating further details” about the incident involving Philip Berk.

Read More:Brendan Fraser Speaks Out About Being Groped by HFPA President in 2003: ‘Am I Still Frightened? Absolutely’

“The HFPA stands firmly against sexual harassment and the type of behavior described in this article,” the organization writes in a statement shared with Us Weekly. “Over the years we’ve continued a positive working relationship with Brendan, which includes announcing Golden Globe nominees, attending the ceremony and participating in press conferences. This report includes alleged information that the HFPA was previously unaware of and at this time we are investigating further details surrounding the incident.”

“His left hand reaches around, grabs my ass cheek, and one of his fingers touches me in the taint,” Fraser said about the alleged incident. “And he starts moving it around. I felt ill. I felt like a little kid. I felt like there was a ball in my throat. I thought I was going to cry.”

“Mr. Fraser’s version is a total fabrication,” Berk said in response. “My apology admitted no wrongdoing, the usual ‘If I’ve done anything that upset Mr. Fraser, it was not intended and I apologize.’”

Saoirse Ronan Wants to Direct, and We Have Greta Gerwig to Thank — Watch

Like so many actors before her, what Saoirse Ronan really wants to do is direct. That list includes Greta Gerwig, of course, who made her solo directorial debut by directing Ronan in “Lady Bird.” In a new interview with Sunday Today, the three-time Oscar nominee reveals that making the film reignited her interest in working on the other side of the camera — something she says she’s “always wanted to” do. Watch below.

“It wasn’t until I saw Greta talk about the film and making it and putting it together, and how all of this came from her and she’s done something brilliant that people truly love and it’s a great piece of work that I thought, ‘Oh yeah, I do want to do this now and maybe I could actually do it,’” Ronan adds. “That was something I was drawn to before I was acting…I’d bully all my friends into being in little films that I made. I’d get the camcorder — I loved bringing all of this together to make one thing.”

No word on when she might make that leap, but in the meantime both Ronan and Gerwig are nominated for their work on “Lady Bird.” Do you want to give your film a more cinematic look but don’t have access to studio lighting? Perfect!

One of the main reasons why new filmmakers are so intimidated by the thought of lighting a scene is not just because it can be difficult, but because they don’t think they have the necessary tools. I mean, taking one look at a behind-the-scenes photo of a professional film set, with all of the giant lighting units and modifiers, is enough to want to hide in your turtle shell for good. However, you can get high-quality cinematic lighting with the fixtures you have in your own house, and in this video, Jordy Vandeput of Cinecom will show you how to do it.


The motto of no-budget filmmaking should be “do what you can with what you have.” Can you light a scene in a huge warehouse with a desk lamp? No, but you can light an intimate dinner scene with one. Can you light a horror scene with the overhead fixtures in your house? Probably not, but kill the lights, use the flash on your smartphone, and you might be in business.

Step on It! The Steadicam Air is a Gas-Powered Monopod with Hands-Free Extension Forget all that twisting and tightening. This monopod from Steadicam lets you adjust your height with a gas-powered pedal.

The legacy of the monopod has been overshadowed by tripods, gimbals, and other popular camera stabilizers for quite a while. I mean, I get it. How do you make what is basically a 1/4″ -20 screw on a stick sound sexier in comparison to a handheld gyroscopic device that makes your camera basically float in midair?


Well, Tiffen, the parent company of Steadicam, has unleashed a monopod that will definitely be catching some glances with its interesting gas-powered pedal, which allows users to adjust their height hands-free. Meet the Steadicam Air.


The Steadicam Air is made of lightweight carbon fiber and has a bunch of exciting features, primarily the 100% gas-powered, spring-activated pedal for height adjustment, but also 360-degree rotation, reversible 1/4″ -20 and 3/8″ -16 mounting plate, and an oversized rubber foot that provides added stability.

Tutorial: How to Repair a Tungsten Fresnel Light Is your tungsten fresnel lighting unit busted? Learn how to nurse it back to health.

Lighting equipment is incredibly expensive, so when your lights stop working, it can feel like you just flushed thousands of dollars down the toilet. Of course, you could send your broken stuff off to be repaired by professionals, or you could learn how to fix it yourself all while saving some money in the process. In this step-by-step tutorial, Casey Schmidt, DP, grip, and owner of Northwest Grip in Seattle, shows you how to diagnose and repair electrical issues that are common with older tungsten lights. Check it out below:


Even though Schmidt’s video zeros in on the repair of a faulty SJO cable in an ARRI 650, which may not be the issue with your particular unit, he also offers a lot of great advice on how to repair tungsten fresnels in general, as well as specific insight about their construction and electrical layout. So, if you’re familiar with working with electrical, this tutorial will definitely give you a lot of the information you’ll need to work on these types of lighting units. Filmmaking nerds love expressing their nerdery in the most grandiose of ways, and what is more grandiose (and nerdy and filmy) than turning an entire room into a walk-in camera obscura? The answer is “nothing.” But how do you perform such a feat? Well, it’s actually really, really easy, requiring something you most likely already (hopefully) have at home.


In this quick 1-minute tutorial, the Koldunov Brothers show you how to do just that with nothing more than a toilet paper roll (okay, and some clippies). Check it out below: If the stock music you’re working with just isn’t cutting it, try this super easy trick in Premiere Pro.

We’re not all sound engineers, okay? Nor are we all musicians. This can be a drag when editing the music and audio for our films because we’re kind of at the mercy of whichever stock assets we can get our hands on. Which, don’t get me wrong, isn’t always bad—there are a ton of sites out there that offer really great songs and sound effects for filmmakers—but knowing a few easy tricks to give your audio the qualities you want is something I think we can all agree is a major plus.


In this video, filmmaker Zach Ramelan offers up a step-by-step tutorial on how to pull off one particularly nifty trick in Premiere Pro that will make your audio sound more dramatic and trippy. Check it out below:

Get to Know: 8 Scandinavian Artists Performing at SXSW 2018 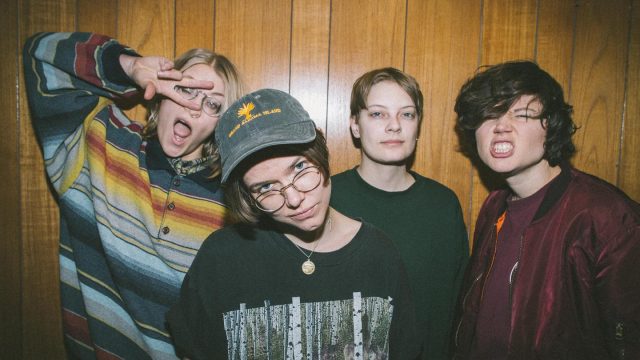 Industry pros and fans travel to Austin each year for the SXSW Music Festival to take part in a week of showcases celebrating seemingly endless varieties of music. Our Get to Know series aims to dive below the surface and get you started on your musical journey through SXSW – one locale at a time. This week, we are highlighting a selection of featured Scandinavian artists. Pro tip: add your favorites to your SXSW 2018 Schedule to stay updated on when and where they will perform in March.

Hailing from Denmark, The Foreign Resort bring the vibe and chord changes of post-punk to the driving groove of a dance record. The Magnettes create edgy pop music that reflects their thinking that “ugly and weird is cool and that the patriarchy needs to be crushed.” Thurston Moore has described Sweden’s Rome Is Not A Town (above) by saying ”It’s sorta post-Riot grrrl, post-No Wave, experimental music and completely engaging from beginning to end.” Hajk uses dance rhythms to anchor ethereal melodies in their indie pop songs. 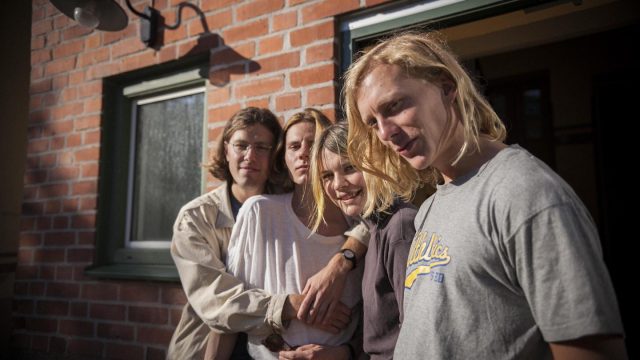 Still curious? SXSW has plenty of ways to help you find the featured artist you’re looking for. Read our Get to Know Canadian Artists feature, hear our newest SXSWfm, and check out our SXSW 2018 Spotify Playlist. There is more news to come, but stay tuned in to your favorite Scandinavian artists by adding them to your SXSW 2018 Schedule.

Interested in getting a sneak peek at the next generation of musical talent by attending SXSW 2018? Learn more about attending SXSW 2018 here. The best way to experience SXSW Music Festival events is with a Music Badge: not only will you have access to all nighttime showcases, but you’ll also receive entry into daytime Conference sessions, networking events, and parties.

Book your hotel through SXSW Housing & Travel for the best rates and availability. We hope to see you in March!

Top to bottom: Rome Is Not A Town – Photo by Philip Liljenberg

The post Get to Know: 8 Scandinavian Artists Performing at SXSW 2018 appeared first on SXSW.

The Recipe for Digital Health Breakthroughs 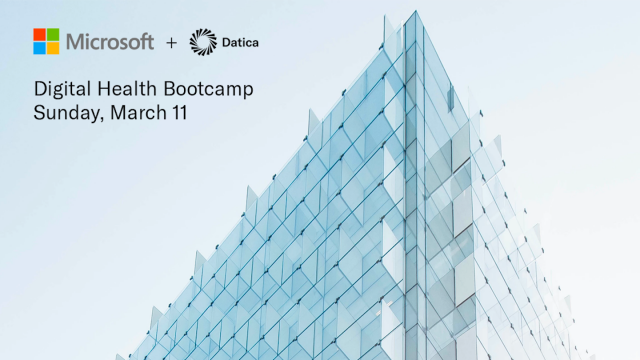 Improving patient care while reducing costs is the aim of all healthcare innovators, but the challenges facing digital healthcare solutions are highly complex and frequently misunderstood. According to a 2017 report from Accenture, more than half of all digital healthcare startups fail in their first two years.

Join Microsoft and Datica on Sunday, March 11 for a day-long Digital Health Bootcamp consisting of five sessions that offer digital healthcare startups a recipe for success. Anyone who has ever struggled with compliance or data interoperability, or wondered how to get their healthcare apps into clinical settings, will find the bootcamp enlightening and empowering.

The first half of the Digital Health Bootcamp starts with a crash course from Datica on the need-to-know basics of healthcare: HIPAA compliance, data integration, pilots, and business models. From there, the Datica team offers a deep dive into the hardest technical problem in healthcare: interoperability with EHRs. The second half of the bootcamp examines how a new generation of productivity tools can work in a clinical setting. Microsoft will demonstrate technologies like AI and bots and discuss how to leverage existing platforms to accelerate user adoption.

The post The Recipe for Digital Health Breakthroughs appeared first on SXSW. 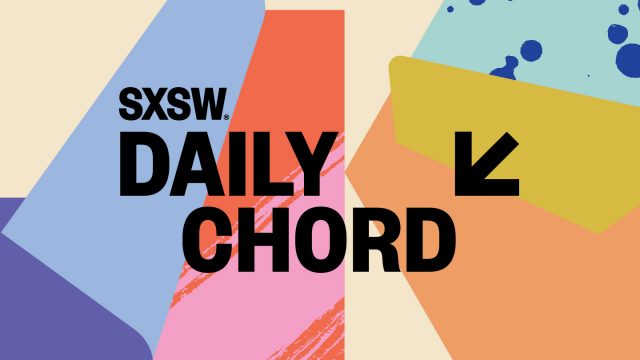 Can Spotify sell hardware? What is happening with music copyright law? How cool is it that Janelle Monae and Sade each announced new music this week? The Daily Chord shares music news stories, lists, profiles and interviews each weekday, looking at questions of interest to musicians and music business pros. Check out this week’s links, and sign up for the email update and give the Daily Chord a spot in your inbox.