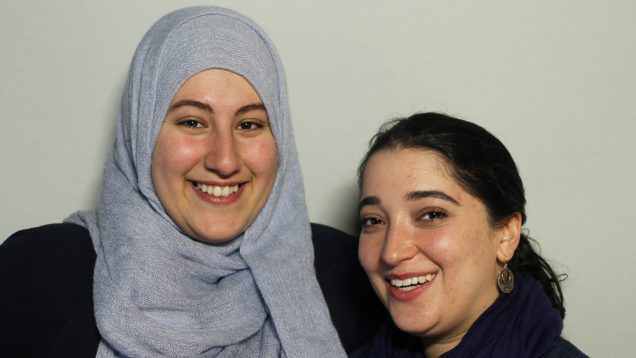 In April 2017, Asmaa Elamrousy interviewed her friend, Monna Sabouri, about her experiences as an Iranian-American actress and some of the obstacles she’s had to face in her career. This conversation was recorded by StoryCorps in New York City in partnership with the Muslim American Leadership Alliance.

Monna talks about growing up in New York and visiting family in Iran every summer. She describes how awesome it was to be raised in two different cultures, as it showed her two sides of a story.

When Asmaa asks Monna about her experiences as an actress, she lets out a big sigh. Monna tells her about her first audition, which was for the role of “daughter of terrorist”, and talks about some of the disappointment she’s experienced when it comes to the types of roles that have been available to her, “because I know that not all Muslims are terrorists, we all know this, but white writers in a room somewhere writing for a show think this to be true about Muslims, so they write it… It’s always caricatures.”

About 23 minutes into their conversation, though, she tells Asmaa about a recent casting that called for an “East Indian.” Instead of playing her in a stereotypical way, she went into her audition with an Italian American New York accent, saying, “Yeah, you know — we could also be from Queens!”