These Maps Do More Than Just Give Directions

Generally, city maps are used for navigating streets and subways but do little to inform about the experiences of a city. That’s where Tags and the City comes in. Created by Tin Fischer, David Goldwich, Jug Cerović, and Andrea Rohner, a journalist, software engineer, architect and map maker, and graphic designer respectively, the transit maps are labeled based on popular Instagram hashtags used near each station. 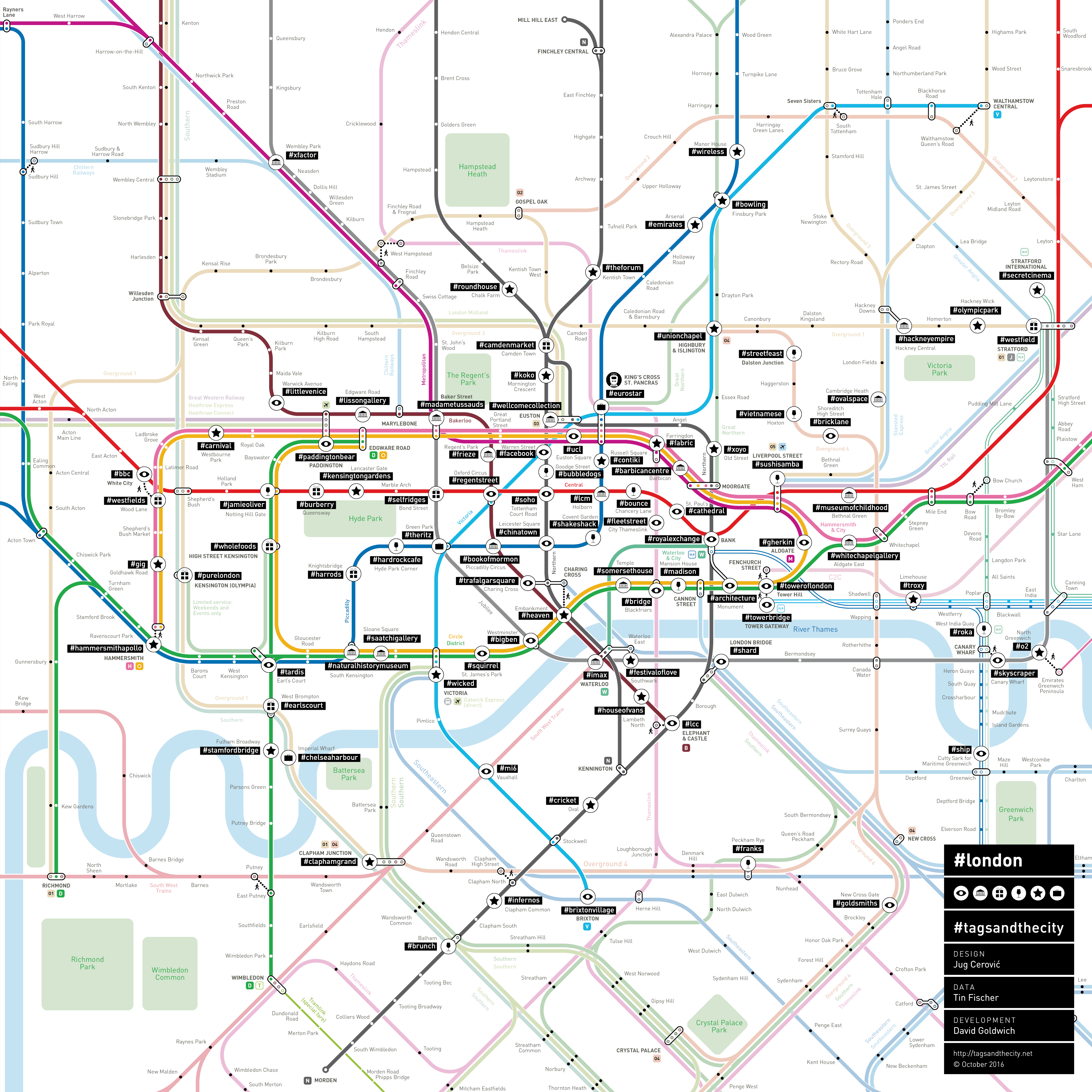 The hashtags analyzed by Fischer were chosen based on their proximity to a station and did not include tags that referenced temporary events or installations, neighborhood names, or station names. The purpose of the analysis was to determine what people were frequently photographing and sharing.

Looking at each map gives users a pretty decent idea of trending events and experiences around each city. For New York, there are plenty of food trends marked throughout the city like the #Cronut in SoHo and #RedRooster in Harlem, while Paris was considerably more defined by cultural landmarks rather than food. 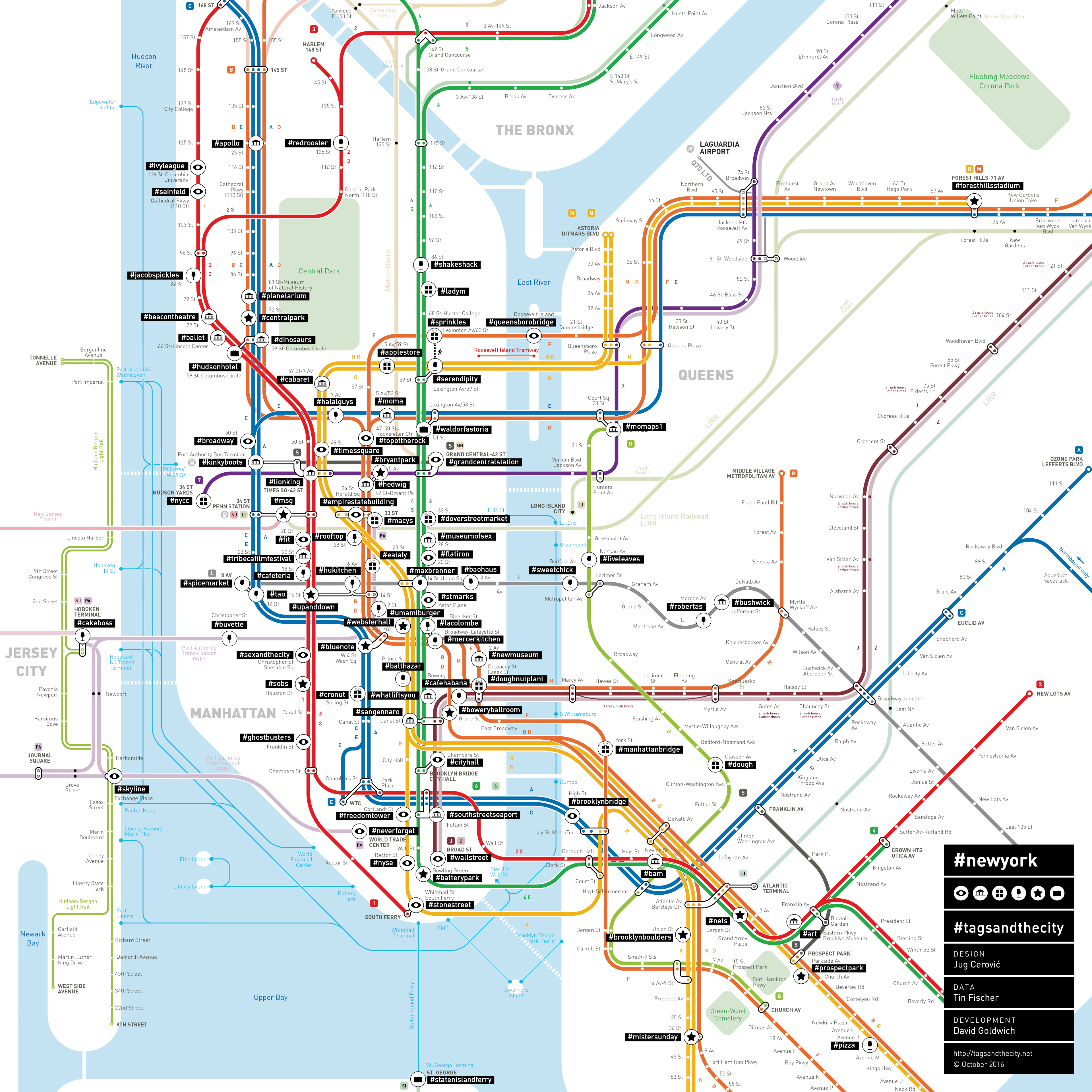 For Fischer, the hashtags that he found most interesting weren’t ones labeling food or cultural landmarks but something completely different altogether. “What always surprises me is how popular it is to go and see filming locations from movies, like the fire station from #Ghostbusters in New York or the high rail from #Inception in Paris,” he says.

Unfortunately, since Instagram changed its open data policy, the data only covers images from 2014 and can no longer be updated but they do intend to make. For now, you can check out the maps they’ve already created for Berlin, London, New York, Paris, and San Francisco Bar Area.

Have a look around each of the cities here. 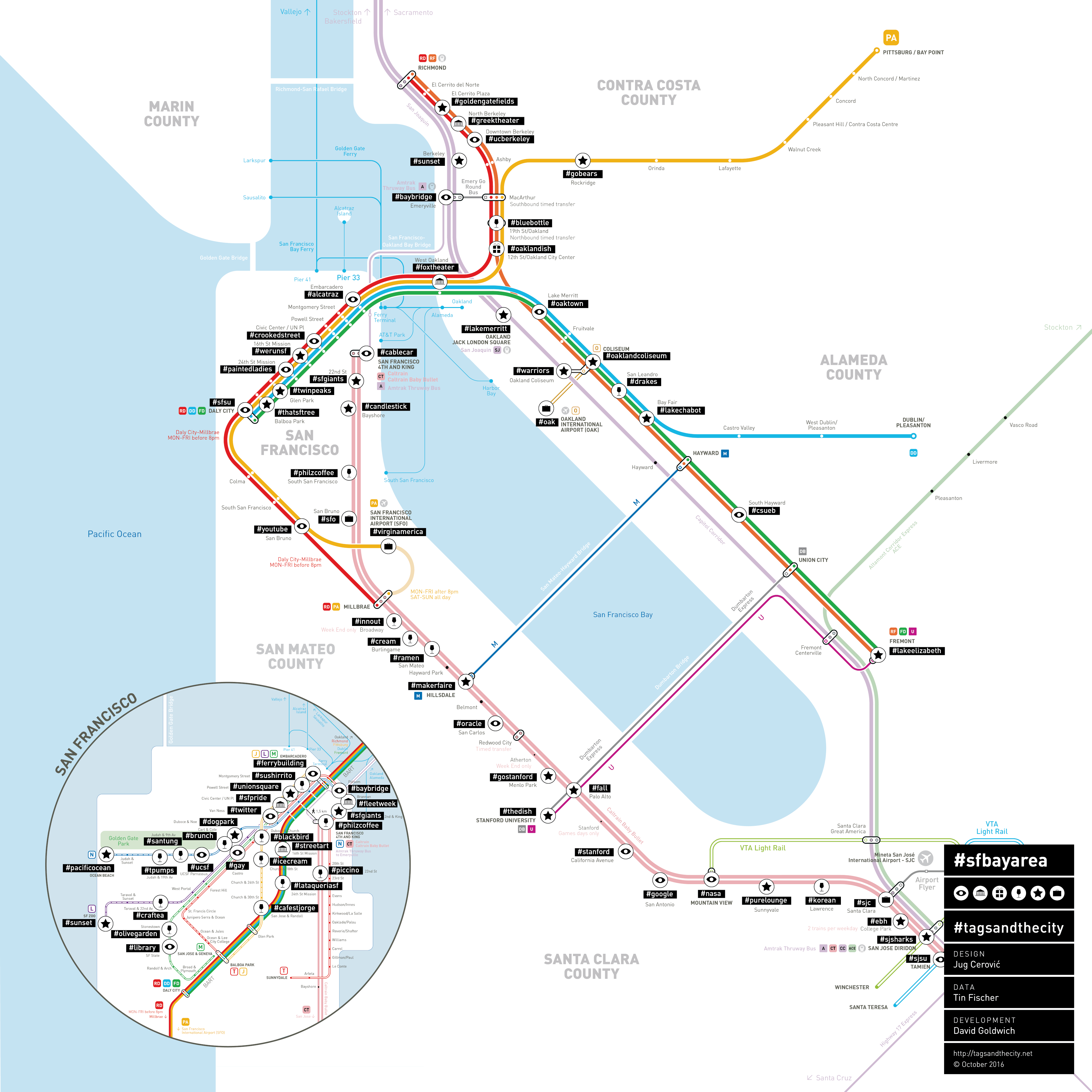