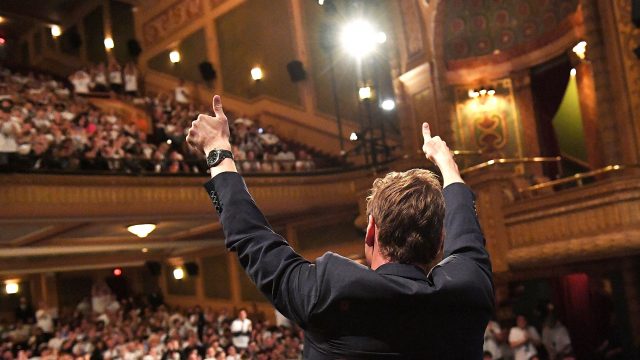 Be a part of one of the most diverse, collaborative, and inventive communities in the world! SXSW 2018 applications open on Monday, June 26 for PanelPicker, SXSW Film Festival submissions, SXSW Music Festival Showcasing Artist applications, Interactive Innovation Awards, SXSW Accelerator Pitch Event, David Carr Prize, and the SXSW Art Program. Learn how to participate in one of the many prestigious SXSW categories below.

PanelPicker is the official SXSW user-generated session submission platform. This easy, two-step online process allows the SXSW community to have a voice in what creative and thought-provoking programming is scheduled at the SXSW Conference, SXSWedu, and SXSW Gaming. Upload proposals related to music, film, and digital technologies in variety of formats including panels, solo presentations, workshops, and more to help shape the 2018 SXSW programming.
Entry Deadline: Friday, July 21, 2017

SXSW Showcasing Artists benefit from career changing exposure and publicity provided by the amazing mix of influential participants who attend SXSW every year. Showcasing at SXSW means performing in one of the many venues located in famous downtown Austin for industry reps, media members, and thousands of fans and fellow musicians from all over the world.
Early Entry Deadline: Friday, September 8, 2017

The Interactive Innovation Awards celebrate and honor the most exciting tech developments in the connected world. Innovators from across the digital industry have the opportunity to enter their exciting, new work in this competition – open to all projects, products, and developments launched or made in calendar year of 2017.
Early Entry Deadline: Friday, September 22, 2017

The SXSW Accelerator Pitch Event showcases the most ambitious startup talents from around the world with the most creative, new ideas to change it. Startups, companies, and tech innovators alike can enter their product or service for the chance to pitch to a live audience and panel of expert judges in March. Entry Deadline: Friday, November 10, 2017

Longtime New York Times writer David Carr spoke on numerous panels at SXSW throughout his career. After his passing in 2015, the David Carr Prize was launched to spotlight the intersection of technology and journalism. All emerging (and established) writers, bloggers, and journalists are invited each year to honor David Carr by entering an essay or short story in this competition.
Entry Deadline: Friday, October 13, 2017

From established artists to emerging talents, the SXSW Art Program aims to assemble a diverse group of creatives to lend their unique contributions to Austin’s thriving art scene with permanent and temporary installations. Gain international exposure and connect with leaders in the fields of music, film, and technology by showcasing your innovative project in March.
Early Entry Deadline: Friday, August 11, 2017

2018 registration and housing information is also on its way. Until then, take a trip down memory lane and get ready to help us write the next chapter of the SXSW Conference & Festivals during March 9-18, 2018.