Here Is How Americans Feel About Climate Change

Climate change has been a hot topic for the past decade not only in the U.S. but across the globe as well. It affects every person, animal, and ecosystem regardless if they believe in it or not and will continue to do so unless steps are taken to reduce global warming. But lately, there have been a lot of debates about whether or not climate change is a man-made event or if it is even a real concern. For many lawmakers, public opinion about climate change is a significant element to consider when forming policies about global warming. To determine where people in the U.S. stand on climate change, Yale created the Climate Opinion Maps based on data collected through the year 2016. 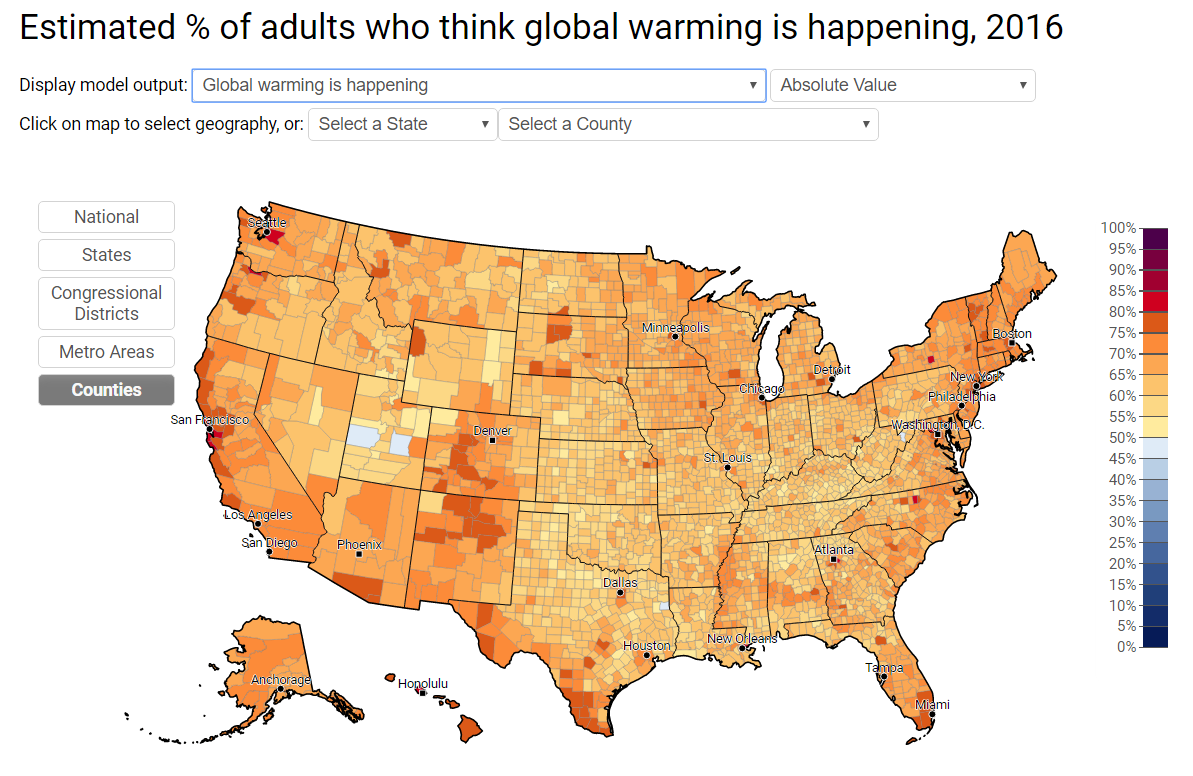 In general, opinions on climate change shift in relation to where people lived. With that in mind and the fact that local polling is expensive and demanding, the researchers established a model that narrowed down the national public opinion results to more practical levels: state, congressional district, and county. Doing so allowed them to approximate what national public opinion is about climate change while also revealing Americans’ different beliefs, attitudes, and what policies they support. 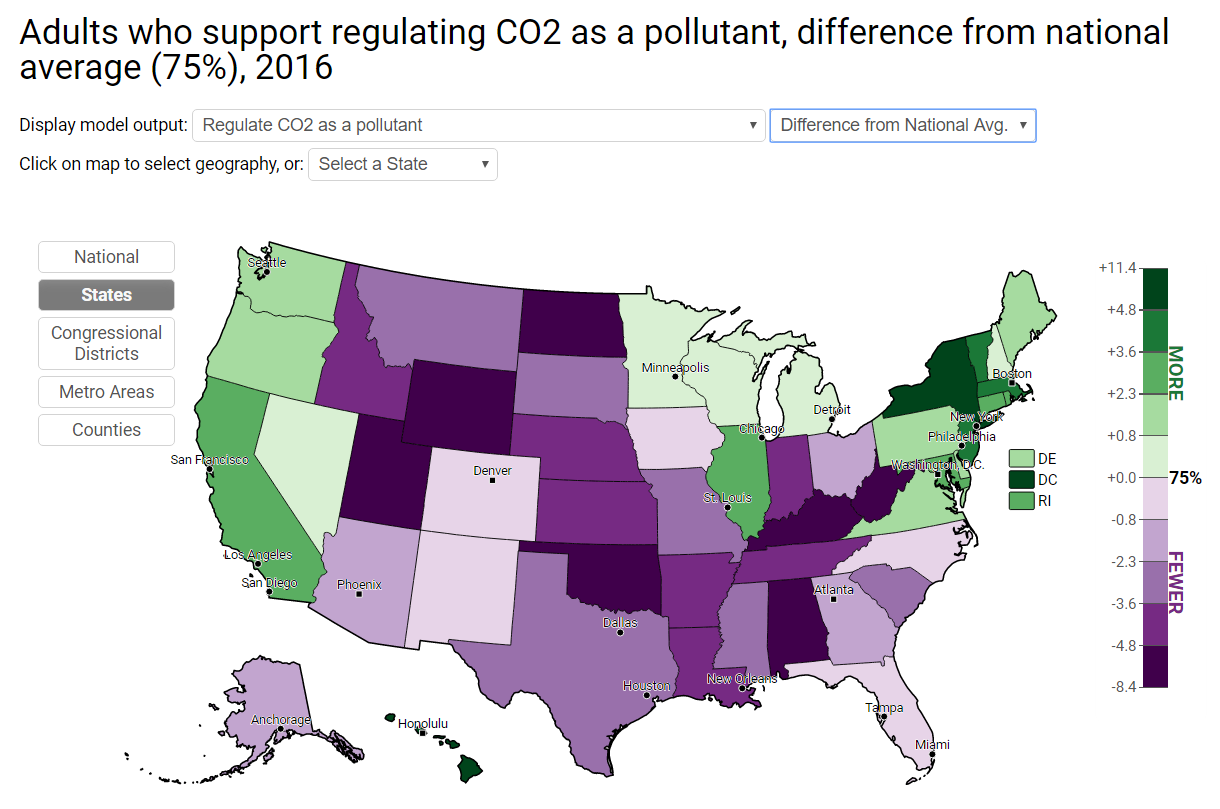 According to the site, this is how they obtained their measurements:

“The estimates are derived from a statistical model using multilevel regression with post-stratification (MRP) on a large national survey dataset (n>18,000), along with demographic and geographic population characteristics. The estimate were validated using three different methods. First, cross-validation analyses were conducted within the dataset.[…]Second, the model estimates derived from the full dataset were compared to the results of independent, representative state- and city-level surveys conducted in California, Colorado, Ohio, Texas, San Francisco, and Columbus, Ohio in 2013.[…]Third, some model estimates were compared with third-party survey data collected by other researchers in previous years.”

From the data they collected, we can see that, overall, 70% of Americans believe climate change is currently happening but that number varies when looking at individual counties. Only 49% of the people in Emery County, Utah, for instance, believe in global warming, while 72% in Grand County, Utah, a neighboring country, think climate change is happening. 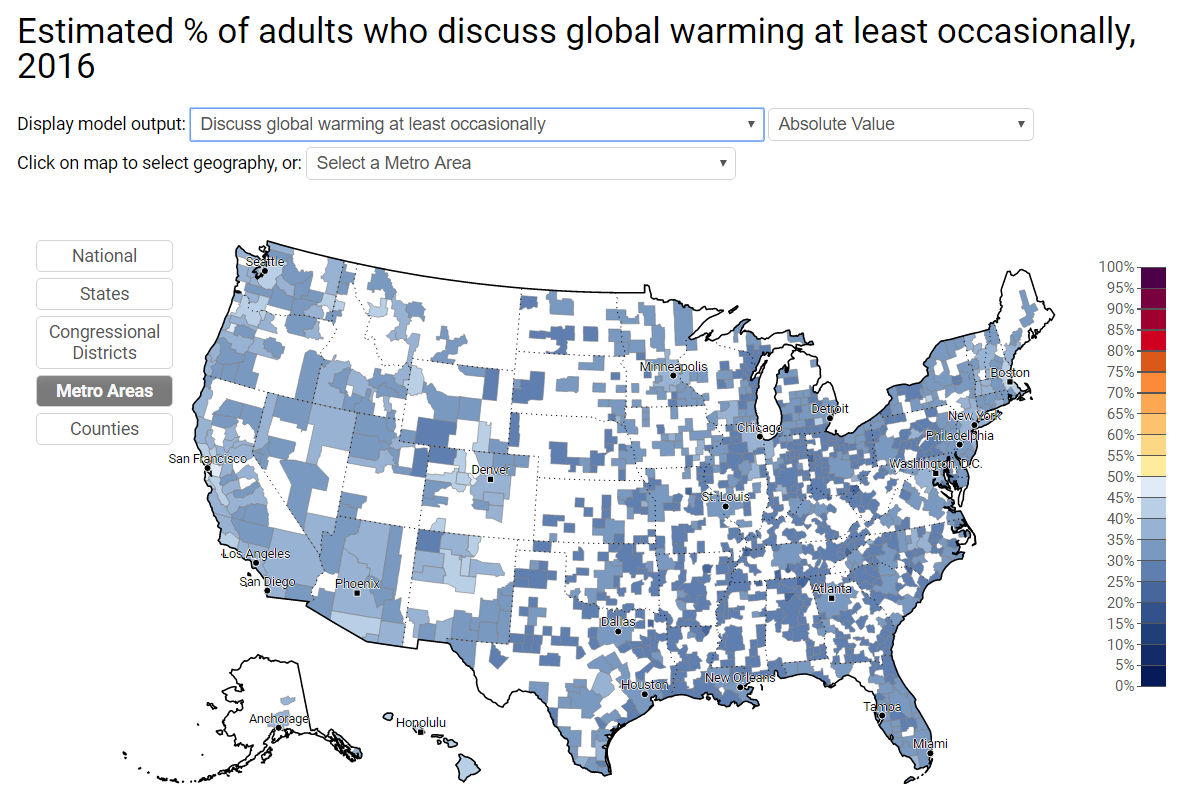 The questions included on the survey covered beliefs, risk perceptions, policy support, and behaviors. It comprised of questions like “Do you think global warming is happening?” to “When do you think global warming will start to harm people in the United States?” and inquiries on how much do respondents support or oppose listed policies? The response categories for a majority of the questions were then condensed into a single variable for evaluation. 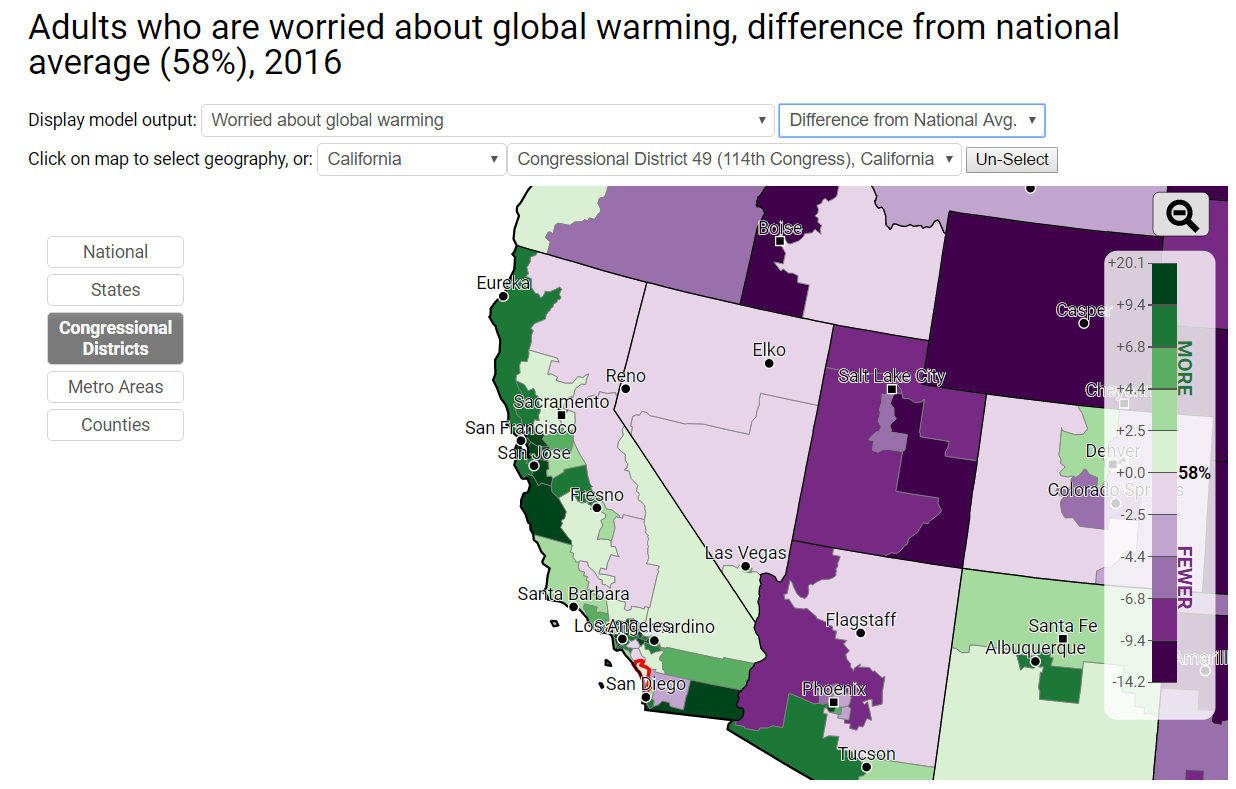 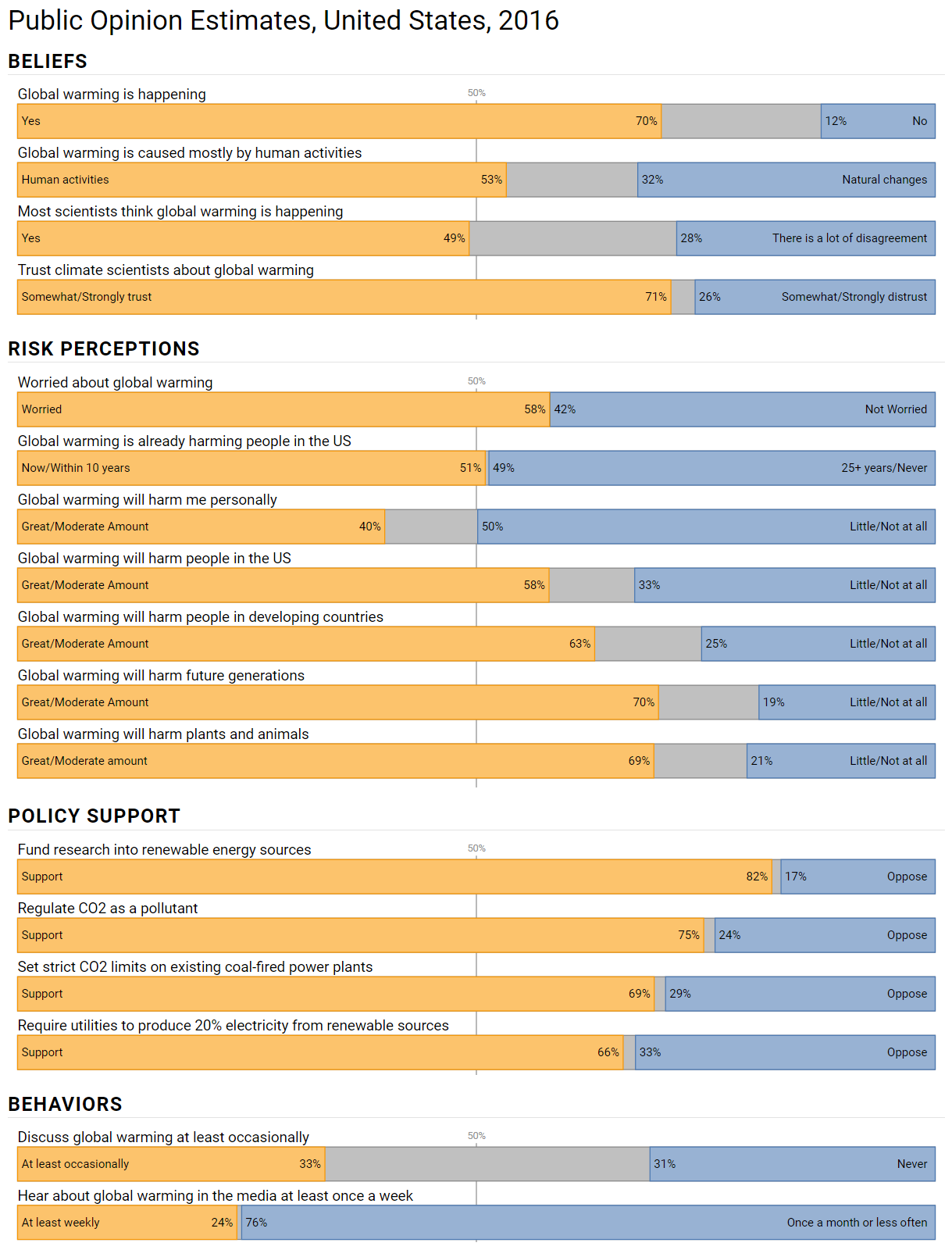 Explore the map and see if how much your county deviates from the national average here.