Maps have been around for centuries and are still considered indispensable tools for people today. They’ve helped people to define and navigate the world around them as far back as 16,500 BC and continue to do so in the 21st century. That’s why Stamen and the Digital Scholarship Lab at the University of Richmond decided to upgrade the U.S. map in a project known as “American Panorama.” Funded by the Mellon Foundation, American Panorama isn’t just a single geographical map of the U.S., it’s a set of historical atlases covering a wide-range of significant stories in U.S. history.

These are the stories they are telling:

Forced Migration of Enslaved People in the United States 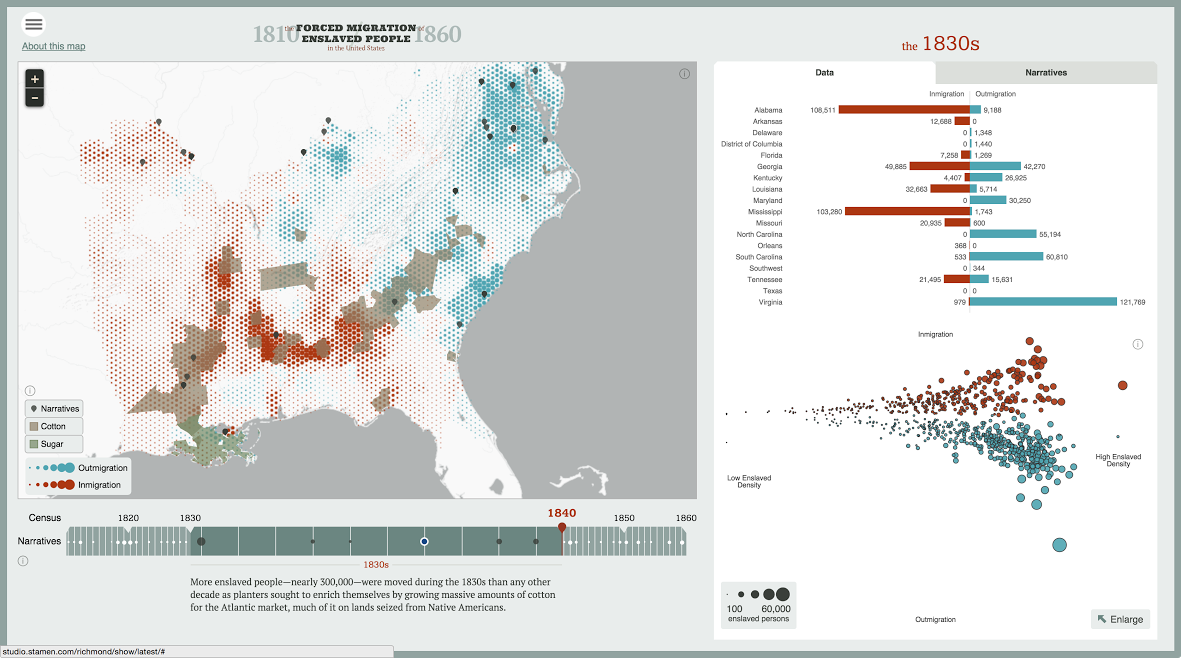 “[S]howing the movement of nearly a million people, the majority through the domestic slave trade, across the South in the half-century before the Civil War.” 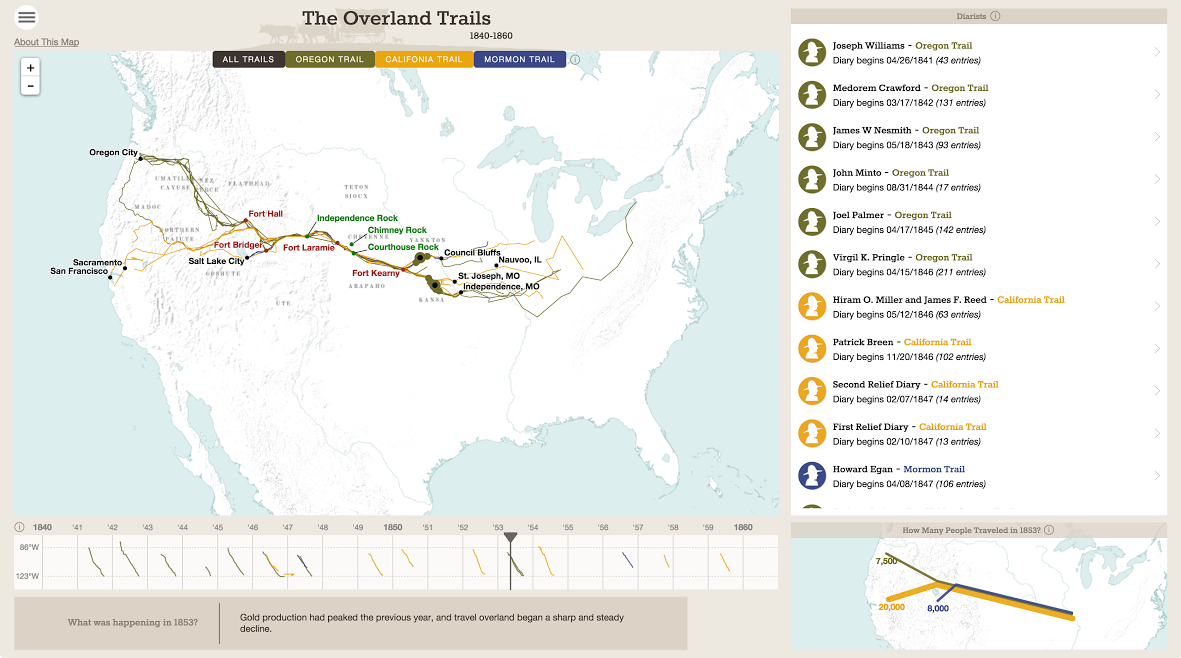 “[M]apping the long and arduous emigrations of men and women over the Oregon, California and Mormon Trails in the 1840s and 50s.” 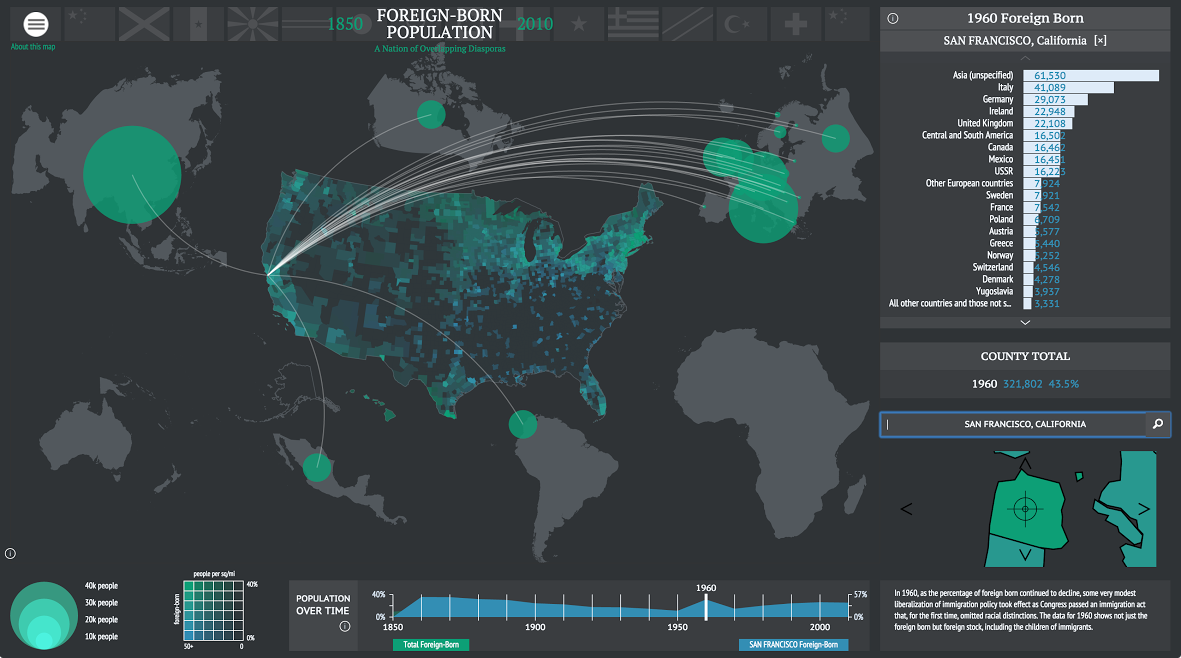 “[E]nabling users to explore the connections that tied migrants to the U.S. to the places they were born.” 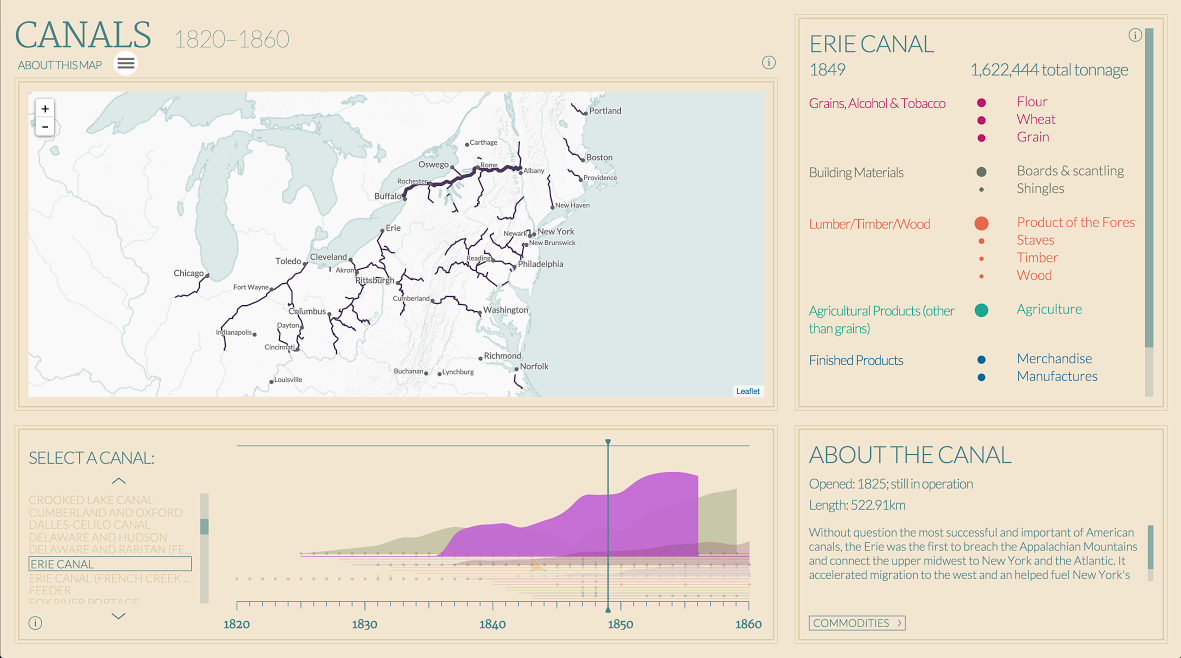 “[M]apping the growth of artificial waterways and economic development in the antebellum period by presenting data about the commodities and products that moved across the canals.”

The maps are completely unique and offer up important narratives as told by historians and storytellers about the history of the United States. They allow users to approach American history in a new and engaging way making the subjects more fascinating and accessible.

Stamen is planning on releasing the software they wrote to build the maps and plan on continuing to support the DSL’s and other digital scholarships. “These maps are just a beginning,” said the director of DSL Robert Nelson. “Starting with maps on inequality in twentieth-century cities and urban renewal, American Panorama will regularly grow to cover the full breadth of American history.”

Learn more about the project at Stamen or at the University of Richmond Press Release and check out the various maps here.