What Colleges and Degrees Have the Best Potential for High Salaries?

For young adults, choosing which college to attend is an important decision. The major and college a student chooses has an impact on what kind of career path they will have. Some colleges are focused on engineering while others are notorious for throwing the best parties. Does the type of school a person attends influence their earnings?

Using data provided by the Wall Street Journal and PayScale, let’s explore salary growth by looking at degree programs, college type, and region. This dataset surveys 1.2 million people over a year with only a bachelor’s degree. It measures the earnings at the beginning of their career and 10 years after they graduated. 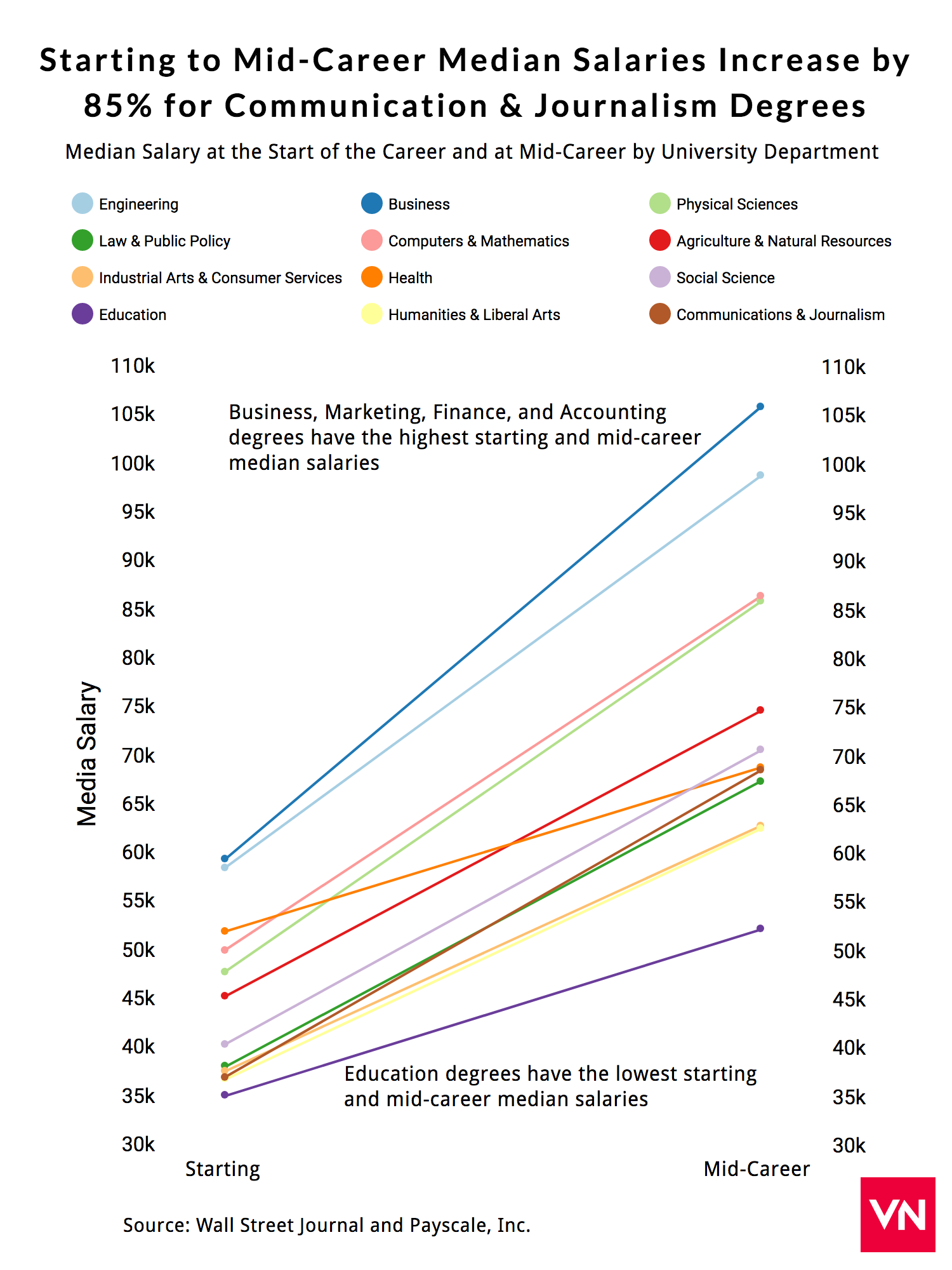 Choosing what to major can help determine the salary and amount of career growth that is expected. If you’re trying to decide if a specific degree is worth it, it’s important to consider not just the starting median salary but also the amount of salary growth associated with a degree. Engineering and business degrees not only have high starting median salaries, but also strong salary growth. Salary growth determines an individual’s mid-career median salaries. On the other hand, bachelor’s degrees related to health have strong starting salaries but weak salary growth from starting to mid-career. Degrees related to education have the lowest starting salary and slow salary growth. Something to consider with careers in education is the amount of time off educators have. This could account for such low annual salaries. 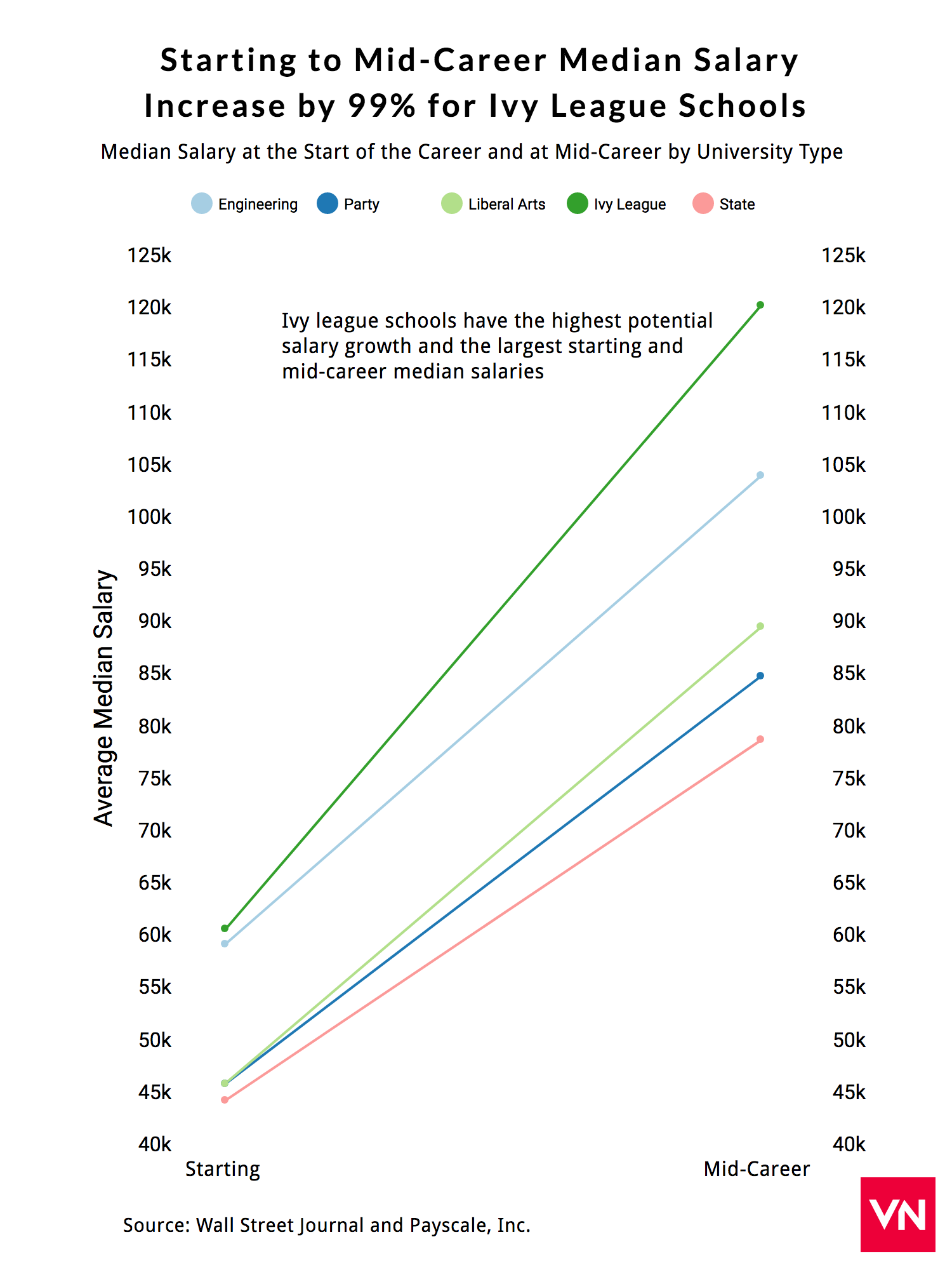 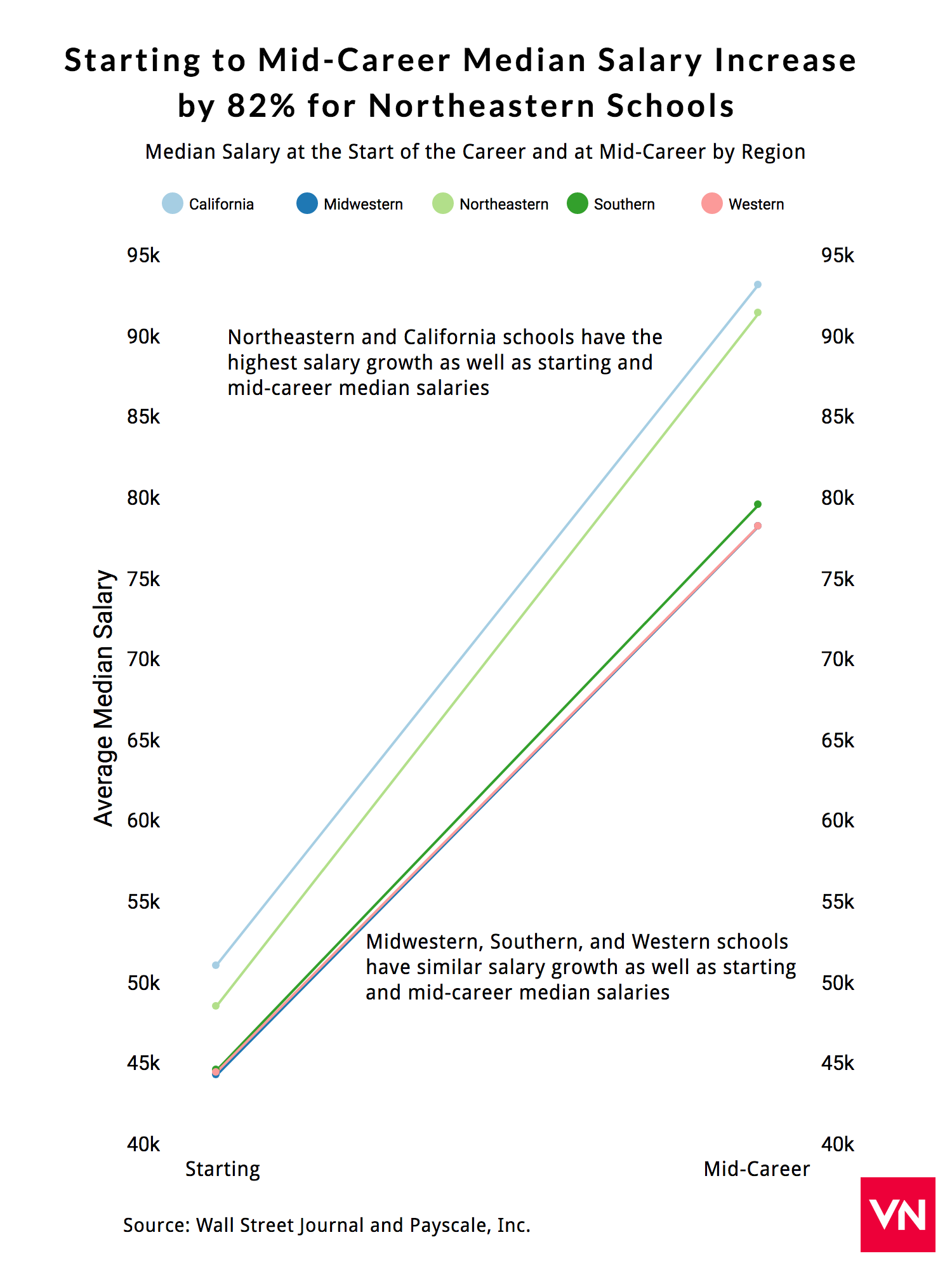 Choosing which college to attend and what degree to pursue has an impact on the potential salary of a student. This is an important decision to make and should be considered carefully. Something important to consider is that although different degrees and school have varying salary growth, by mid-career all degrees and schools have salaries that are greater than the median salary in the US.