Would You Want To Live Forever If You Could?

What would happen if people all over the world stopped aging and never died? If we had the ability to stop aging at 25 and we could live for as long as we wanted, how long we people actually choose to live? Lifetime Daily surveyed 2,000 Americans to determine how long they’d choose to live and under what conditions. Here is what they found out. 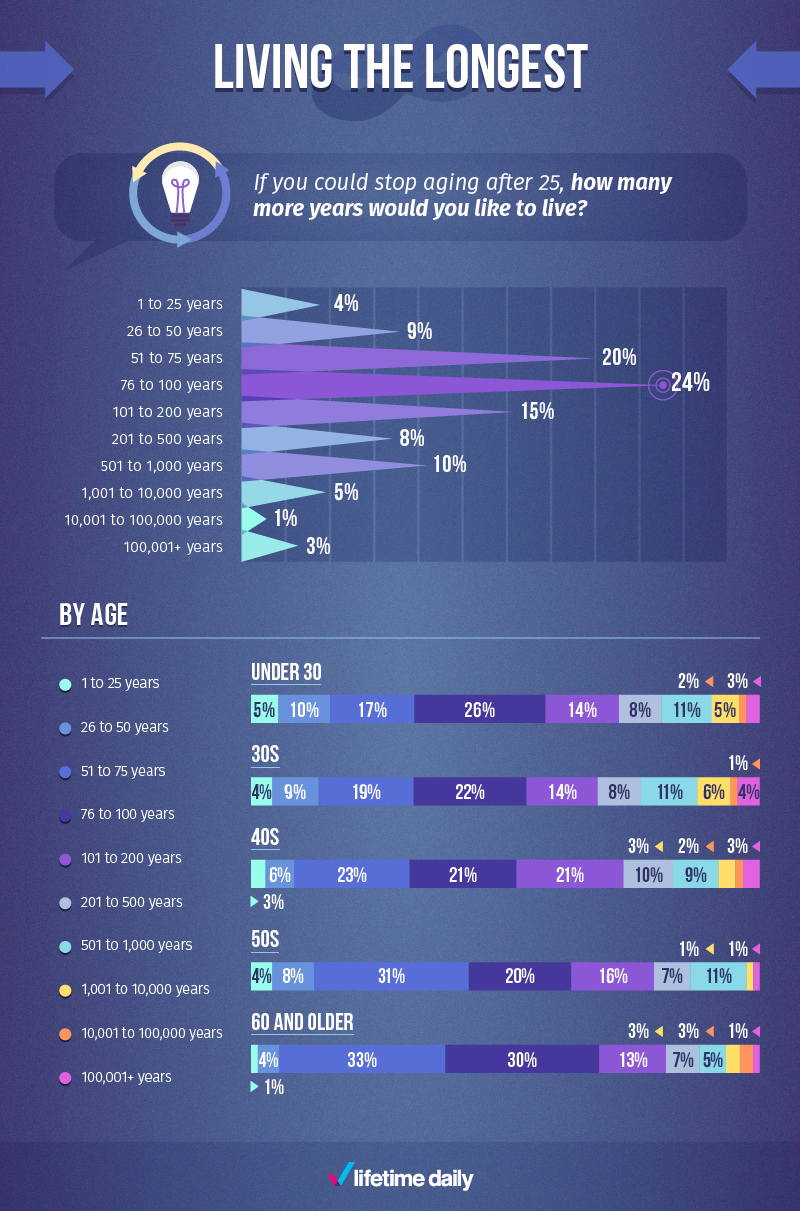 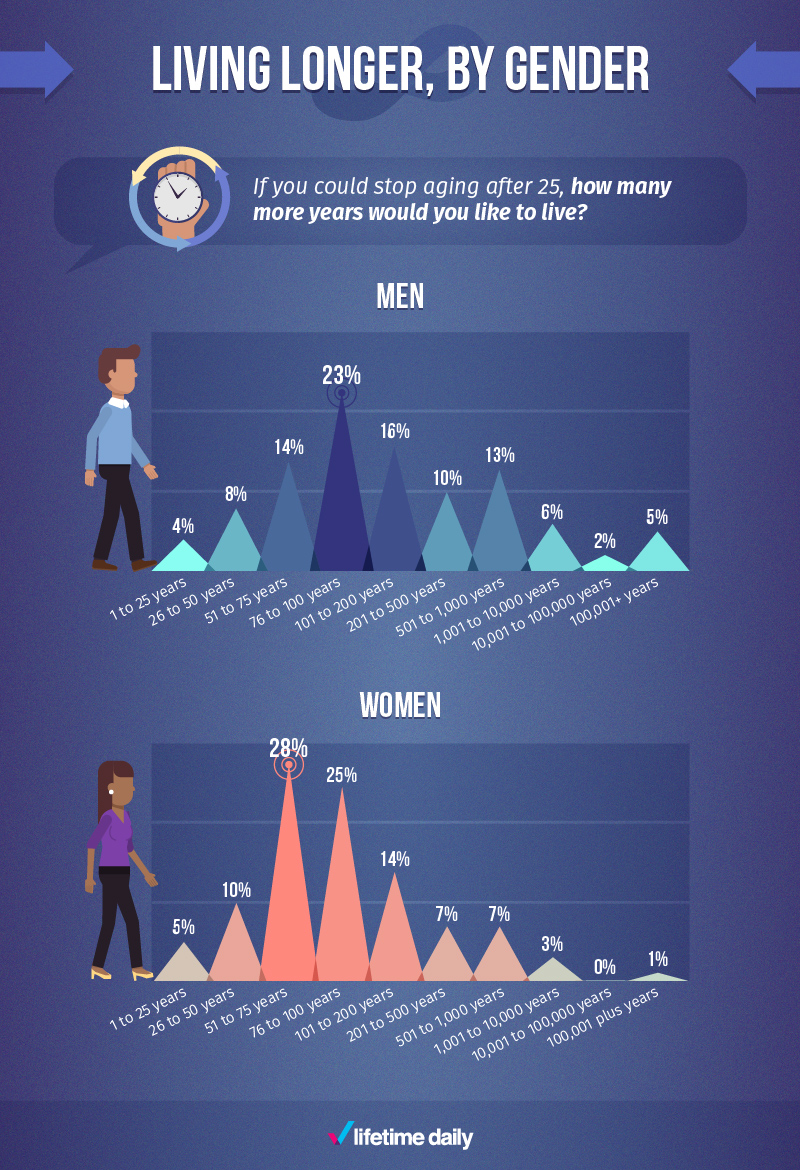 The study found that men were more likely than women to respond that they would want a longer life span. When looking at the data by gender, 28% of women would be happy with an addition 51 to 75 years (versus 14% of men), but as the amount of years climbs, only 14% of women said that they’d want another 101 to 200 years and 7% were found to desire an additional 201 to 500 years, compared to 16% and 10% of men respectively. 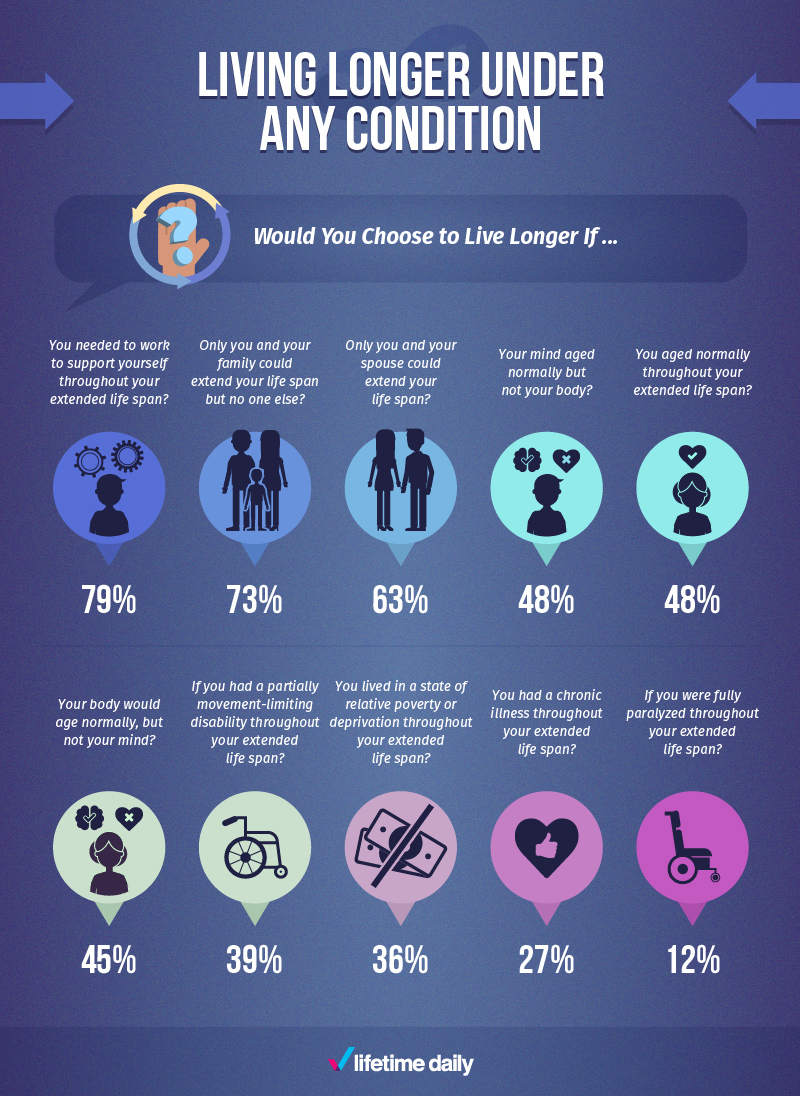 When it comes to prolonging life, the study revealed that Americans were willing to put up with quite a bit if that meant more time on earth. 79% of respondents said they’d still want a longer life even if that meant they had to work the entire time, 73% said they would accept outliving everyone else except their family, and 63% would like a few extra years if it were only with their significant other. Conversely, 12% answered that they’d extend their life if they were paralyzed, 27% with a chronic illness, and 36% if they lived in poverty. 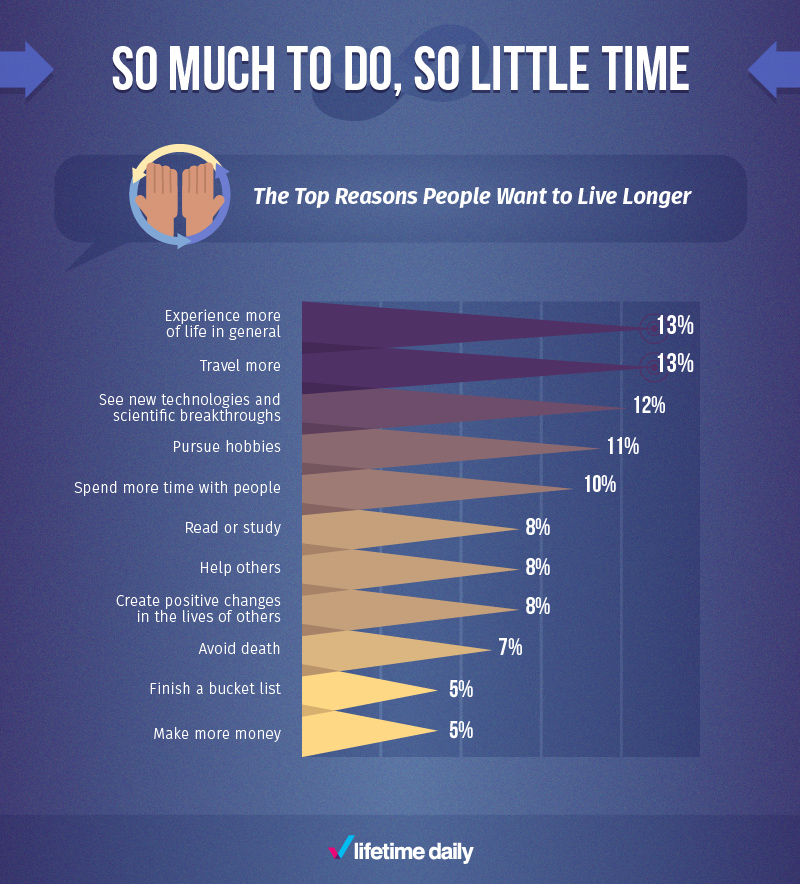 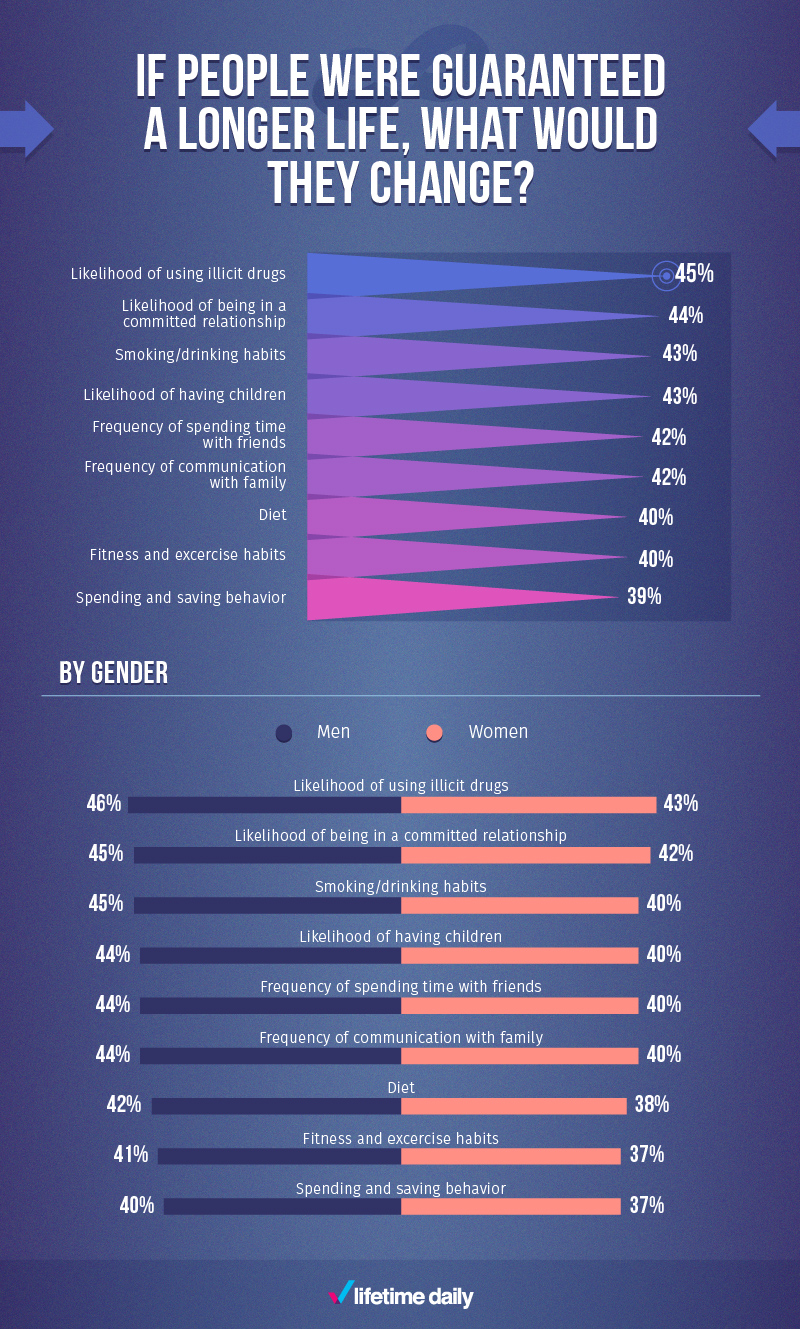 With a longer lifespan, Americans revealed what they would do differently if given the chance. A majority confessed that they change their drug habits, relationship status, smoking and drinking habits, and the likelihood of having children. The data also shows that men were more likely to make changes in their lives in these categories than women. 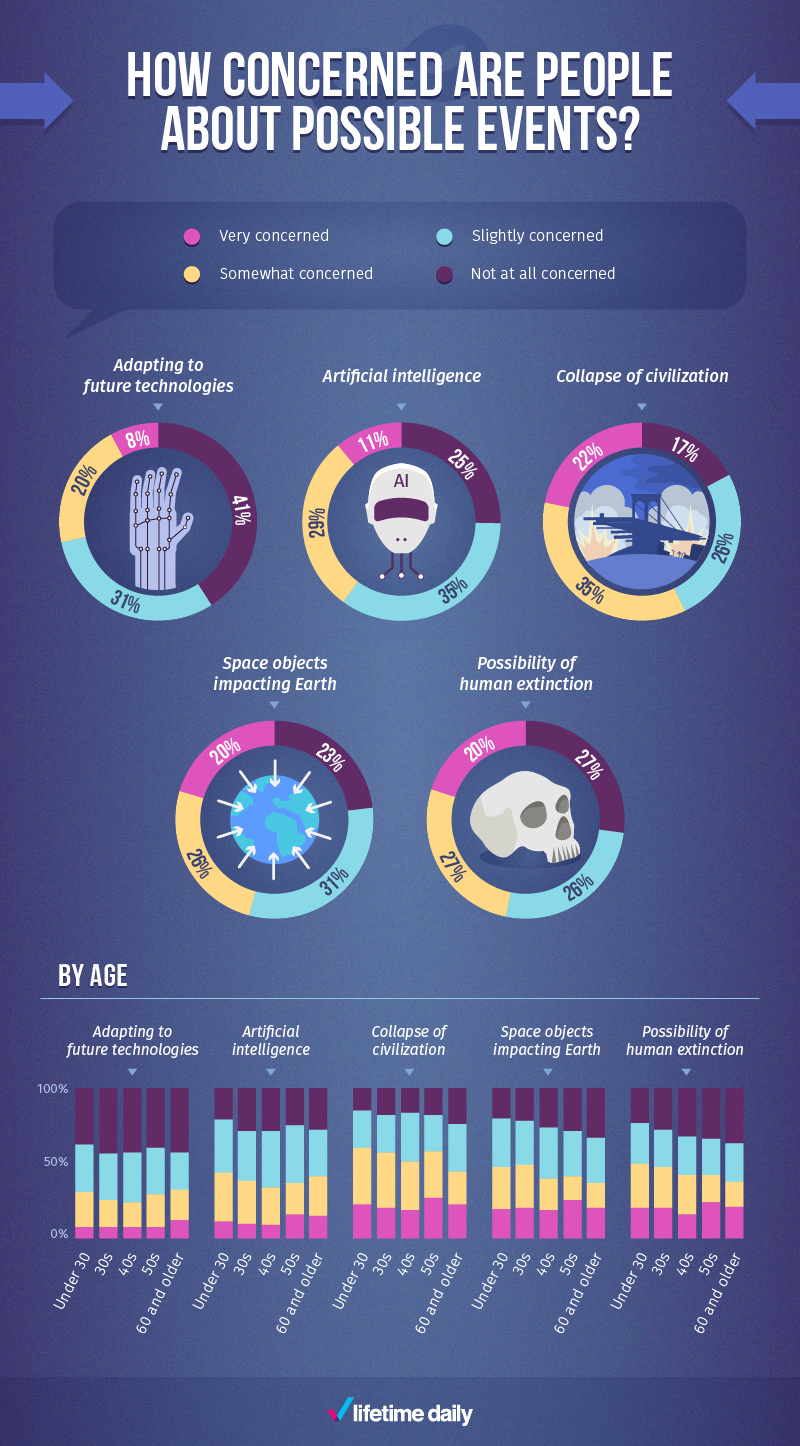 Check out Lifetime Daily to get some tips on staying healthy.