Morality helps us make decisions that we think is proper and to avoid actions that are improper. But a choice one person thinks is just, can be thought as inappropriate to another individual. This is true for different countries and the cultures. Although there are some moral issues that many nations can agree are wrong, many issues vary from country to country. A good example of this would be whether or not premarital sex is morally acceptable.

Premarital sex tends to be a dividing issue. People from different countries have varying opinions about having casual sex. Using data from the Pew Research Center, International Monetary Fund, and World Happiness Report we examine the relationship between acceptance of premarital sex and its relationship with income and happiness. Let’s dive in and see what countries think about premarital sex. 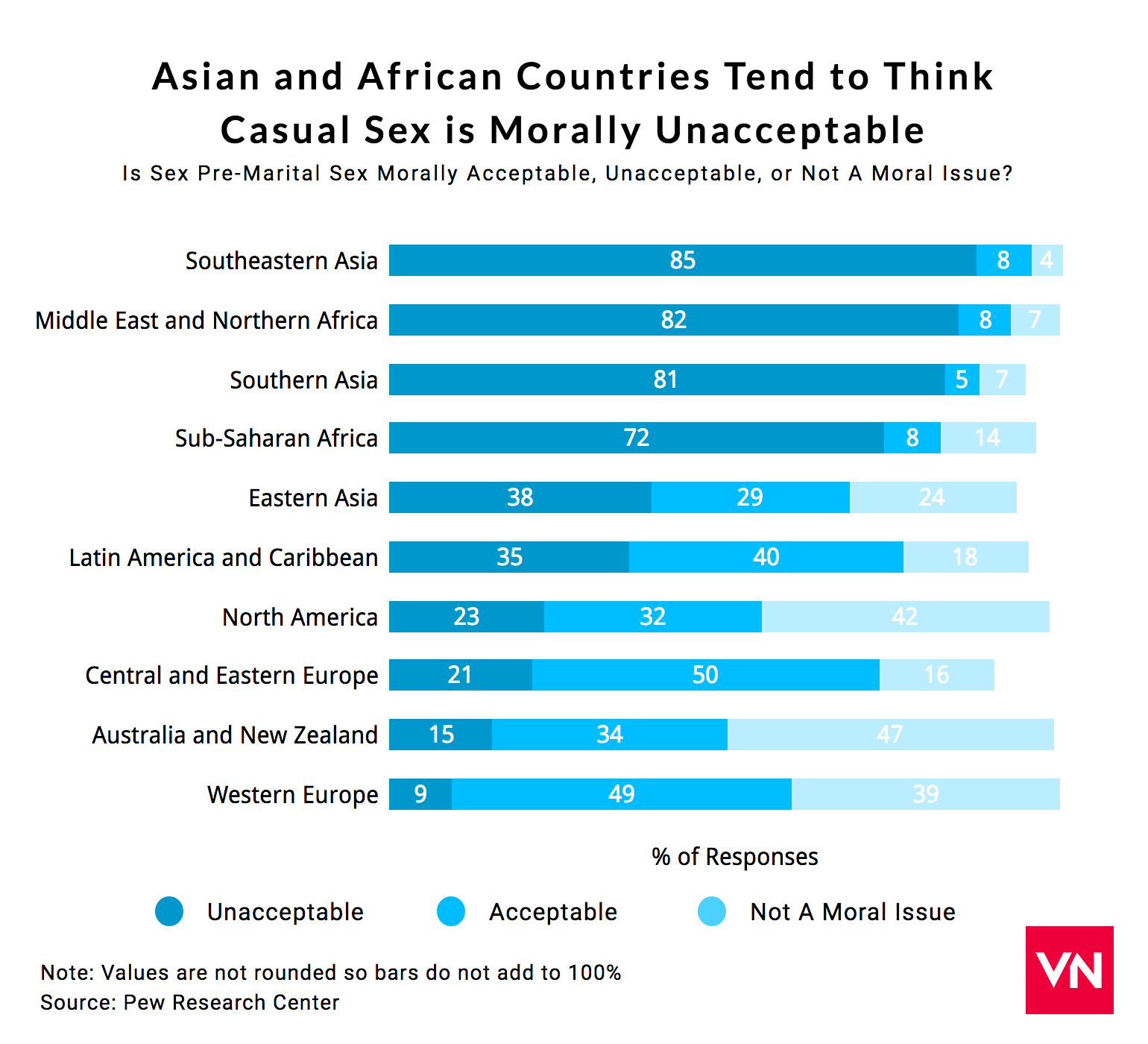 Countries Where a Majority of the Population Think Premarital Sex is Unacceptable Make Less Than $11,000 a year 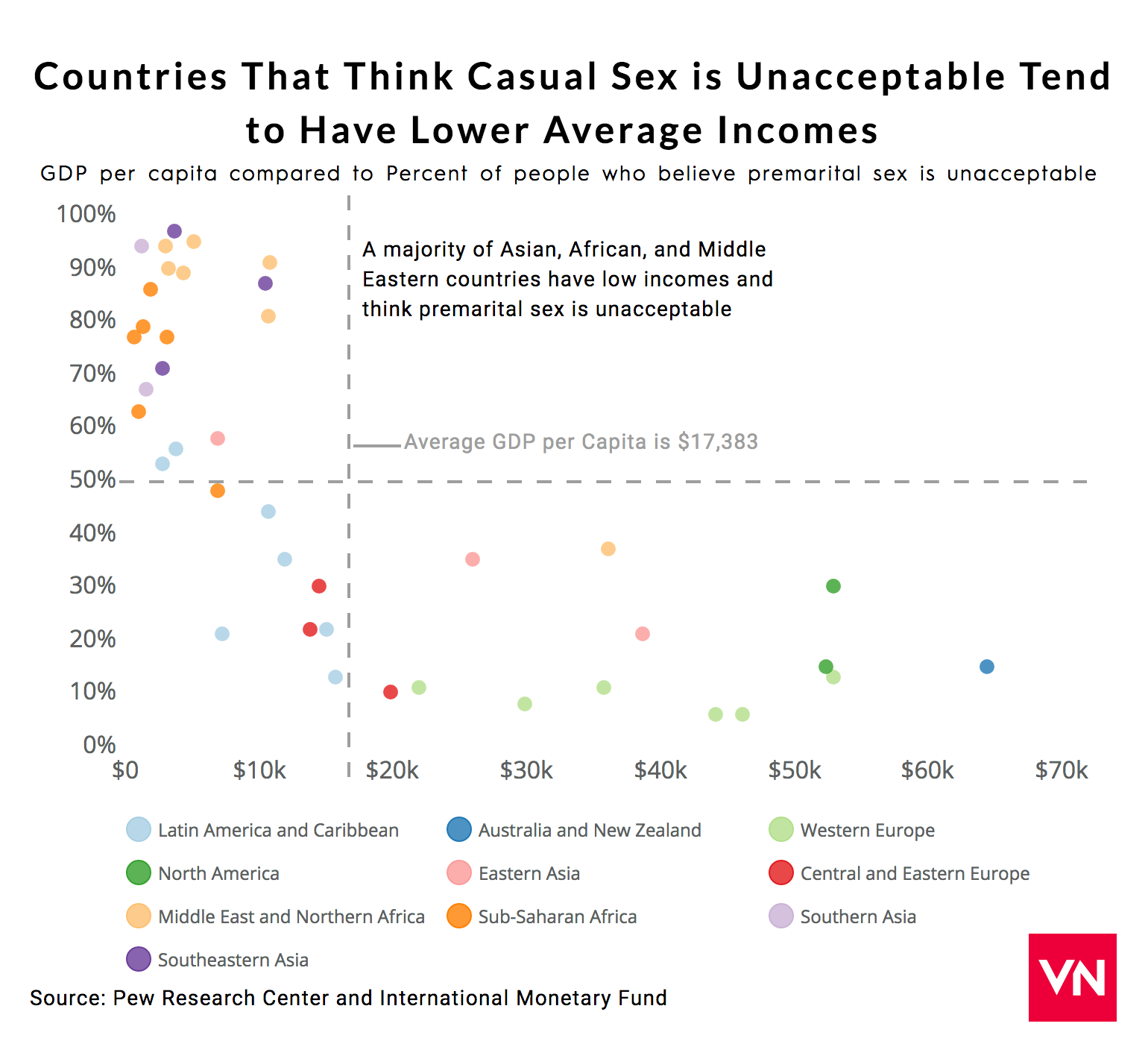 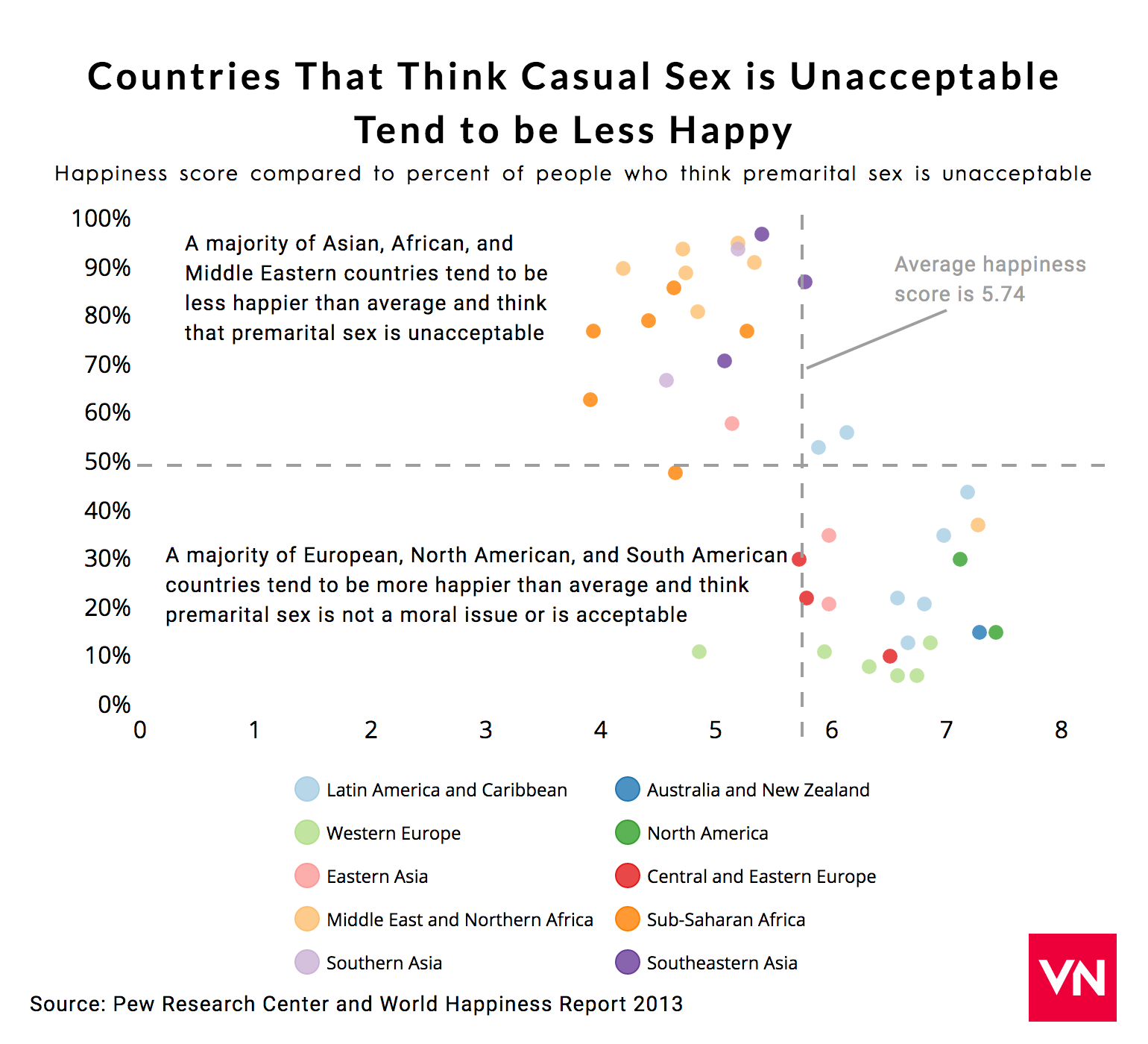