What Are The Odds Of Being A Hero Or A Villain?

Have you ever wanted to have a superpower? What would it be and would you use it to be a hero or a villain? This infographic takes a look at how 2,000 men and women would use their superpowers if they had some.

The survey found that 24 percent of women would want to have super healing power, 19 percent said they’d want a time traveling ability, and more than 14 percent of surveyed women said super intelligence was their preferred power. 29 percent of men surveyed, on the other hand, said they would want the ability to time travel.

When asked what they would do with their abilities, 21 percent of women confessed that they would use time travel to eliminate their enemies and 67 percent of men said revealed that they wanted to use x-ray vision to see through clothes. Men were also more likely (28 percent) to use mind control to make someone fall in love with them.

Surveyed participants that fell within the millennial age range were more likely to say that time travel was their preferred ability while those in Generation X and baby boomer categories favored super healing. Another major difference between generations was that millennials were more likely to risk their pet’s life to use x-ray vision (24 percent), while only 19 percent of Gen Xers and 16 percent of baby boomers would do so. 33 percent of millennials also said that they would risk a stranger’s life for the chance to fly. 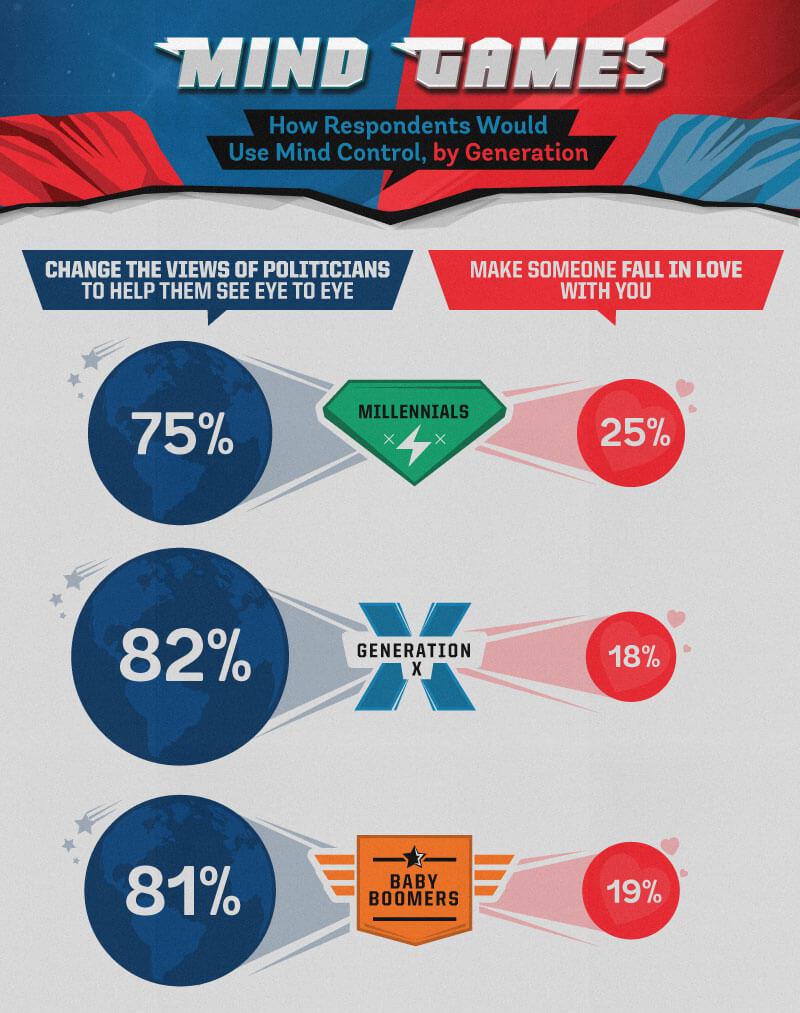 The survey also found that, regardless of religion, many people would use mind control to help politicians see eye to eye rather than force someone to fall in love with them or use super speed to generate an unlimited supply of free energy over breaking every record at the Olympics. As far as time travel goes, most of those surveyed said they would go back in time to bet on the Cubs winning the 2016 world series, while the answers were split when it came to going back in time to save President John F. Kennedy or Martin Luther King Jr. When it comes to flying, more than half of the respondent that makes $25,000 a year or more preferred to fly to a dream vacation destination rather than rescue people from war-torn countries. 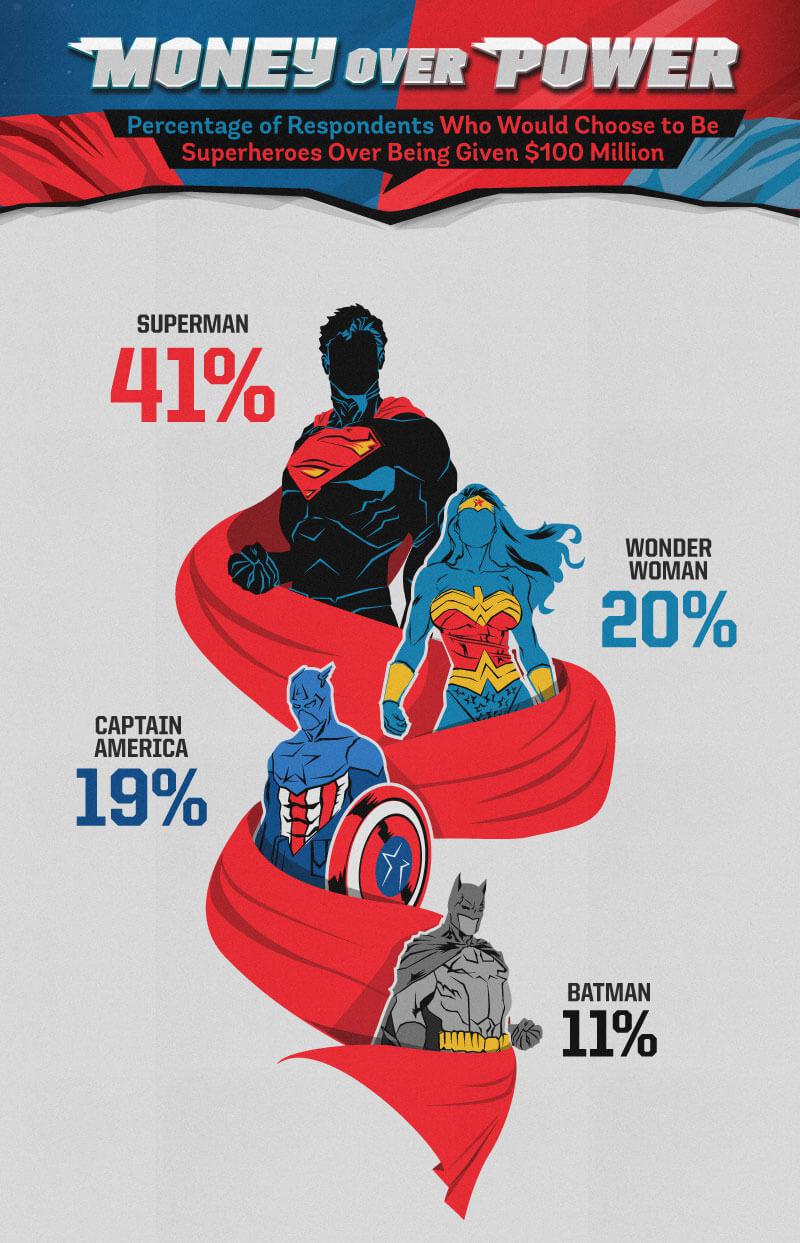