Measuring Markets: Is VR/AR Going To Change The Game?

This article originally appeared on Visage.

Technology fads are met with a variety of responses: some people need it, some are moderately interested in it, and some want nothing to do with it. Virtual Reality (VR) and Augmented Reality (AR) are the newest arrivals. They come with plenty of hype, but will they really break through?

Though they’re exciting, these technologies have some stereotypes to overcome. VR/AR, along with those head-mounted-devices (HMDs), have largely been relegated to the video game world. In reality, VR/AR tech lends itself to a variety of different products and experiences.

VR transports the user to another world through the HMDs, giving them an immersive and responsive IMAX experience. AR allows users to see the physical world with added images and information through the HMD, kind of like Iron Man’s immersive vision. These technologies have many conceivable applications, but only if they are widely adopted.

The Future of VR/AR

As a new product enters the market, in order to project its success, initial barriers like stereotypes and developmental issues must play into the projection. When it comes to VR/AR, some projections give straightforward and optimistic figures, but this is not a very honest and realistic approach. Goldman Sachs released three different projections for the future of VR and AR by 2025, detailing the potential, the barriers, and the risks. 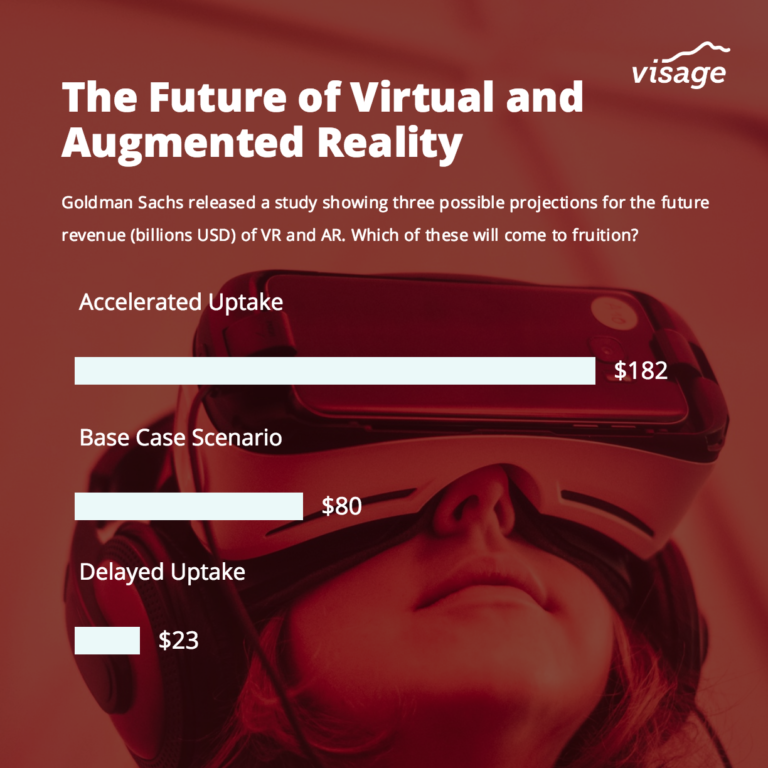 The “base case scenario” implies there will be success but also issues that stunt the overall growth and ability to reach all potential avenues. This moderate estimate predicts the HMDs do well in the market and in overall improvement in VR/AR technology, but mobility and battery life issues give a realistic middle ground estimate.

“Accelerated uptake” takes into account the success of VR/AR in industries other than just video games and entertainment, as well as vast improvements in mobility and battery life. “Delayed uptake” projects the future of VR/AR as staying in the niche video game world and lacking the overall proper improvements in the technology for it to branch out to other industries.

What Would Make VR/AR Succeed?

Both have potential use cases in a myriad of commercial industries. But right now so much pressure is placed on consumers in the video game and entertainment market to buy the required hardware to help kickstart this movement. Insufficient amounts of software and content, along with expensive price tags, are turning potential consumers into skeptics. 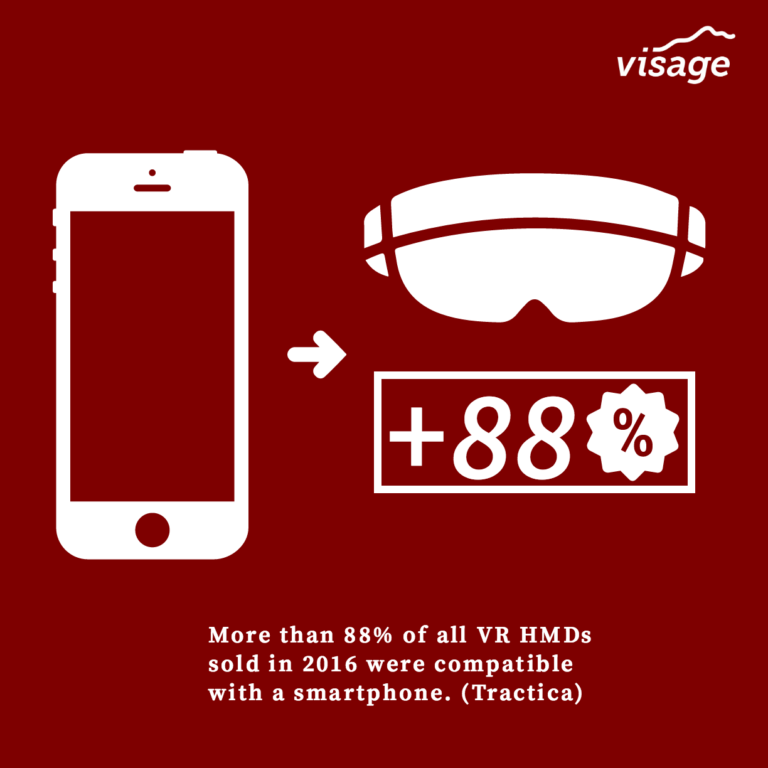 Targeting commercial enterprises could bring a sustainable future for VR/AR. This shift could change VR/AR into a tool, helping in everyday tasks. A new culture focusing on the technology as helpful and necessary—just like the smartphone—could help spark new interest while growing the market size.

The commercial ventures for VR/ AR could benefit:

In these industries, VR/AR would serve well as a training tool, thanks to its immersive or augmented experience. (We currently share office space with Forklift-Simulator, a VR company that provides a lower-cost alternative to tremendously expensive training.)

As VR and AR travel down the road of innovation, success, and failure, the future is very uncertain, but the potential for success is huge. Even if it doesn’t succeed in its current iteration, as technology evolves sometimes one technology can partner with another technology to evolve into the next big thing. The iPod and iTunes software merged with a touch screen tablet concept and cellular data to become the iPhone.

Perhaps the better question is not just will VR/AR succeed, but how might it define future products? Its current iteration relies on HMDs and smartphones, which could be successful enough. But there still may be a missing ingredient that would propel the product into optimum success, giving a long and sustained life to VR/ AR.

We’ll have to wait to find out.