The Most Common Characters Throughout Film History

What characters are the most recurring throughout film history? The most memorable characters in a movie are usually leading or unique roles. However, films are large projects that sometimes require hundreds of people to play minor roles. Looking at the credits of a film always left me in awe. It took around 8 minutes to scroll through the ending credits of the 1996 animated film Space Jam even though it has a fairly short run time of 100 minutes.

In 2016 the global box office revenue was $38.3 billion and the US film and TV industry supported 1.9 million jobs. With the staggering amount of people it takes to create movies, you would expect minor roles to make up a large portion of credited characters in a film. There roles for “Stormtrooper” or “Gladiator” that have been cast hundreds of times for multiple films, for example. We expect that extras would be the most common role but interestingly enough, the data tells us otherwise. The dataset is from IMDB and contains the year, title, names of the characters, actors, and actresses from 3 million films during the time period of 1894 to 2026 (films in future years are ones that have been announced by production studios or are currently in production and slated for a future release date). 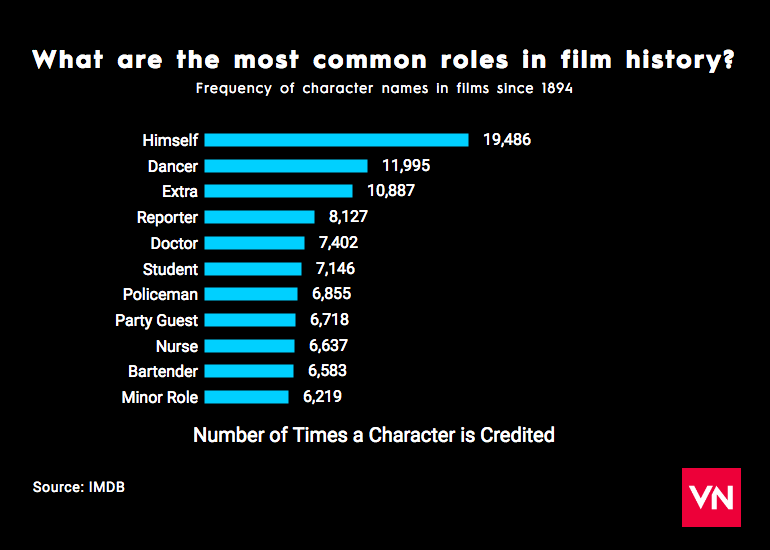 I expected “Extra” to be the most common but the data shows that the role “Himself” tops the list. According to IMDB, the 1982 biopic Gandhi had 300,000 extras in one scene of the film. However, these roles are not credited. This explains why “Extra” isn’t the top spot. The next question would be who are the actors that play “Himself” most frequently? 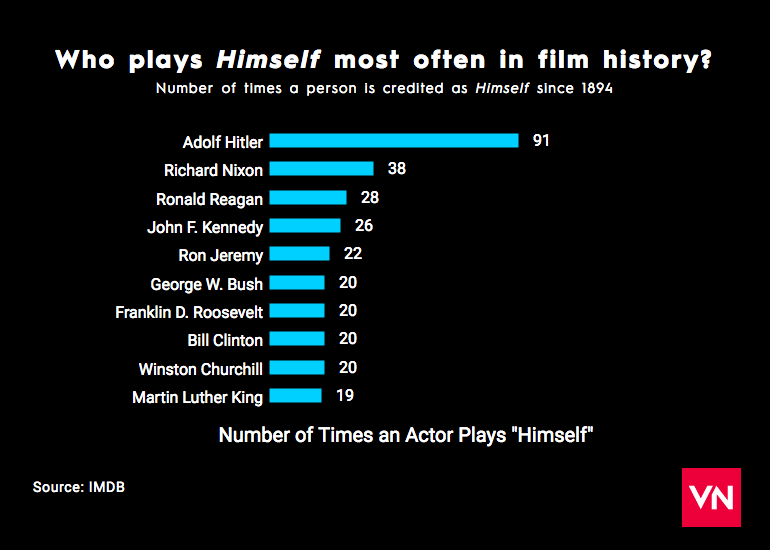 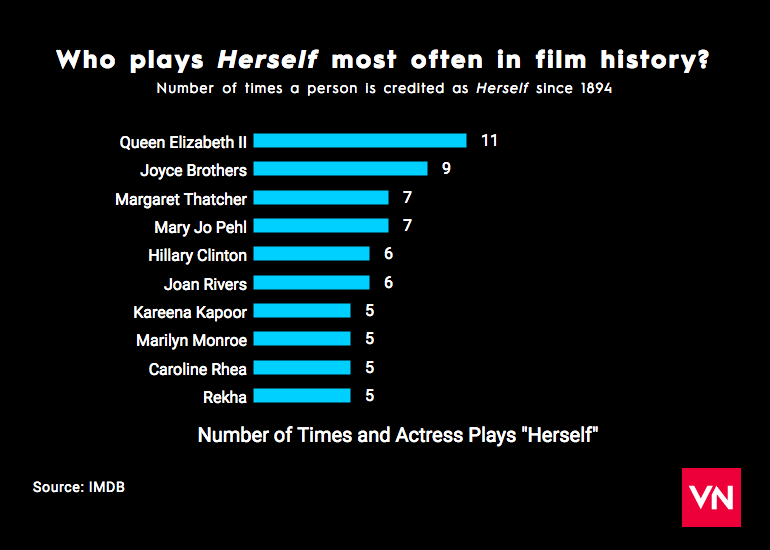 Characters credited as “Herself” are not nearly as common as roles titled as “Himself”. This can be attributed by the gender gap between roles available to actors and actresses. In fact, the amount of roles men have played is double the amount of roles that women have played over the history of film (men have had 2,440,028 roles where women have had 1,171,184 roles).

What turned out to be a look at the prevalence of minor characters throughout history actually turned out to uncover in interesting fact. The most repeated role is actually one of the most notorious and polarizing individual in history. Joseph Goebbels, the Reich Minister of Propaganda, is the man most attributed to the amount of films made about Hitler during his lifetime. However, 62.6% of the roles where Hitler was credited with playing “Himself” are in films released after his death. It seems that the fascination the rest of the world has about the infamous leader seems to be a bigger contributor to the amount of his self-credits.