Technology has inarguably changed the way we work, and as a result, we’re more productive. Surprisingly, technology has had a slower start to catch up with one of the fastest growing workforces in the U.S. field service—also known as the mobile workforce.

In 2015, Mobile workers made up 70% of the total U.S. workforce, and this number continues to grow.

In the past, mobile workers, who range from occupations like electricians to at-home nurses, have used manual methods to track their time, mileage, and other important client information while on-the-go. However, as the number of field service workers continues to increase, CIOs and Ops Managers have voiced that they need more effective ways to centralize information that’s incoming from these workers and analyze it all to make wiser business decisions at a faster rate.

By 2020, it’s expected that there will be 105 million mobile workers in the U.S. compared to 40 million non-mobile workers.

Enter: Skedulo, an all-in-one app and software that allows real-time interaction between a “home base” and the mobile worker. In addition to on-the-spot communication, Skedulo syncs with CRMs to help businesses improve process, strategy, and ultimately: profit.

The opportunity presents itself within the changing workforce in general. Baby boomers are retiring or nearing retirement, while tech-fluent millennials are representing a bigger piece of the job market. With workers who are already pros with using smart devices, onboarding this type of software is easier than ever.

In this comic-book inspired infographic designed by Column Five, you can witness the battle between “Manual Mayhem,” who aims to sabotage the mobile workforce with continued use of old-school methods, and “Super Software,” who fights for field service organizations to be as efficient as possible.

The newest generation of Samsung’s 4K televisions stretch its bright, vibrant QLED tech into bigger and bigger screens, topping out at the 88-inch Q9 the company introduced at CES in January. Clearly, these giant TVs are aimed at the home theater market. But the tech giant isn’t content with …
Source: CW’s Flipboard Feed

We would like to share the latest mobile design from Tubik Studio. We’ve published their work before on Abduzeedo but we truly admire their philosophy to always innovate; especially what’s regarding mobile interactions. Getting inspired by new UX interactions are always refreshing and pounding your mind to create or have them in mind during your next wireframe session. Hope you will enjoy!

Tubik Studio is a design agency focusing their work into mobile/web design and development, motion design, graphics and branding. Currently based in Dnipropetrovsk, Ukraine, I would hit their Dribbble from time to time and they always share really inspiring interactions and UI inspiration. Definitely worth a visit.

The Wrong Camera! I Know You Can Relate To This Lego Stop Motion Short! Filmmakers, Make Time To Watch

If you’ve ever worked with a client, especially one who thinks they know cameras but really don’t know what the hell they want, then you’re going to …
Source: CW’s Flipboard Feed

Guess The Correlation: A Game About Data Perception

“Guess the Correlation” is a human-based computation game that, while mildly entertaining, its main focus is on collecting information about how people perceive correlated data in scatterplots. The game asks players to guess how correlated two variables in a scatterplot are using the Pearson correlation coefficient (PCC). The more accurate the guess, the better. 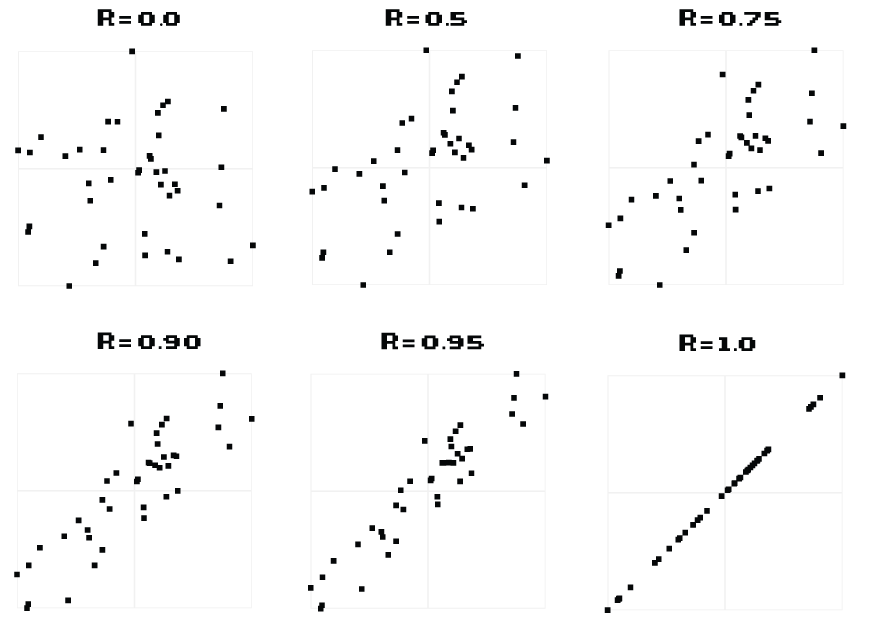 Every time a player guesses a correlation, the date, time, IP address, and data is automatically gathered and stored. The information collected is evaluated for statistical purposes and kept completely anonymous. If you want to help expand the stats, check out the game here.

As NAB 2017 draws near, we’ve rounded up the juiciest rumors to get you thinking about your next camera upgrade.<p>Whether you are looking for a new …
Source: CW’s Flipboard Feed

We are featuring this conceptual illustration series by Leo Natsume for a potential Nike campaign. A campaign about getting out without fear and facing your challenges. You might recognize the faces from Lebron James, Neymar and Serena Williams; gotta appreciate the texture work. Stunning work!

Published on Behance, we are sharing the work from Leo Natsume. He is a designer based in Porto Alegre, Brazil, he focus his work into illustrations and UI/UX. We have featured his work before on Abduzeedo and it’s always great to see his latest work.

I created some conceptual illustrations (procedural drawings) for a potential Nike campaign. The project is about getting rid of your fears and facing challenges with style.

A photo challenge! It’s an open concept that is made purely for fun and also to improve your photography or mobile photography skills. The idea is simple! At the beginning of the week, we’ll share a theme through a hashtag for your pictures. During that given week, you will use that hashtag whenever you seem is appropriate or not. On Friday we’ll select and publish our favourite photos on the blog and also on Instagram account (@Abduzeedos). We look forward to see what you will come up with.

This for this week, we are going for the hashtag: –> #abdz_photoaday. We are opening this theme to you guys and share whatever inspires you. Why do you take pictures? What do you like about it? Share also if you have any suggestions for the next following weeks, we’ll be interested to hear. Fabio (who started this challenge) is on a daily mission to post once a day. Each day, making time to express his creativity through a picture. Join us! This is how the Master of Suspense made audiences become voyeurs whether they wanted to be one or not.

Watching Alfred Hitchcock’s 1954 thriller Rear Window is an interesting and somewhat unusual experience. On one hand you’re a passive spectator watching a film about a recently-incapacitated photographer spying on his neighbors out of boredom, but on the other you are an extension of good ol’ Jimmy Stewart’s intrusive gaze. In essence, you become another person confined to that stuffy old apartment with nothing more than a pair of binoculars and a morbid curiosity that goes a little too far. But how does Hitchcock put you into that voyeuristic role? That’s a question that Matt Draper answers in this interesting video essay.


For all intents and purposes, Rear Window is a film about voyeurism, so it makes sense that Hitchcock’s approach to the film would be to force audiences to become voyeurs. And there are a lot of cinematic elements at play in Rear Window that help put audiences into the role.

Watch: Creating the Perfect Blend of Suffering, Sorrow, and Humor for a Tragicomedy How do you write a story that has elements of both comedy and tragedy?

Plenty of those in the film industry have offered their commentary on the dichotomy between comedy and tragedy. Charlie Chaplin once said, “Life is a tragedy when seen in close-up, but a comedy in long-shot.” Carol Burnett said, “Comedy is tragedy plus time.” Even Aristotle speaks about these literary elements in Poetics. So, clearly the two are closely linked, but how have screenwriters used this relationship to create stories that are equally hilarious and heart-wrenching?