This Is How Minorities Have Been Excluded From The American Dream 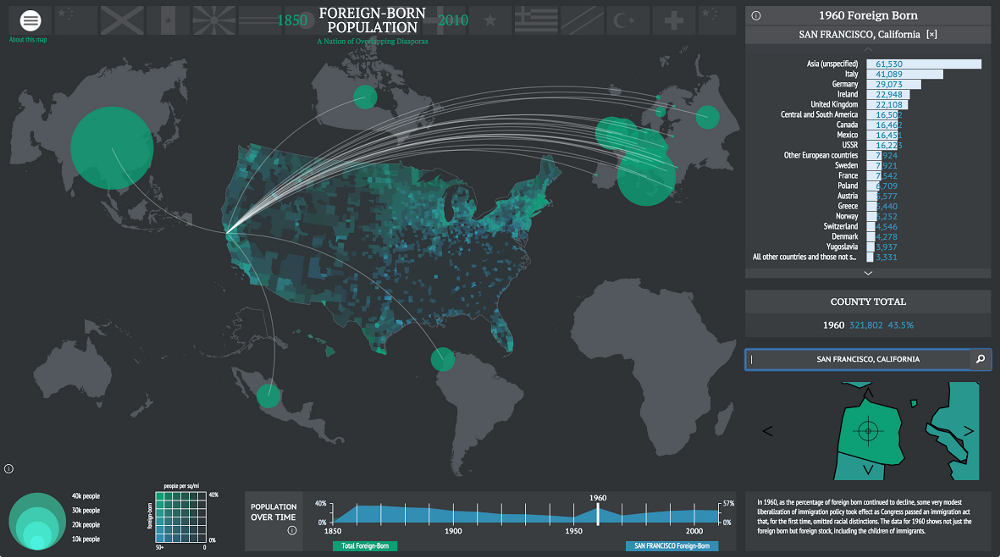 From the American Panorama Project

The project is described as follows:

“Mapping Inequalities updates the study of New Deal America, the federal government, housing, and inequality for the twenty-first century. It offers unprecedented online access to the national collection of “security maps” and area descriptions produced between 1935 and 1940 by one of the New Deal’s most important agencies, the Home Owners’ Loan Corporation or HOLC.”

During the Depression, HOLC enlisted the help of mortgage lenders, developers, and real estate appraisers in roughly 250 cities to generate color-coded maps that rated the worthiness and liability of neighborhoods and metropolitan areas. The maps and collected notations were then used for creating the rules of real estate practice for almost a century. Since their initial creation, the maps have also provided the evidence needed for urban studies in the fields of economics, history, law, and sociology. Using the information gathered from the maps and accompanying documentation, Mapping Inequality exposes the relation between administrative culture, economics, racism, and the built environment.

Mapping Inequalities allows visitors to access various HOLC records, including more than 150 interactive maps and 5,000 specific region descriptions, that present Depression-era America from the perspective of developers, realtors, surveyors, and tax assessors. Looking at the maps, visitors can see how cities were divided by racial groups and environmental risks and how these separations led to past state actions (and inactions) and present-day American problems.

During the Great Depression of the 1930s and the New Deal, HOLC and the Federal Home Loan Bank Board were both instrumental when it came to home ownership protections and expansions, lending practice standardizations, and residential and commercial real estate investment stimulation. They would eventually work with public and private sector partners during the middle third of the twentieth century to generate millions of jobs and assist millions of Americans to buy or keep their homes. During this time, the federal housing programs increased the practice of racial and class segregation by establishing the idea that real estate speculation and environmental degradation would lead to America’s economic restoration and prosperity.

Scholars now describe HOLC’s property evaluations and risk management procedures, along with the practices of the Federal Housing Administration, Veterans Administration, and U.S. Housing Authority, as significant contributions to the continuation of racial segregation, intergenerational poverty, and enduring wealth gap between white Americans and minorities in the U.S. Mapping Inequalities provides visitors an idea of what housing policies were like in the New Deal era and how these guidelines have since affected the interaction between wealth and poverty in contemporary America.

Check out the project here.