Here Are The Facts About Immigrants In The U.S.

There’s been a lot of talk about immigrants in the news lately since the Trump administration announced the travel ban. Many people have expressed their concerns about the number of people coming in from the seven countries targeted by President Trump, but the truth is that visitors and immigrants from the countries listed only make up about 2 percent of all the foreign-born people currently residing in the United States.

For many of these people, the ban does not affect them because they are naturalized citizens. But for the tens of thousands of others with permanent resident status, their position is not as clear due in part to administration officials’ statement that they might be susceptible to inspection if they choose to travel abroad. Visa holders also risk not being able to return to the United States if they leave the country.

To get a better look at the people who have settled in the United States, The New York Times created a series of charts and maps to show what these people are doing now.

Have a look at some of the information they gathered: 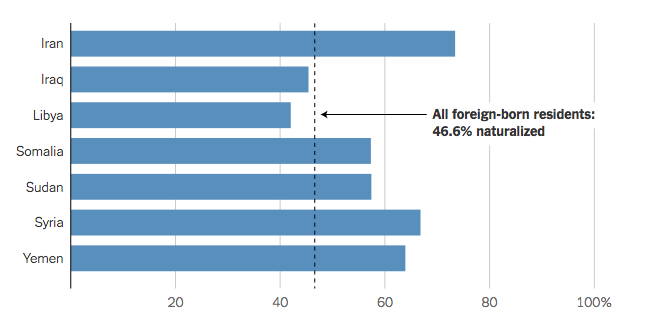 Settlement in Each State: 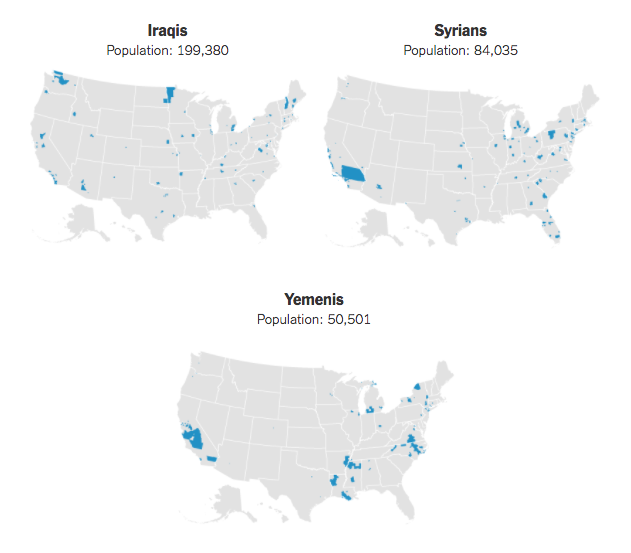 Check out their full report here.