These Clever Ads Will Make You Take A Second Look

Agency WCRS is no stranger when it comes to making powerful ads. The “Look at Me” billboards released back in 2015 for Women’s Aid combatted domestic violence by drawing viewers’ attention to the warning signs of domestic violence that often go unnoticed. The digital billboards featured a woman’s bruised face, but when more bystanders looked at her, her bruises would fade.

But domestic violence doesn’t always leave a physical mark. It can be hidden from the world in the form of a person who slowly dominates every aspect of your life—what you eat or what you wear or even how you spend your money. This is known as “coercive control” and it’s something that is quite difficult to recognize if you’ve never experienced it. That’s why Women’s Aid and WCRS released a new series of ads to shed more light on the role of coercive control in domestic abuse.

The ad from a distance:

A close-up view of the same ad: 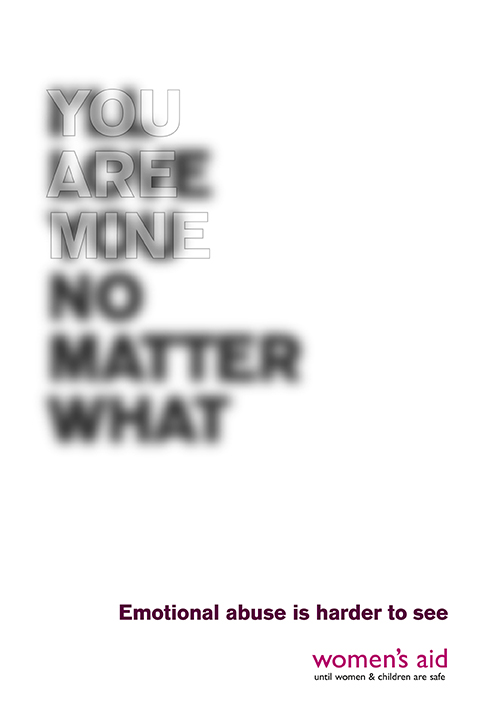 “Coercive control is the heart of domestic abuse,” says Polly Neate, CEO of Women’s Aid. “Physical violence often comes at a later point in an abusive relationship; what comes first is the systematic destruction of a survivor’s self-esteem and autonomy, piece by piece.” 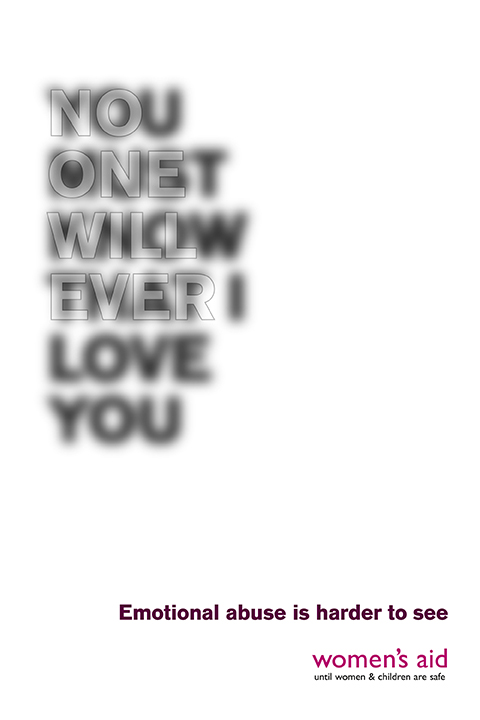 Utilizing the displacement effect, a technique that allows viewers to see different versions of the ad depending on where they are standing, the words on the billboards transform from loving sayings to controlling and abusive phrases.

The frightening part about coercive control is that the words can sound tender and caring, not only to those outside of the relationship but also to the person being abused. Because oftentimes the threats are hidden amongst loving words, victims even begin to question themselves. 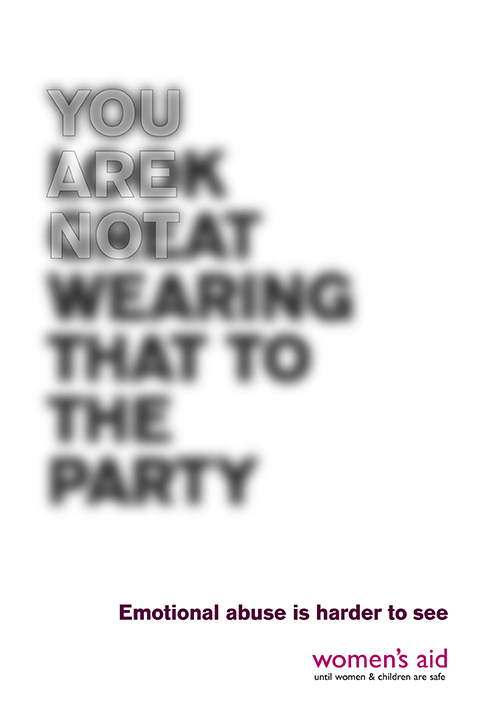 The ads will be visible on roadside locations, donated by 8 Outdoor, with long dwell times in London, Birmingham, Leeds, and Edinburgh, making both messages easily viewed by drivers.

“The opportunity WCRS has always sought with Women’s Aid is to marry messaging with an element of the interactive,” says executive creative director of WCRS Ross Neil. “Interactivity on a media site that consumers speed past in seconds is therefore slightly limiting. Limiting can also be a challenge to creativity; that is why we are so proud of this piece of work. It uses the displacement illusion to deliver hidden messages to consumers, depending on their distance to the media site. Super simple, super effective.” 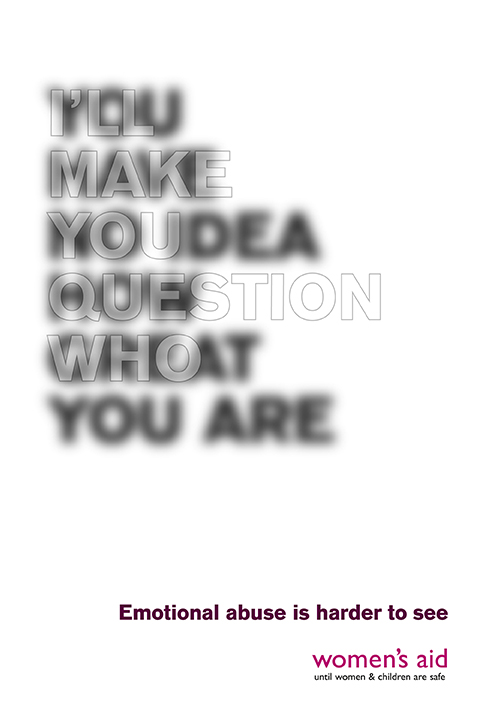 “Women’s Aid campaigned to have coercive control recognized in law, and we are thrilled to have the support of 9 Outdoor and WCRS in communicating what coercive control is to the world in such a cutting-edge way,” says Neate. “If we do not understand the nature of domestic abuse, we cannot reduce or prevent it—but this powerful campaign will go a long way to helping many more people understand that reality.”