New At Photography? Check Out This Helpful Visualization

DSLR cameras are fantastic for taking stunning photographs, but if you don’t understand how to use them, it’s an expensive purchase. There are so many settings to consider—shutter speed, aperture, exposure—that it can get a bit overwhelming. “Even speaking to a photographer friend of mine who works for a pretty prestigious company in London,” Simon Roberts says, “he spent a lot of university struggling to understand how his camera operated.”

Roberts, who is a freelance graphic designer and animator, ran into problems of his own while teaching himself how to use a DSLR for motion graphic projects. That’s why he created Photography-Mapped, a screen-printed graphic that lays out the various features of a DSLR camera and their functions. The website even includes an interactive that shows users what happens when the camera’s exposure is adjusted.

Normally, camera exposure is represented by an “exposure triangle,” a triangular graph that shows how aperture, shutter speed, and the sensor are all related. But for Roberts, this interpretation was too complex. He also felt that it, and other metaphors, were lacking a crucial component: time. In Roberts’s version, he simplified the approach to understanding exposure and then animated his diagram, creating a new digital tool for photographers.

The two-color diagram features the physical components of a camera with four columns detailing how the lens, aperture, shutter, and sensor operate. There is also a section about how an exposure is measured and its importance. The columns are arranged in the order of the sequence, further illustrating how all these components work together. The interactive gives users the opportunity to put their newfound knowledge into practice. 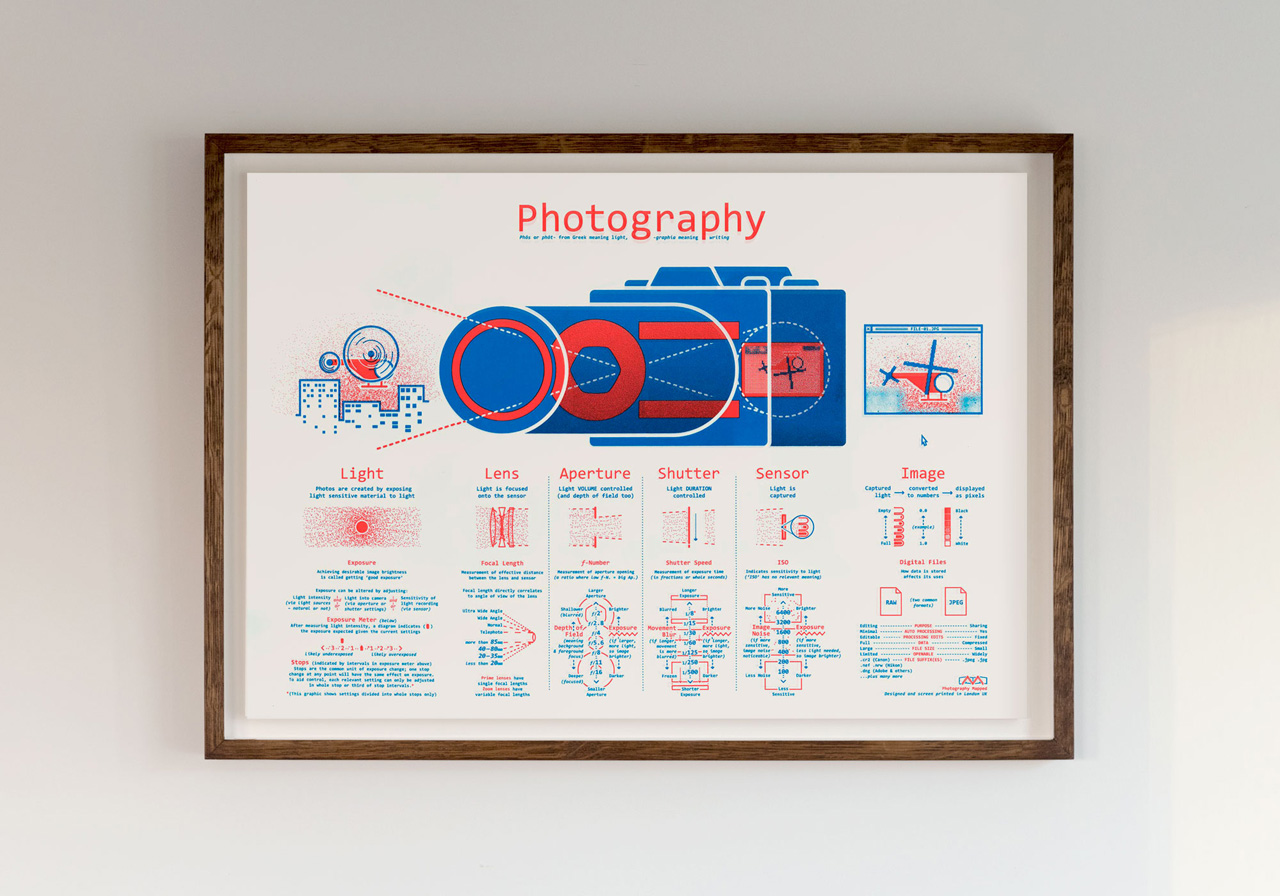 “Knowing the order in which the light comes in is important to me,” Roberts says. “You have the aperture that is restricting the volume of light coming in. The shutter restricting the time and the sensor emitting more or less light based on what you want. That sequence, and knowing that’s how it actually works, for me, was the ‘aha’ moment.”

Have a go at the interactive here.